A small to medium-sized crab spider, camouflagued on grey bark where it hunts during the day, recorded from North Queensland to Victoria in coastal areas. Males have relatively longer legs than the female and a noticeably more slender abdomen. Mascord observed this species builds a retreat brood chamber by folding a leaf tip like Cymbacha species. He reports seeing it hanging by a strand of silk at night but only before the retreat is built. After the retreat is built the female stays in it or very close by, guarding the clutch of 30 or so opaque, cream-coloured eggs, each about .6mm in diameter. Silk is not used in prey capture, a wide range insects are ambushed and siezed in the front legs (Mascord 1970, 1980). The Latin cineraceus means grey. For a time this spider became known as Tmarus cinerascens due to an error of transcription in Roewer's catalogue of spiders 1941-1955. ♀ 7mm ♂ 5mm 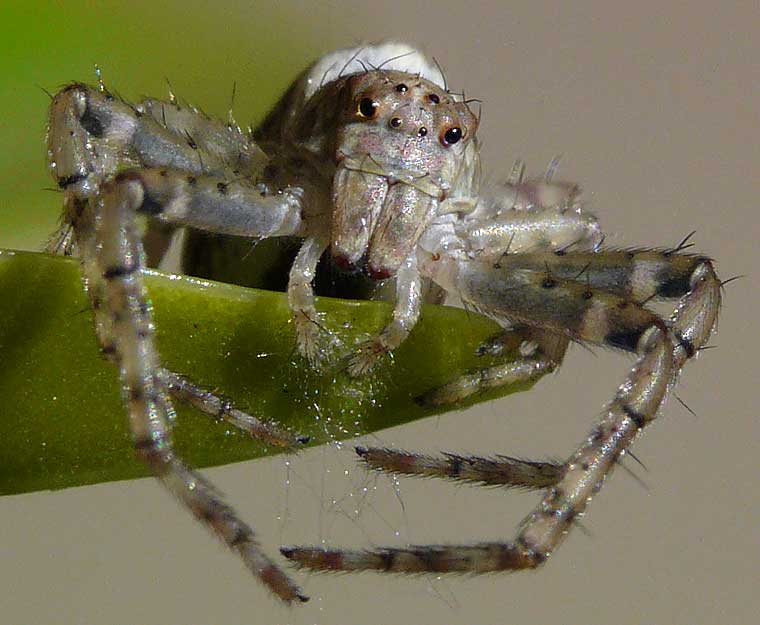 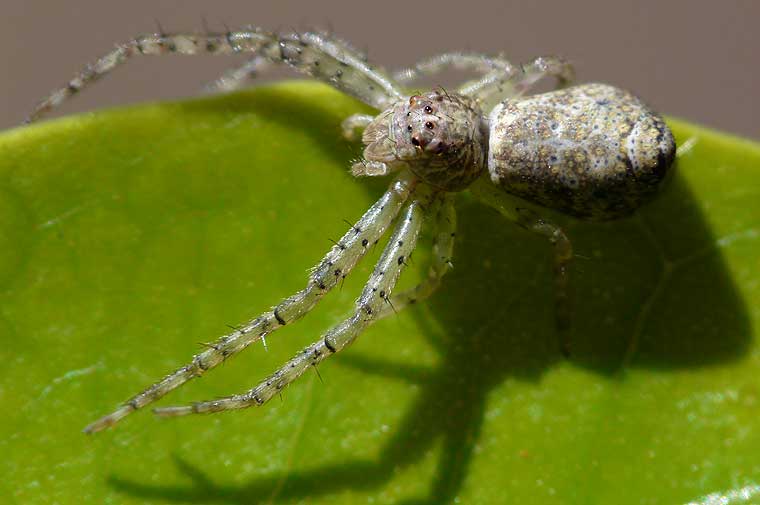 This spider has a habit of raising its abdomen displaying the diamond shaped dark mark on the undersurface. This the "threat display". 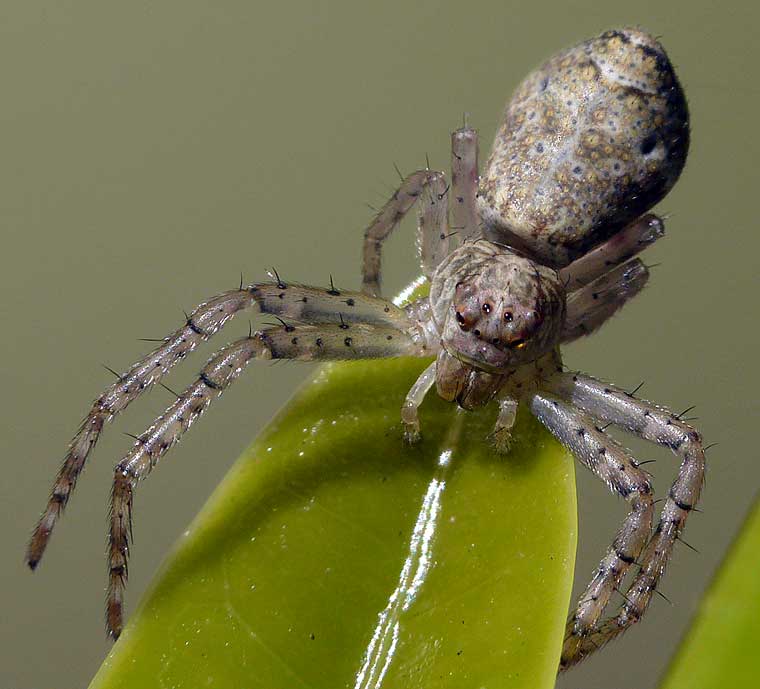 Displaying underneath of abdomen 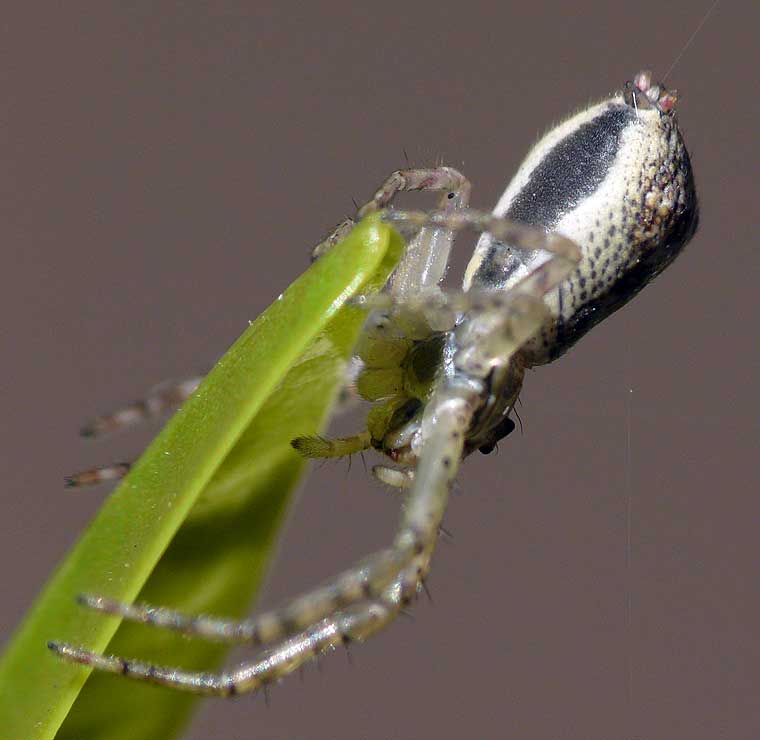 Close up of face 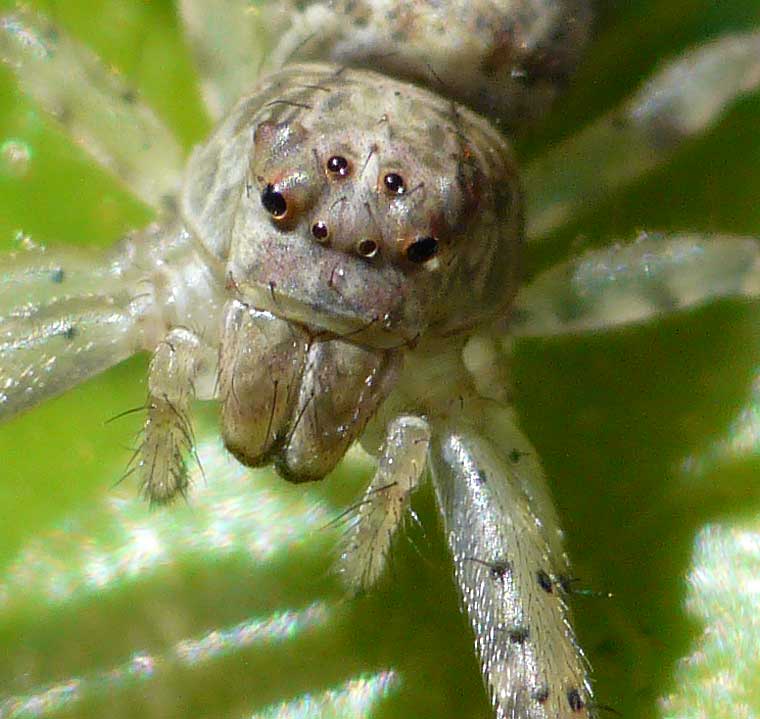 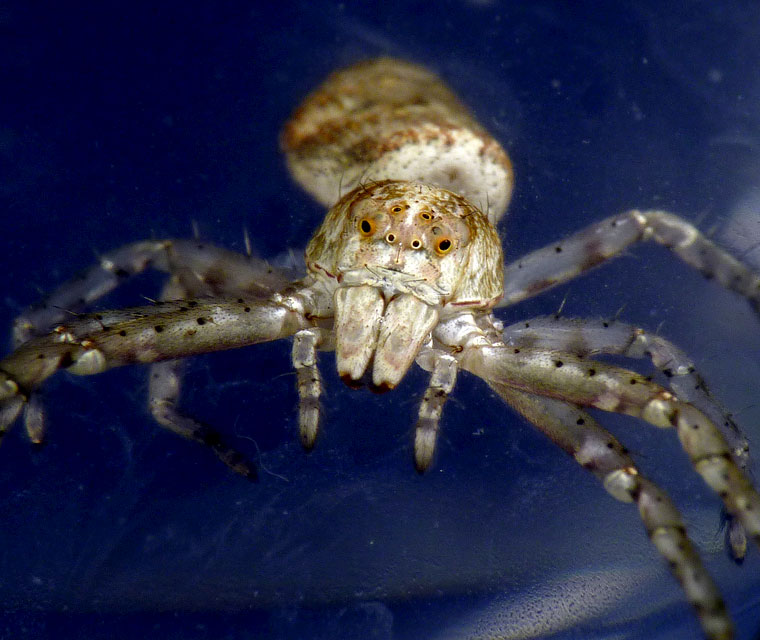