A medium sized spider, quite large for a Moneta species, Body length of females up to 10mm. Its habit is to lie flat against any surface. The overall shape and colour gives the impression of a terrestrial squid, having a raised abdomen after a flattened cephalothorax, the underneath of the spider flattened and pressed against the surface where it is stretched out. The species was described by Rainbow in 1920 from specimens collected on Lord Howe Island. No further specimens have been described, though it appears quite common in Queensland in dry and subtropical rainforest. The species name means variable, suggesting that the individuals may differ in appearance from place to place, and even in the same location.

This specimen in the collection of Dr Greg Anderson. 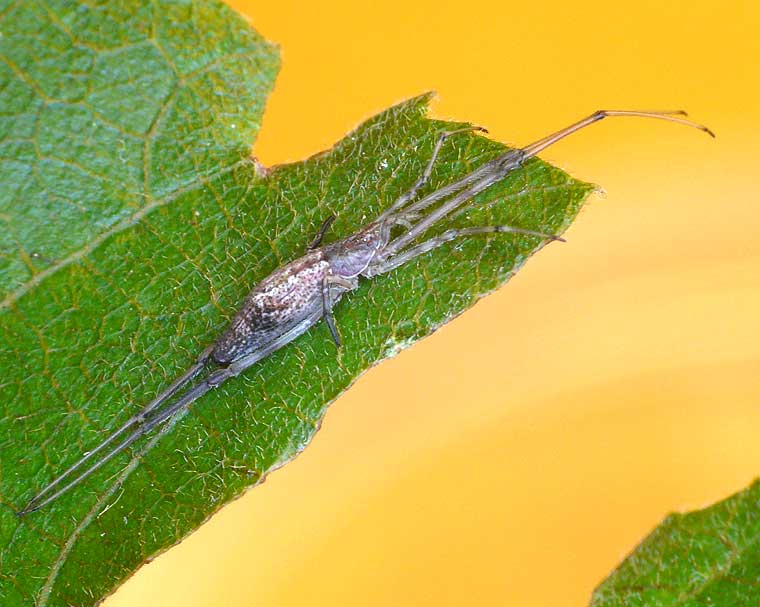 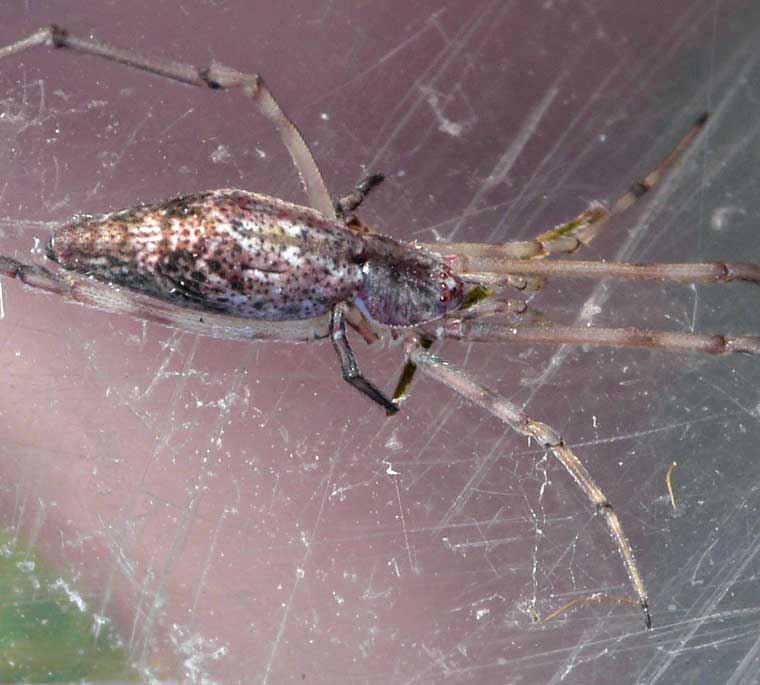 Female adult Mt Glorious (or another species) from above 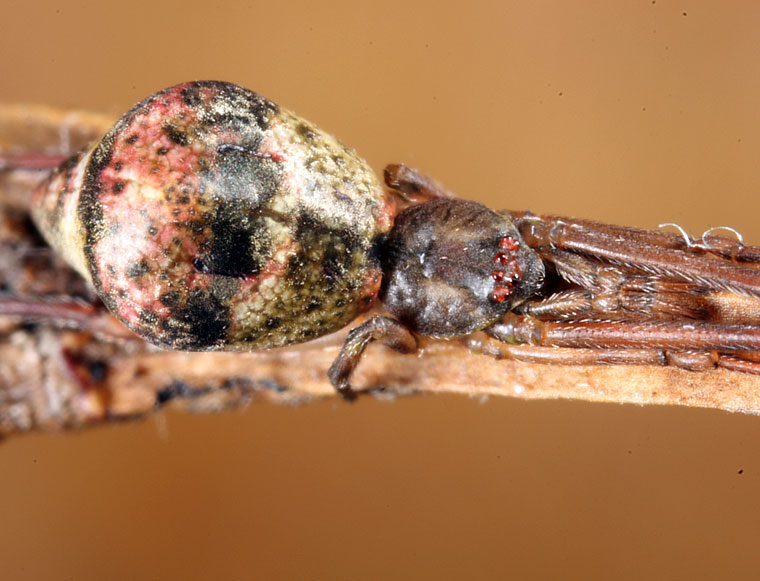 Female adult Mt Glorious (or another species) from side 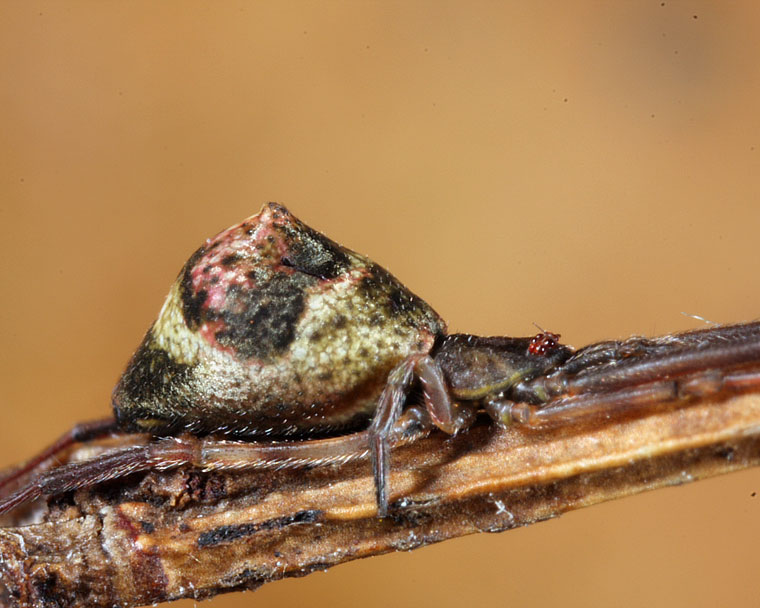 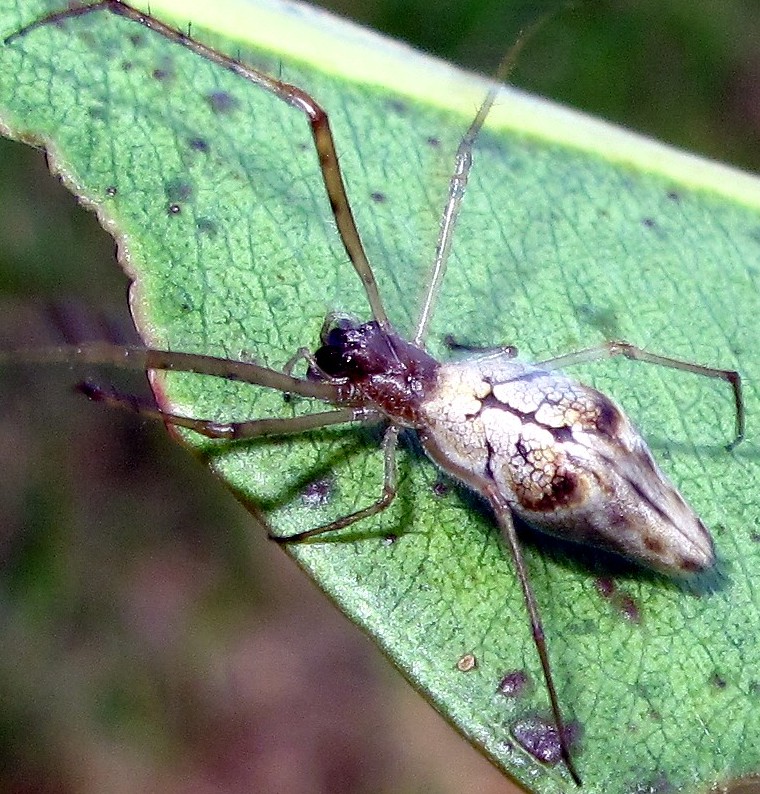 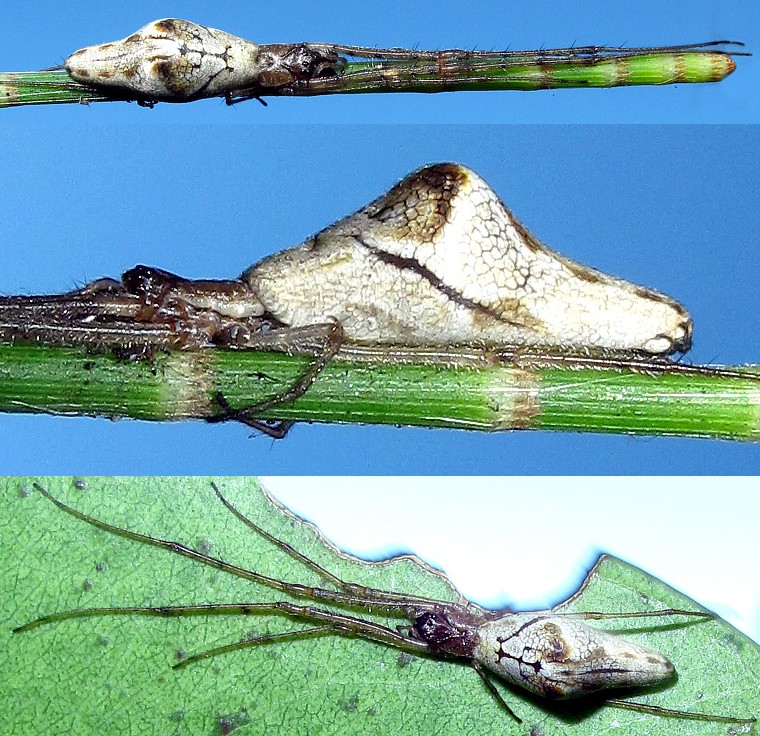