The median band in H. crispipes is narrower than onefourth the carapace width. The abdomen is irregular dark grey with a yellow-brown median band and a brown lanceolate heart mark with indistinct darker edges, continuing into a triangular, dark grey pattern in posterior half. Leg formula IV  I  II  III. The size variation within H. crispipes is considerable and populations from offshore islands and reefs appear to be on average larger than the mainland specimens. Hogna crispipes is found on mainland Australia and offshore islands and reefs in the East and West of Australia as well as in New Zealand and on several Pacific islands. The original description of H. crispipes was based upon male and female syntypes from Bowen and Rockhampton deposited at the Museum Godeffroy (L. Koch 1877). 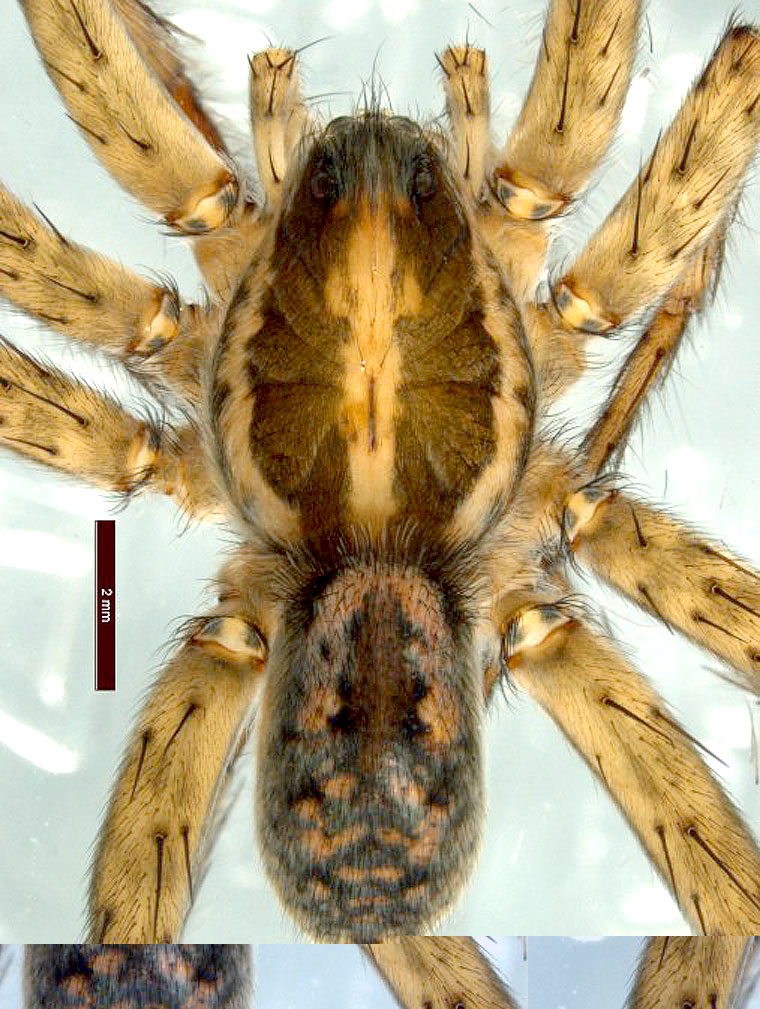