A large, pale-fawn spider with darker head and jaws known only from the Carrai Plateau in northern NSW where it lives in the entrances to limestone caves in moist forests. The spider waits head down on a ladder web of sticky, cribellate silk, extending its front legs until the claws are near the ground. When prey comes within range, the spider scoops it onto the web. This spider was important in establishing the idea that all modern spiders may have evolved from ancestors capable of building cribellate webs. The genus name comes from the Latin pro before, gradus step and ungula claw. The species name is from its presence on the Carrai plateau. ♀ 12mm ♂ 12mm 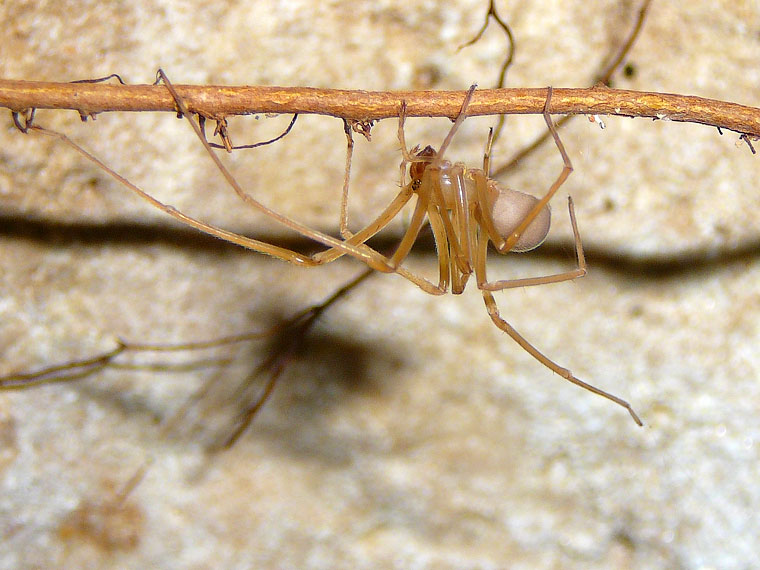