Recognised informally from the photo by Wayne Maddison as an Astioid similar to specimens he found in Papua New Guinea. It is a unident, with a single tooth on the retromargin (inside or near margin) of the chelicera (jaw), with a small, sharp tibial apophysis (spike on the pedipalp's tibia) projecting at right angles to the tibia from a swollen base. Its embolus (inseminating organ of the male palp) is vastly distended before narowing just prior to a short and pointy tip. When viewed ventrally, looking at the underneath, the left palp has a strong clockwise facing bulge at the base, and a transparent sclerotised 'shield' across the middle. It has a somewhat chunky body, coloured black and brown with white and orange hairs, with almost equally-sized rather frail legs, the first pair somewhat stouter especially the femur. It lives in low foliage and leaf litter in high altitude rainforest at Springbrook Mountain South East Queensland. Nothing is known about its life cycle or biology. The female is yet to be discovered. ♀ unknown ♂ 4mm

Male adult from above 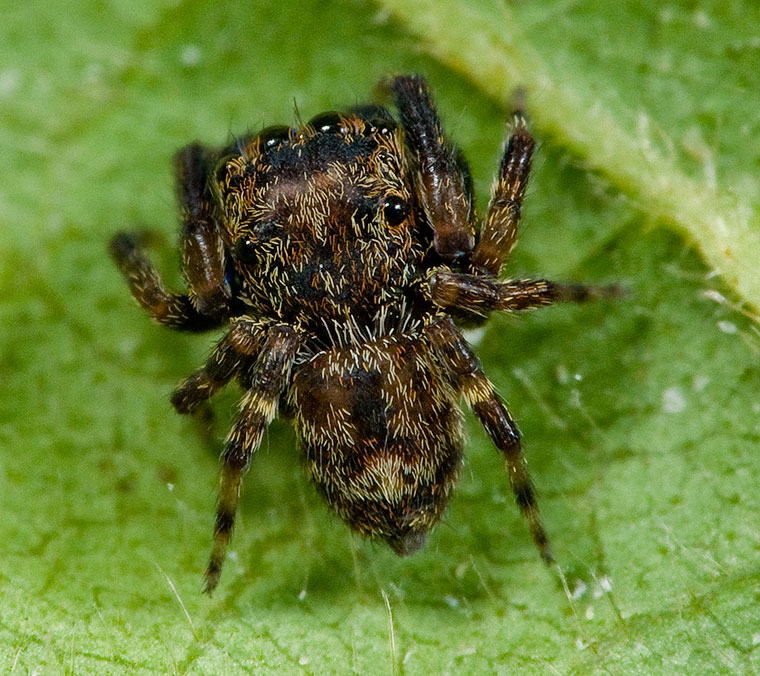 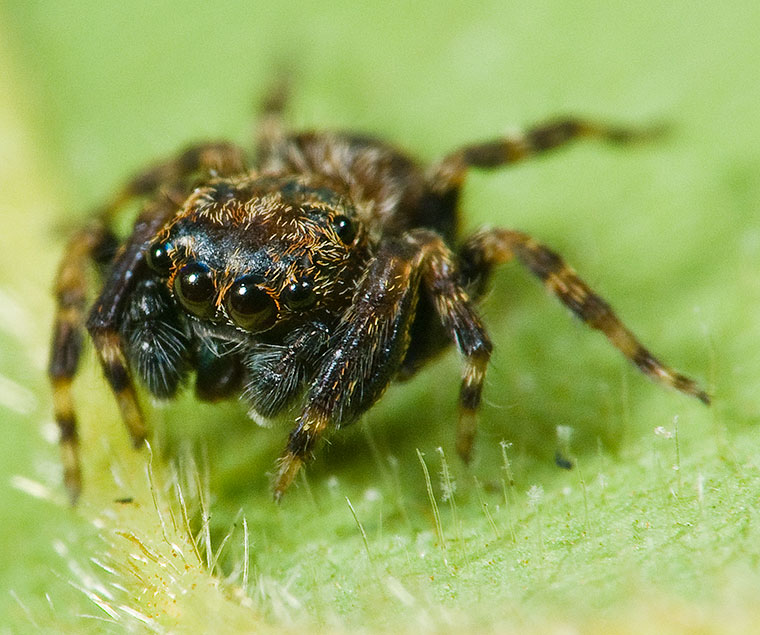 Palp, side and ventral views 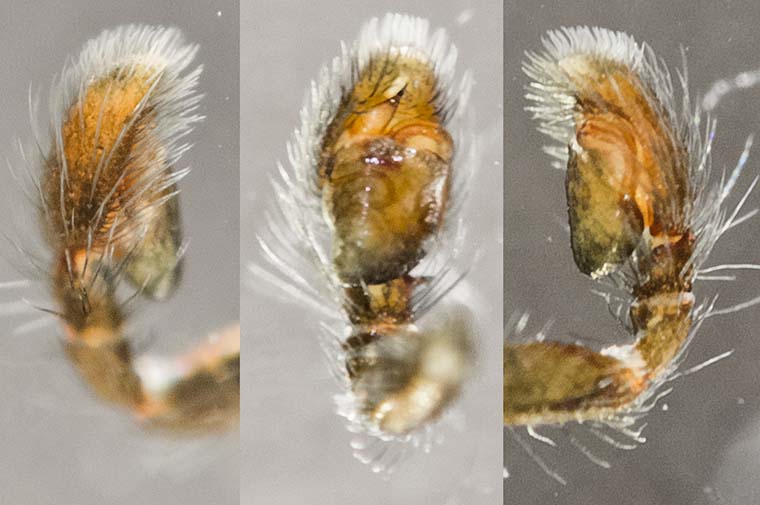