Storena cyanea Walckenaer, 1805 has an interesting back story. Walckenaer described a large spiderwith a bright red carapace blackened in the front half, red legs with dark extremities a bluish abdomen with pale spots, and third legs longer than fourth. There is no spider in Australia that would completely match Walckenaer's description. He did not designate types, so it has not been possible to check the specimen. People have speculated the back legs may have regenerated and would normally have been longer. Walckenaer's spider was found on Kangaroo island. Rudy Jocque later designated a neotype from Victoria. The species now called Storena cyanea is extremely widespread and common, but mostly appears not to have a bluish abdomen. The Storena on page 379 of A Field Guide to Spiders of Australia is Storena cyanea not Storena colossea as stated. This error was picked up by Adam Parsons with a good bit of detective work, discovering that Storena colossea was a species described by Rainbow from Lord Howe Island. These two species are very similar in appearance and genitalia. ♀ 15 mm ♂ 17 mm 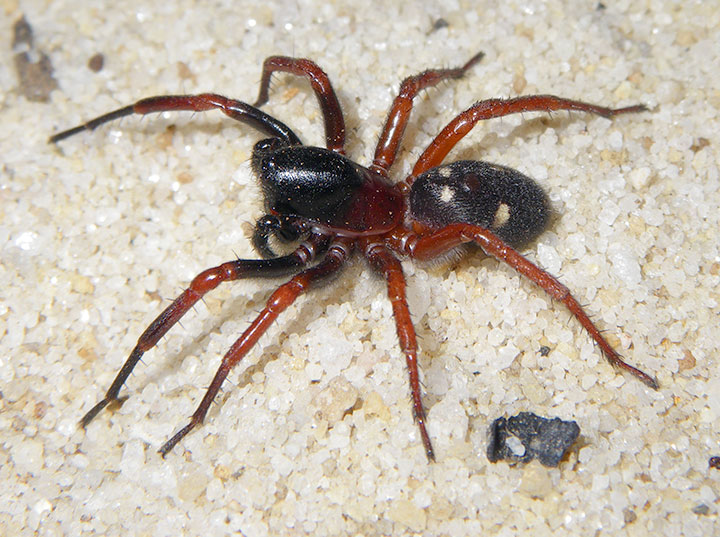 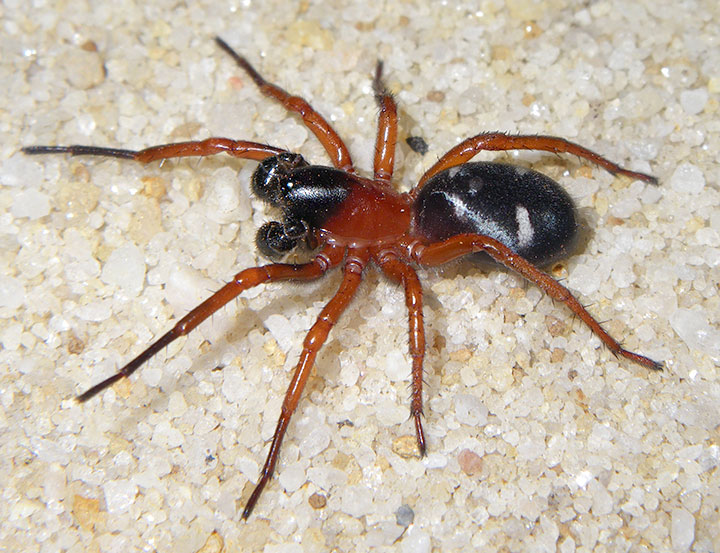 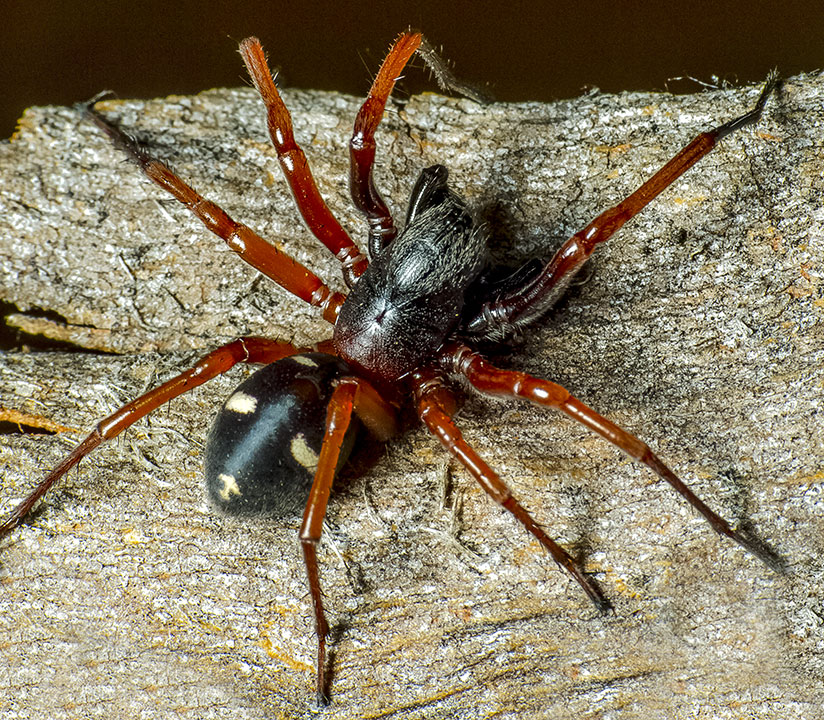 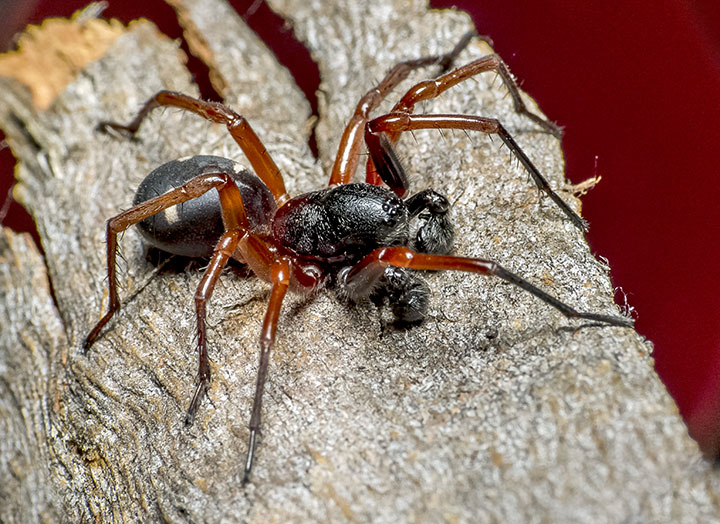 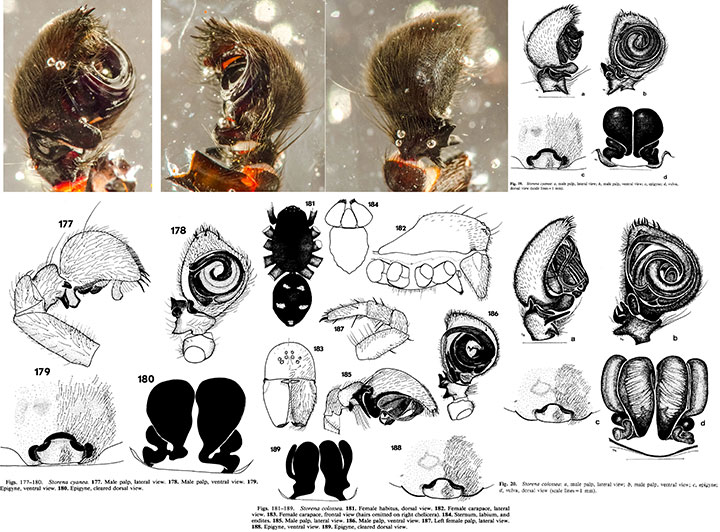 Composite image from various sources including Joque, Whyte, et al
Back : Next
View My Stats