Dr Volker Framenau, Department of Terrestrial Zoology, Western Australian Museum, writes that this wolf spider may be Venatrix brisbanae or V. ornatula which are very difficult to separate without examining the genitalia. Where this was photographed there were dozens of juveniles of all sizes from 1mm to 5mm as well as some which appeared to be young adults. 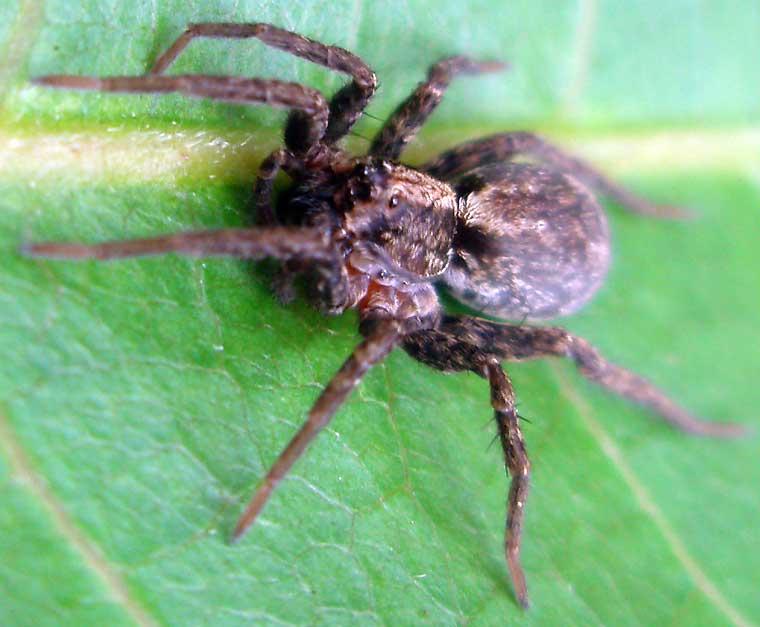 This spider was moving weakly and may have been injured, as it could not turn itself over when on its back, allowing a closeup photo of its undersides. 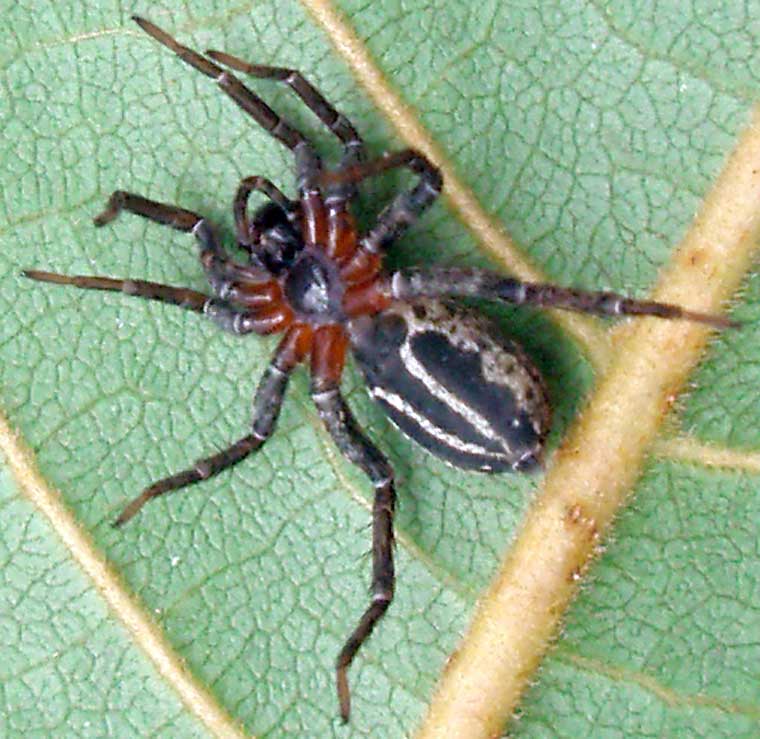 Another specimen from above 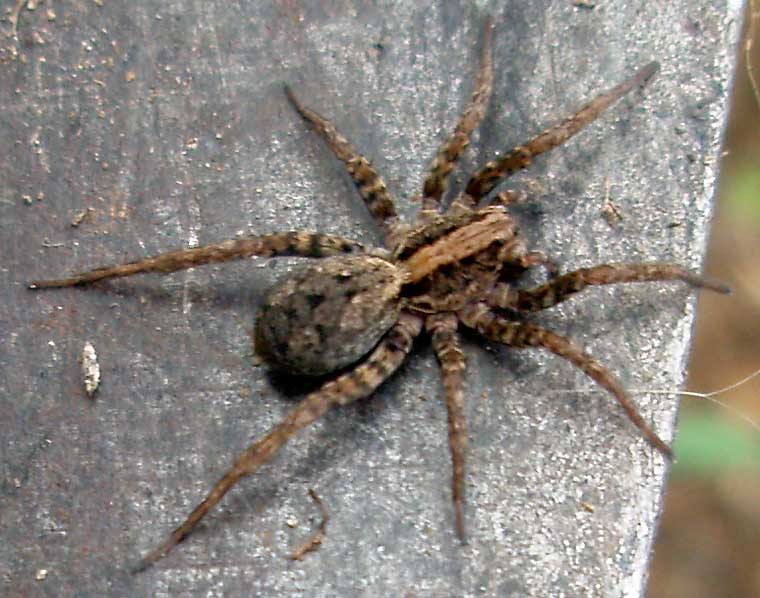 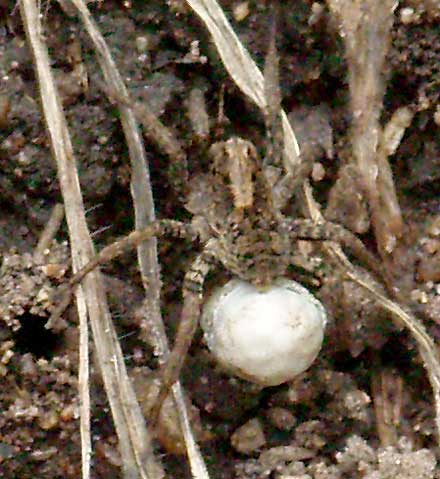 Females carry the white egg sac attached to their spinnerets. When the young hatch, they climb up onto their mother's back and are carried around. The mottled appearance of the female's back is good camouflage for the young.