First described as Hasarius infrastriata in 1881, this small spider is widespread in coastal and hinterland eastern Australia, on grasses and shrubs, but not often noticed because of its small size. It is more common in northern areas. The male has an attractively-striped, bright-orange head, about the same length as its small abdomen. A white strip runs lengthways along the centre of the upper surface, hence the name infrastriata which means "line within". The female is larger than the male, mostly because its abdomen is longer. When in alcohol, the white line disappears from the front of the head. . ♀ 4.5mm ♂ 3.5mm 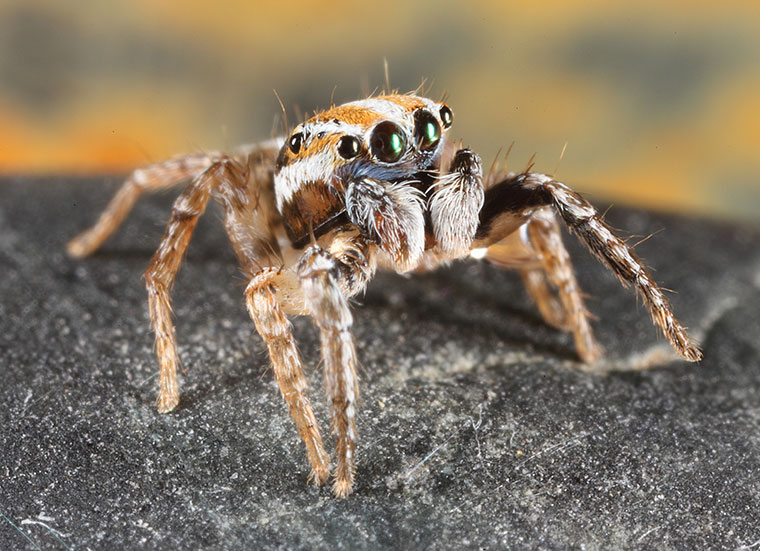 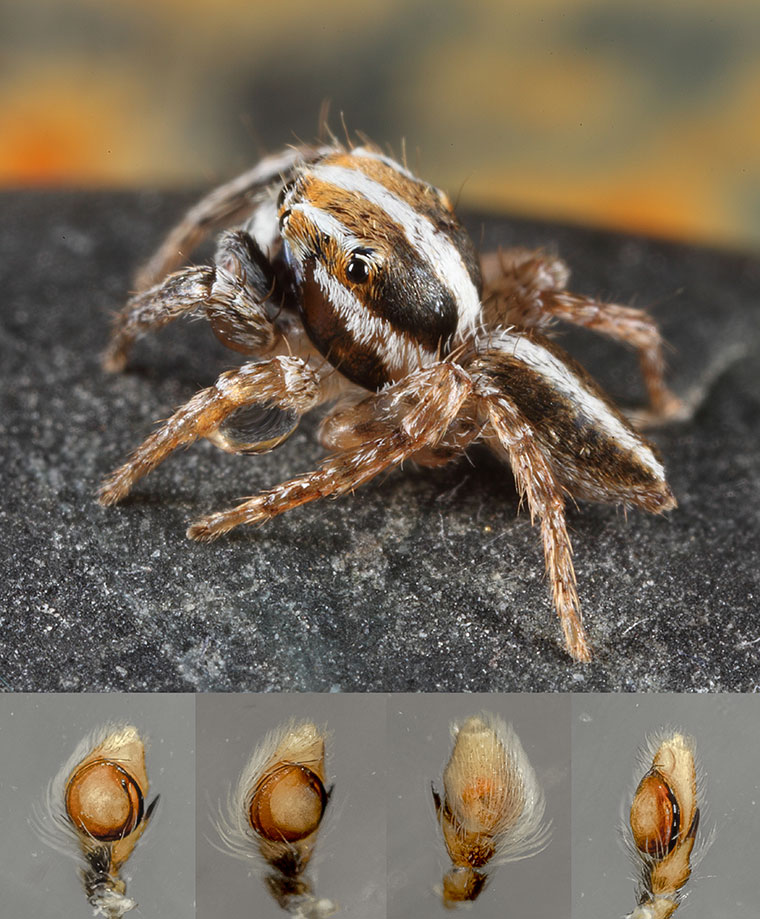 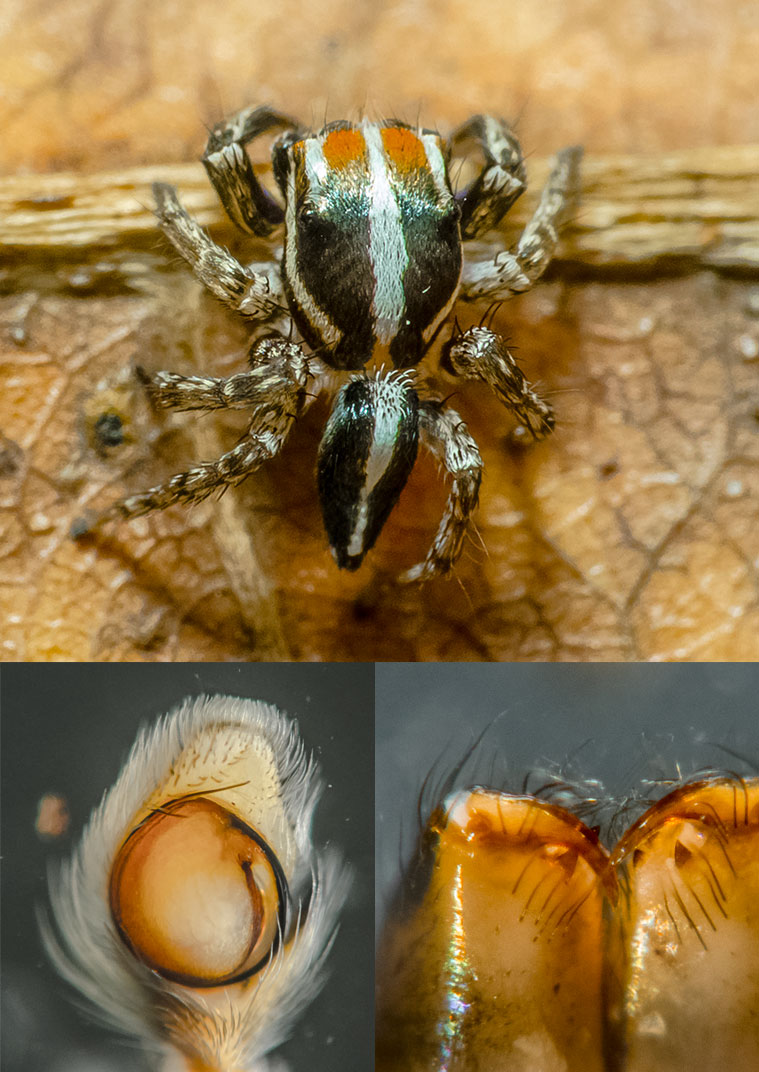 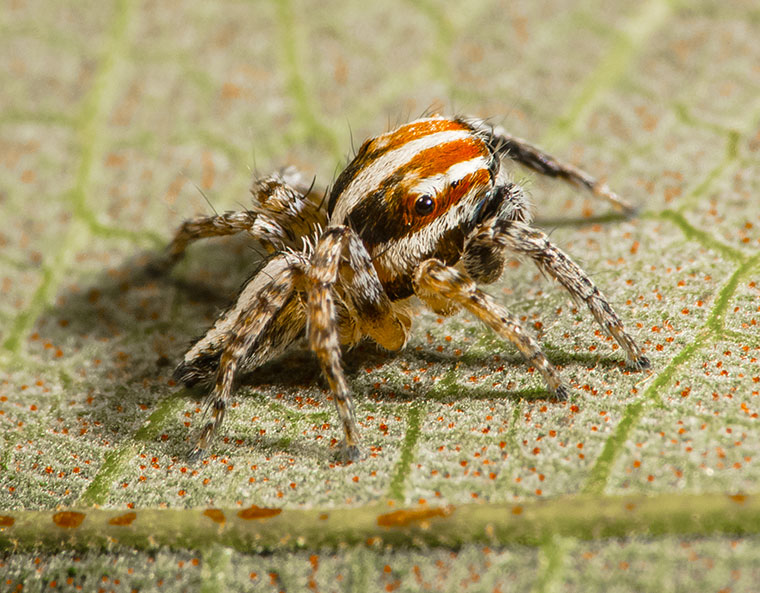 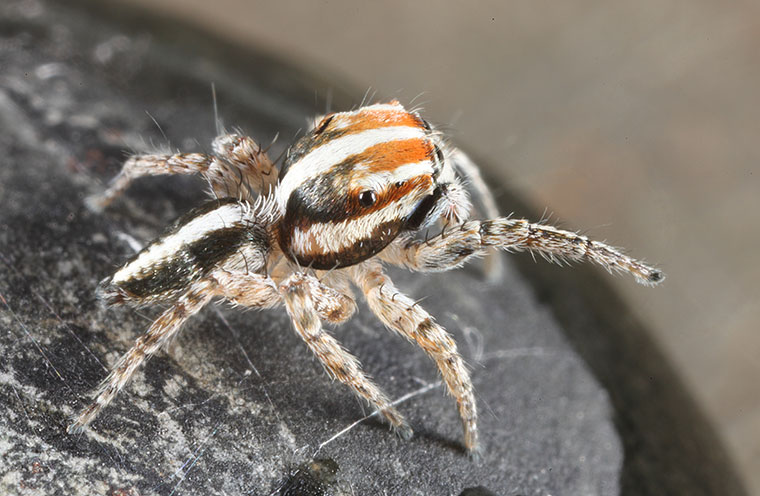 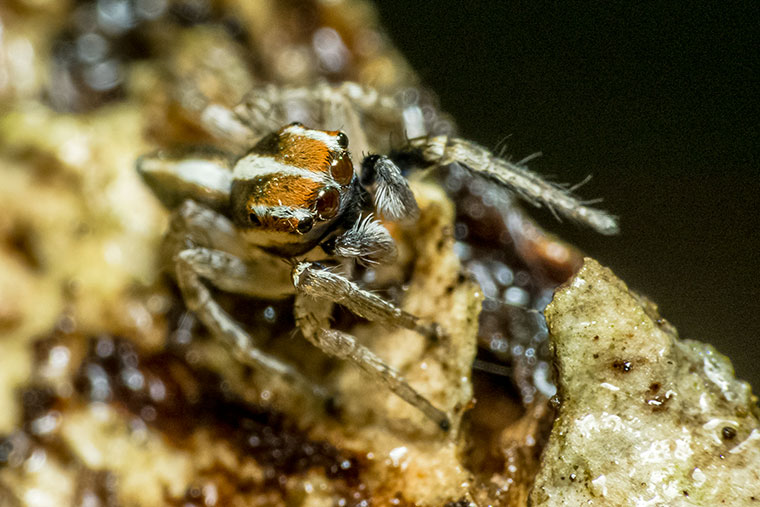 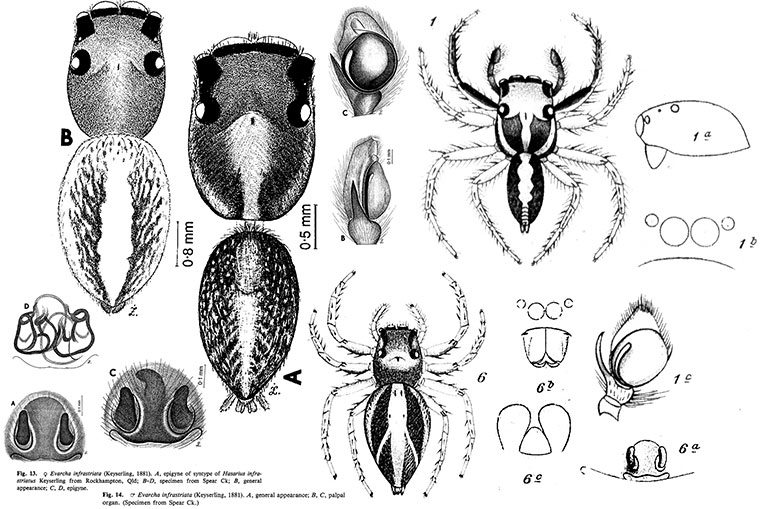 Illustraions by Koch & Keyserling (Die Arachniden Australiens) and Marek Zabka
Back : Next
View My Stats