A flat, cryptic spider mostly found in South East Queensland but also more widespread in coastal and hinterland areas to Maryborough and west to around Gayndah, as well as coastal and inland areas of New South Wales as far south as Newcastle and west at least to the New England tableland. Found under bark and under rocks, and on trees at night. The name honours Dr Robert Raven, Queensland Museum. ♀ 8mm ♂ 5mm 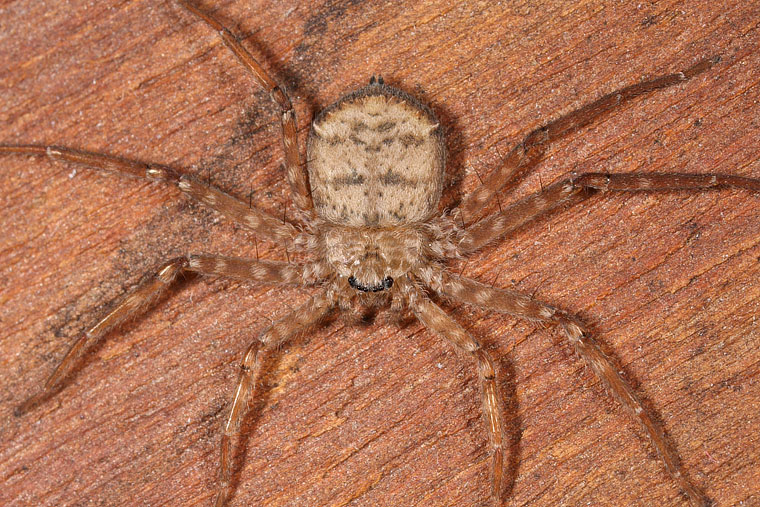