A small to medium, flattish jumping spider with large, bulging, black-shiny 'eyes' on the rear of the abdomen, found mostly in Queensland, especially warmer parts, on vegetation and under the bark of gum trees. Specimens have been sighted at Darwin, NT, Wooloolga, Gosford and Grafton NSW. A western Queensland species from Birdsville and a South Australian species from Lewiston have been documented. Spiders in genus Abracadabrella appear to mimic flies or similar insects. They have been observed walking backwards, apparently enhancing the mimicry affect. From the rear the appearance of 'eyes' and 'nose' of an insect appears very convincing, at least to us. Arachnologists generally favour the fly-mimicking theory, but entomologists, especially those studying flies, are not convinced. They cannot see an advantage in mimicking flies specifically and suggest predators are probably confused by a generic 'large-animal' appearance. This is common also in insects like moths and butterflies which have large black eye-like shapes on their wings. Predators may be wary of attacking what appears to be an animal face on (in plain sight) and confused when the spider, which can see in all directions, jumps in an entirely unexpected direction. It is rather flat and most like Afraflacilla in appearance, but probably not closely related. Urogelides is also similar in form but its palp is quite unlike that of Abracadabrella. ♀ 4.5mm ♂ 3.5mm 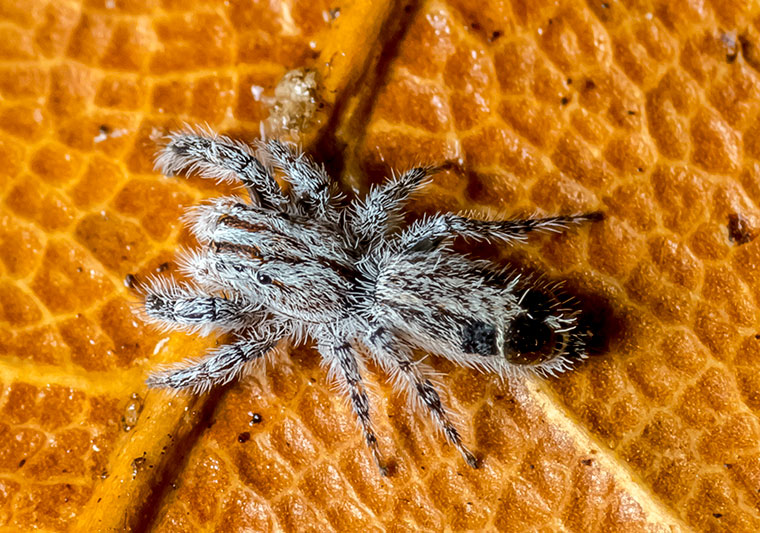 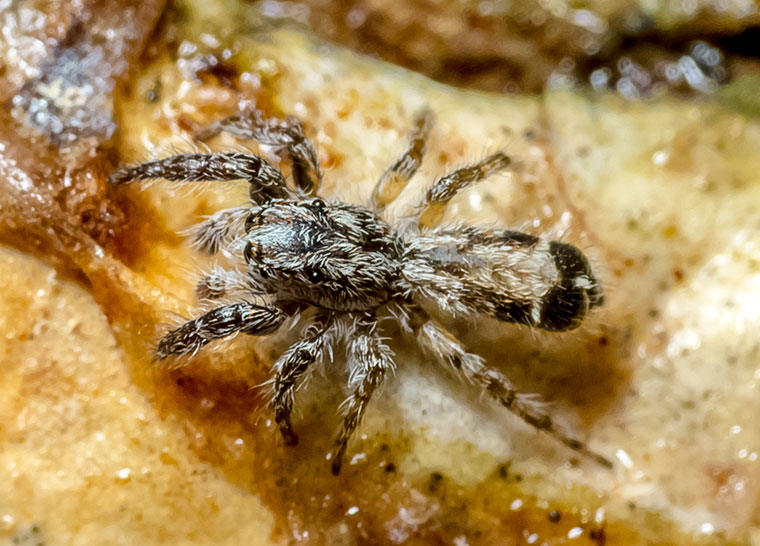 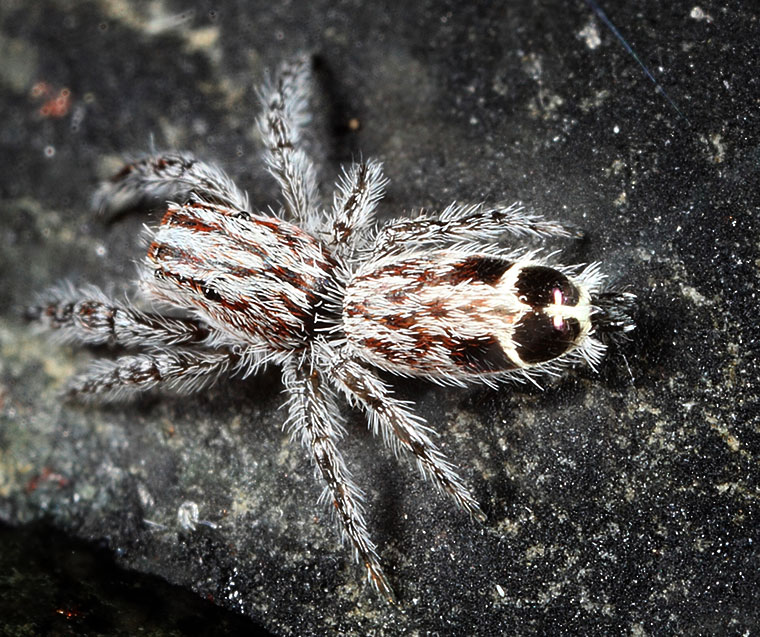