An inland species with large, bulging, round, black-shiny 'eyes' on the rear of the abdomen, found mostly in south western Queensland, but also in nearby NSW and in the NT around Darwin. Its 'eyes' are rounder than those of Abracadabrella elegans and the nearby black panes smaller and less obvious. It is more shaggy overall and has a larger central pale area on the abdomen resembling a stylised fir tree. ♀ 5 mm ♂ 3.5 mm 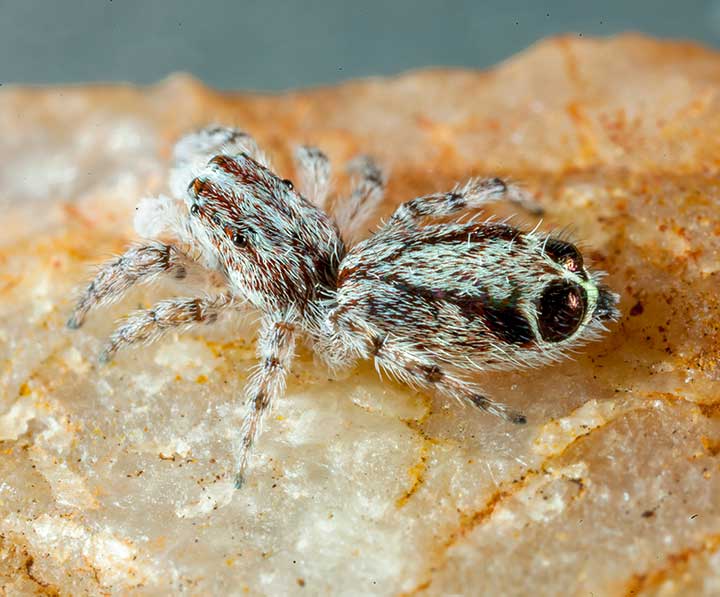 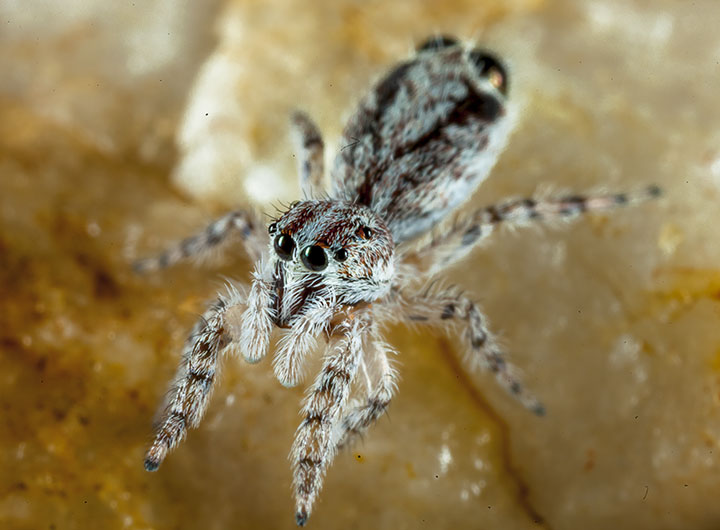 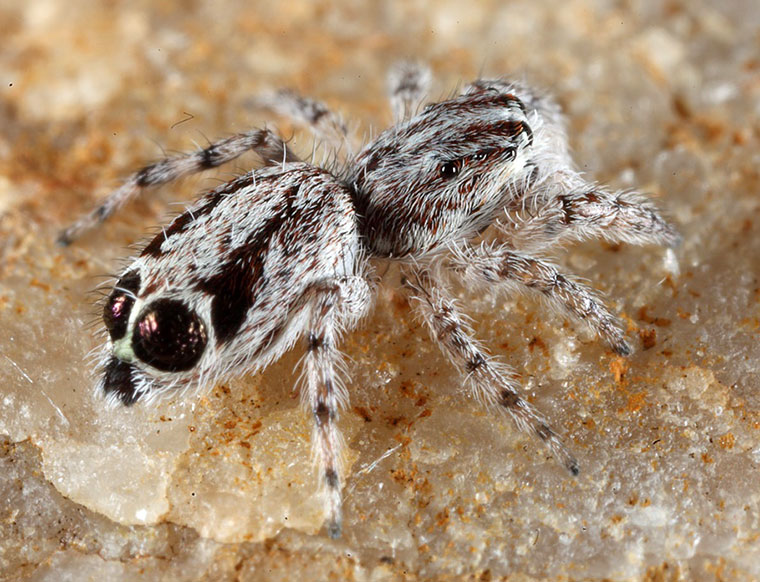 Diagnostic characters with female from Darwin 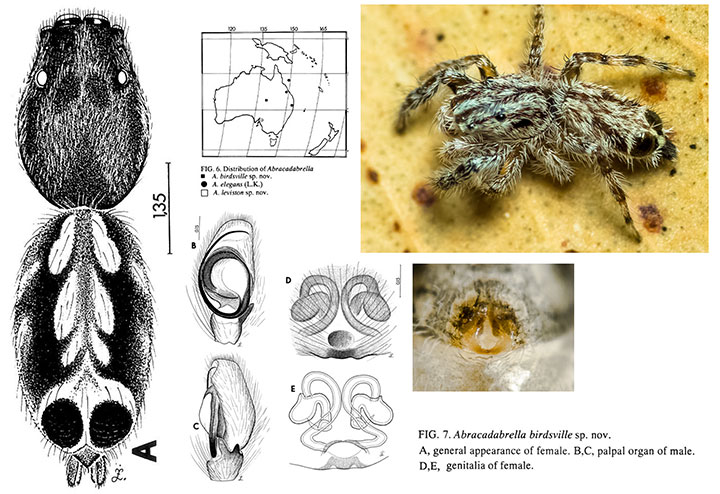