Finding this species in Norman Park, a suburb of Brisbane, Queensland, is unusual because it is a North American spider. On the other hand it is a large, attractive, bold Jumping Spider and popular as a pet, available for purchase online. It may have been bought by someone in Brisbane and then escaped, or it may have hitch-hiked in transport coming from America. It is typically dark with a pattern spots on the abdomen, the spots orange-tinted in juveniles, turning white as the spider matures. The exposed bases of the chelicerae below the eyes are a bright, metallic green or blue. It is common in southeastern Canada, eastern and central United States and parts of northern Central America, and has been introduced to Hawaii and the Nicobar Islands. It was previously uncommon through the Western United States, and the California Coast, though sightings have now become commonplace in Southern California. Other sightings include the Willamette Valley and Rogue Valley in Oregon and now Brisbane, Australia ♀ 20 mm ♂ 15 mm 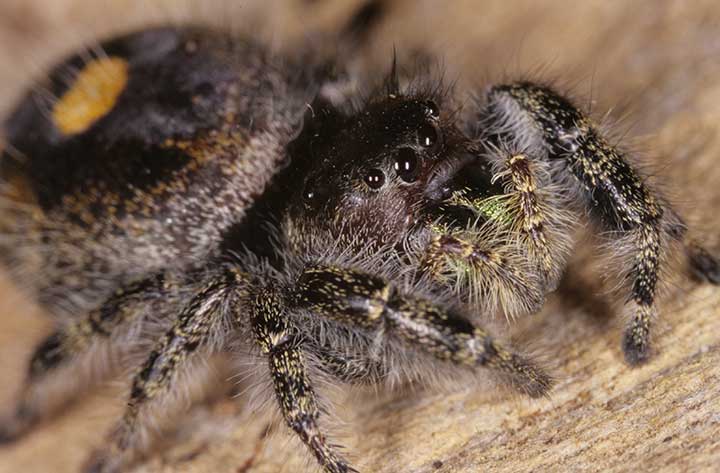 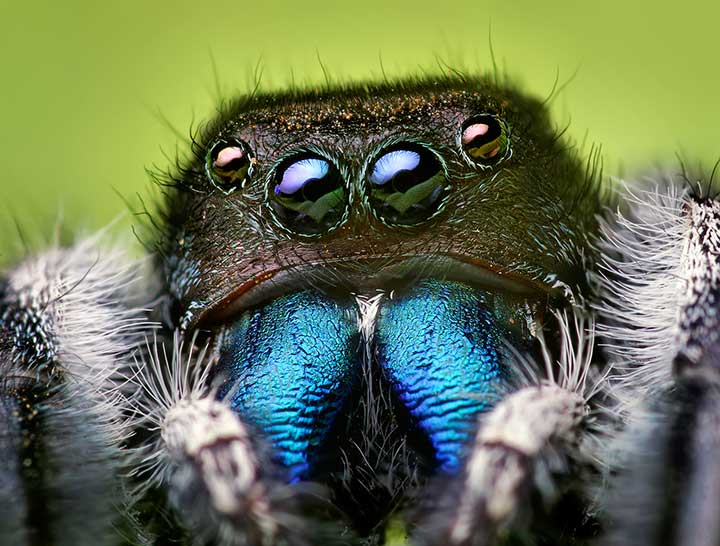 Photo: Opoterser CC BY-SA 3.0
Back : Next
View My Stats