A delicate and attractively coloured jumping spider found in coastal Queensland on foliage in tropical and temperate rainforests or wet eucalypt forest, frequently on ferns. As of 2007 there are seven species, the one in South East Queensland generally being P. bulburin recognizable for the tufts of black hairs on the front legs, though ranges most likely overlap. P. pallida is found all up the south eastern Australian coast, mostly in NSW, extending into South East Queensland, with a couple of Victorian and South Australian records, the latter possibly vagrants. P. basilonesa is only found around Cape Otway, Victoria, and King Island Tasmania. The name is Greek for King Island. P. amplior is a larger species, hence the name, found in eastern mainland and Tasmanian ranges, less on the coast. It is abundant and widespread in Tasmania. P. boreoaitha and P. boreoxantha are small species from North Queensland. P. bulburin is a large species likely to be found all along the Queensland Coast and possibly into NNSW. P. eungella is a medium sized species from the central Queensland coast. (Richardson & Żabka, 2007) ♀ 5mm ♂ 5mm

Male adult, from above facing 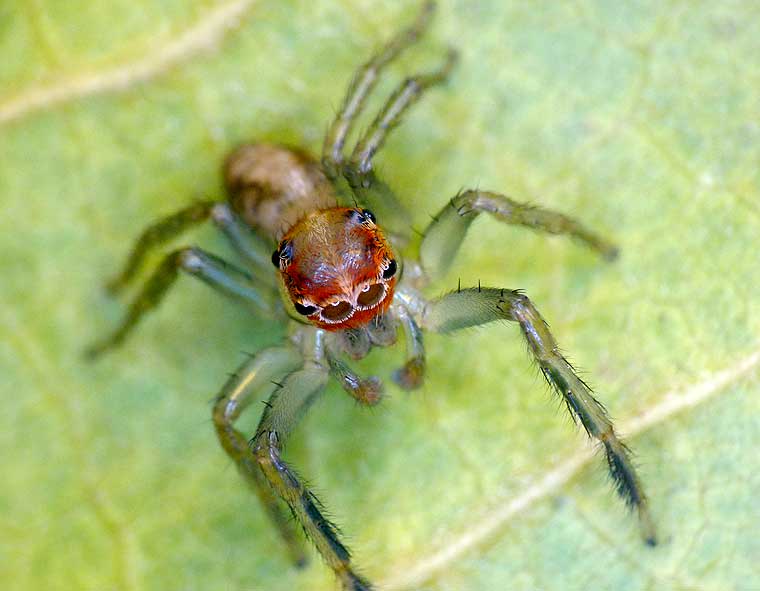 Male adult from above 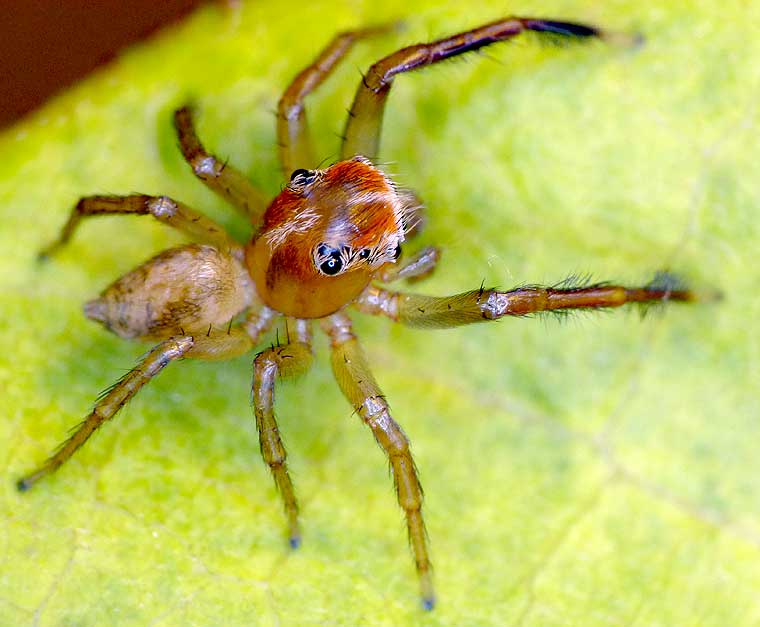 Male adult from side 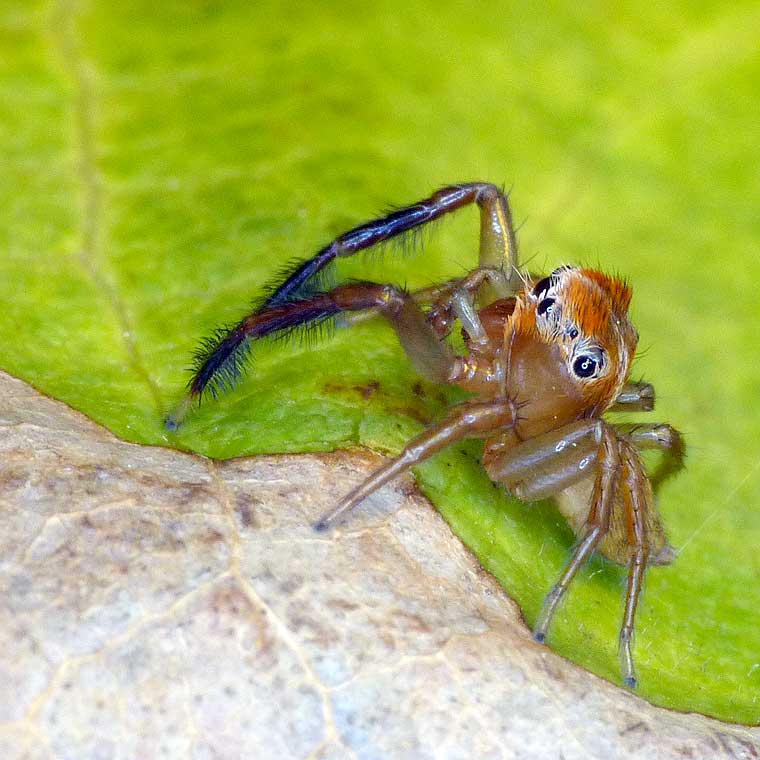