This species was first named Habrocesum nigriceps, but when it was put into Maratus its species name was preoccupied and so a new species name had to be created. According to Zabka the palpal organ resembles Maratus anomalus; to us it looks so similar it seems within the scope of intraspecific variation. No live photos demonstrating the existence of this species have so far come to light, but a number of small species in this group seem very closely related. ♀ 4 mm ♂ 3 mm 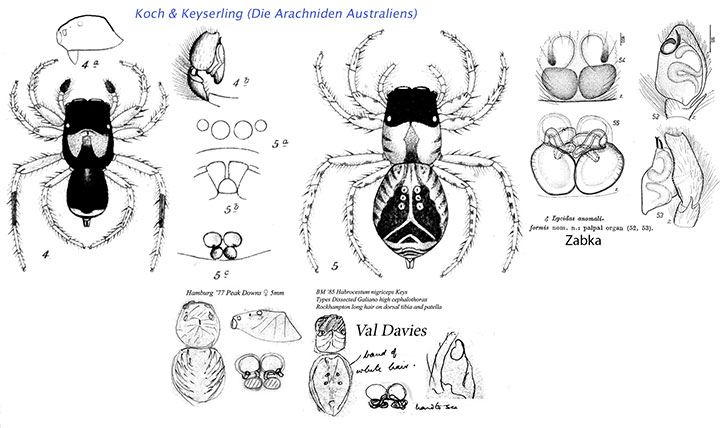