This species is one of a few Maratus to lack an extendable flap. However it waves its shiny, colourful abdomen and legs like much like those with a flap. It has a fringe, reduced in some specimens. Initially when it was called Lycidas anomalus it meant the unusual Lycidas, which doesn't make sense since it was the only Lycidas, so how could it be compared to any others? Presumably Karsch considered it an unusual Maratus which he referred to in the description. Variations show colours including turquoise and purples on the abdomen depending on the angle of view. This species, the type for Lycidas Karsch 1878, has been redescribed from the type specimen twice (Żabka 1987; Otto & Hill 2012c). 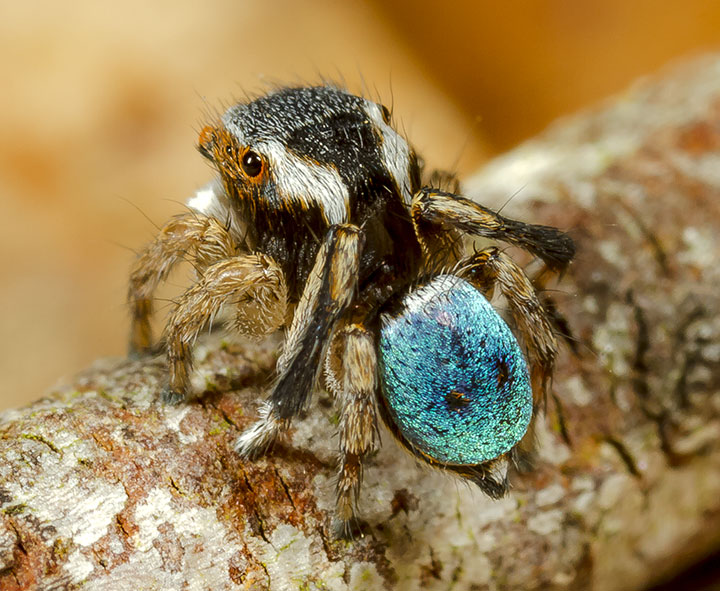 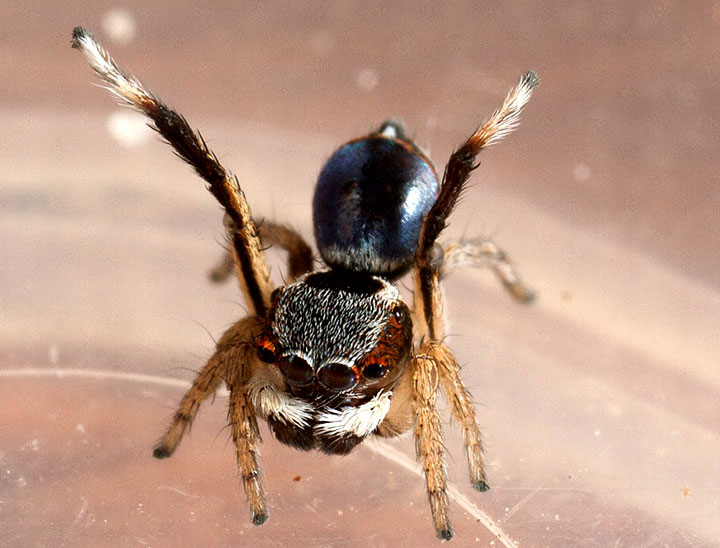 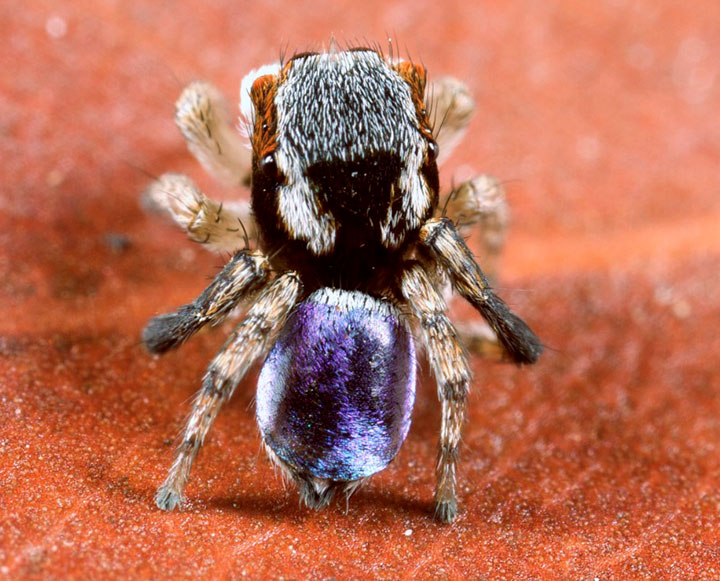 Photo Jürgen Otto
Back : Next
View My Stats