Female from above, on leaf

Tharrhalea (Lehtinelagia) variabilis is a rare species distributed mostly in Queensland. The Latin word variabilis means variable, changeable, which may refer to the variable morphology (appearance and shape) of this species.

Flower spiders are diurnal and are common on Australian native flowering plants such as grevilleas and wattles. They are territorial with only one spider occupying a flower, unless they are male and female together for mating. The occupant will often sit on a flower until the petals wilt before moving onto another flower. At night flower spiders hide under the petals or leaves. 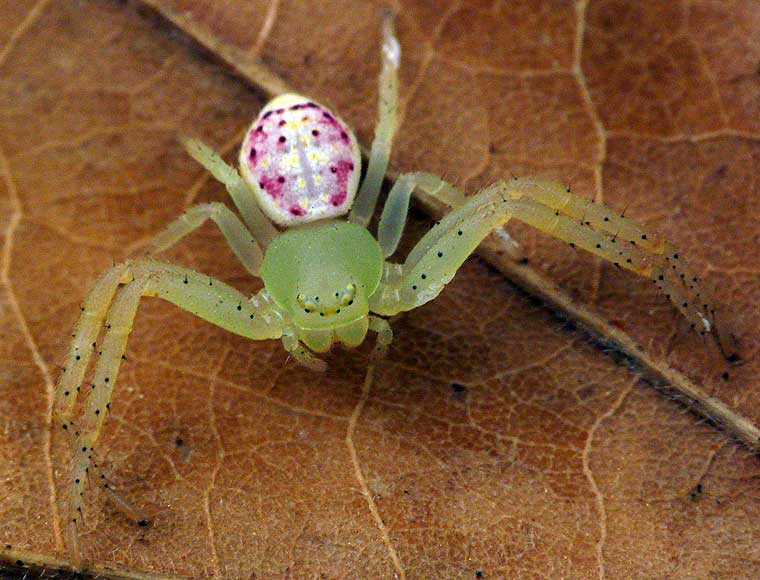 This photo shows Diaea evanida reducing its prey to an exoskeleton, a useful trick for museum curators who could use the exoskeleton as a preserved specimen. Diaea evanida is a flower spider capable of sitting undetected in a flower, waiting for prey. 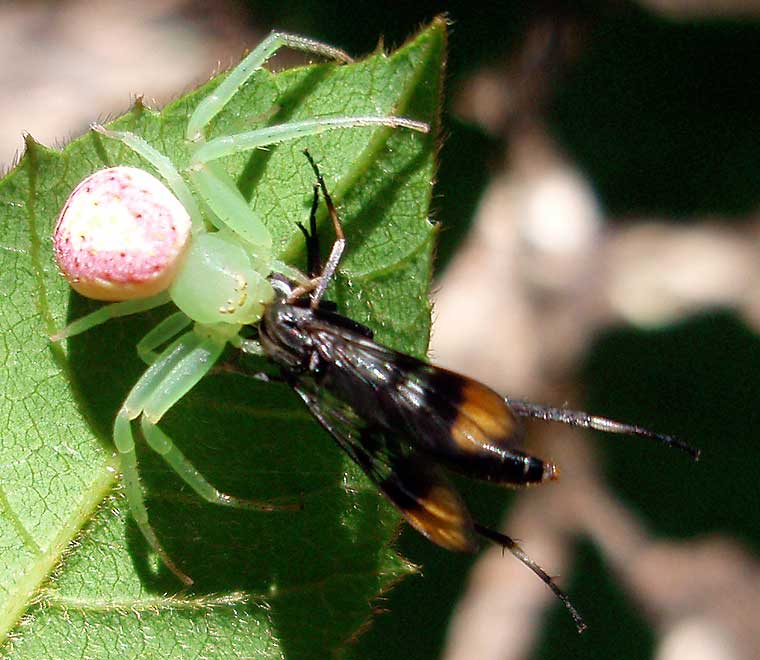 Female, face on, on bark

This Diaea evanida was seen in our garden at The Gap, quite late in the season, on Saturday, 12 April 2008. They less likely to be seen in Autumn due to the onset of colder weather. We looked for Diaea because some Sydney Arachnologists were wanting to collect some and were not finding them locally. This single specimen would probably not warrant their trip. Robert Raven (Queensland Museum) suggested the tropics might yield more. 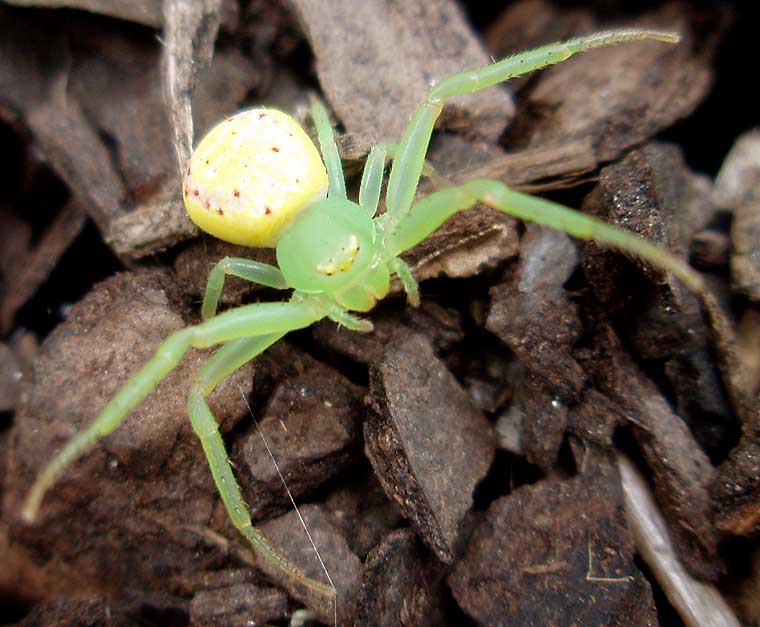 Female, with prey on Milkweed Flower (1) 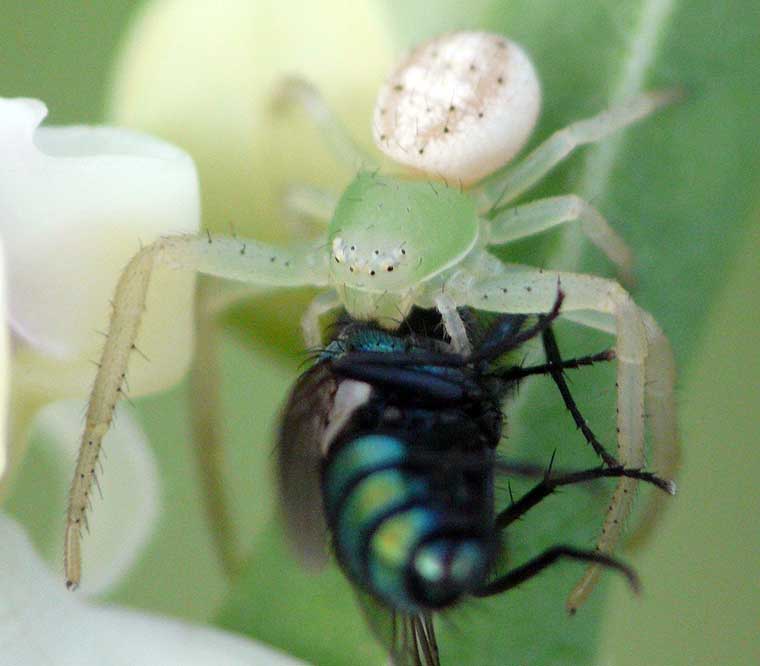 Female, with prey on Milkweed Flower (2) 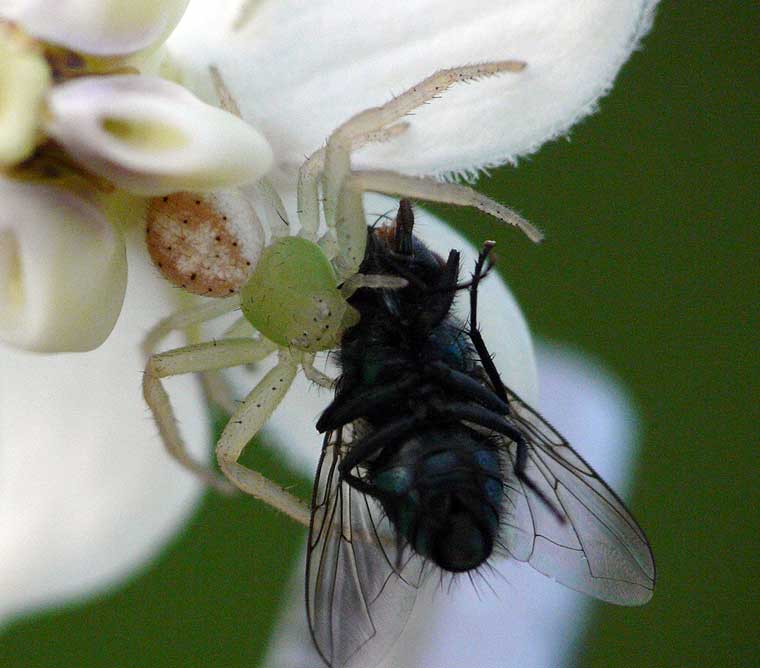 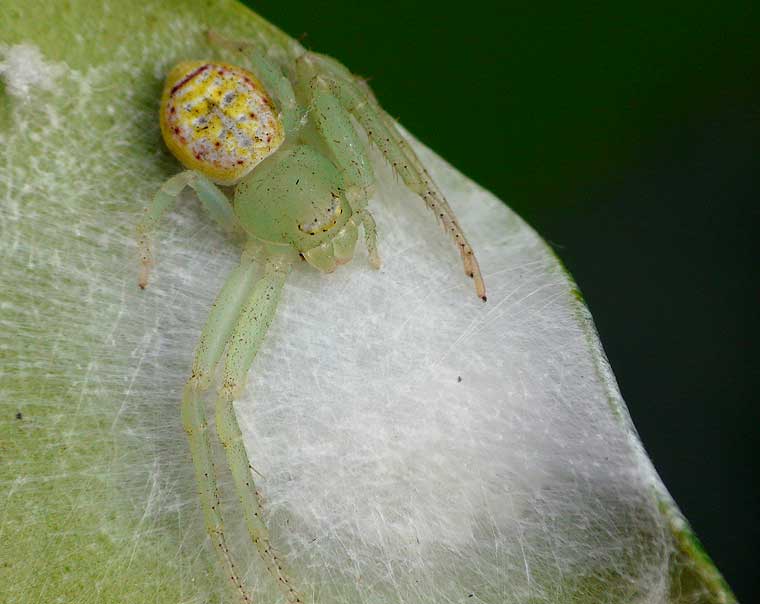 The male is somewhat differently patterned, with a relatively bigger cephalothorax, as with many males in many families. This one was collected in a garden in Bromwich St, The Gap, adjacent to Fish Creek. 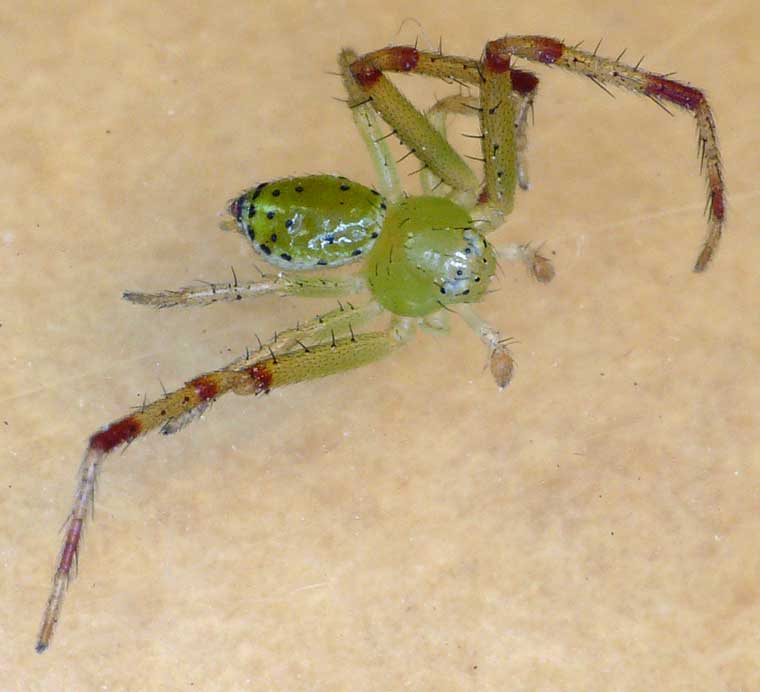 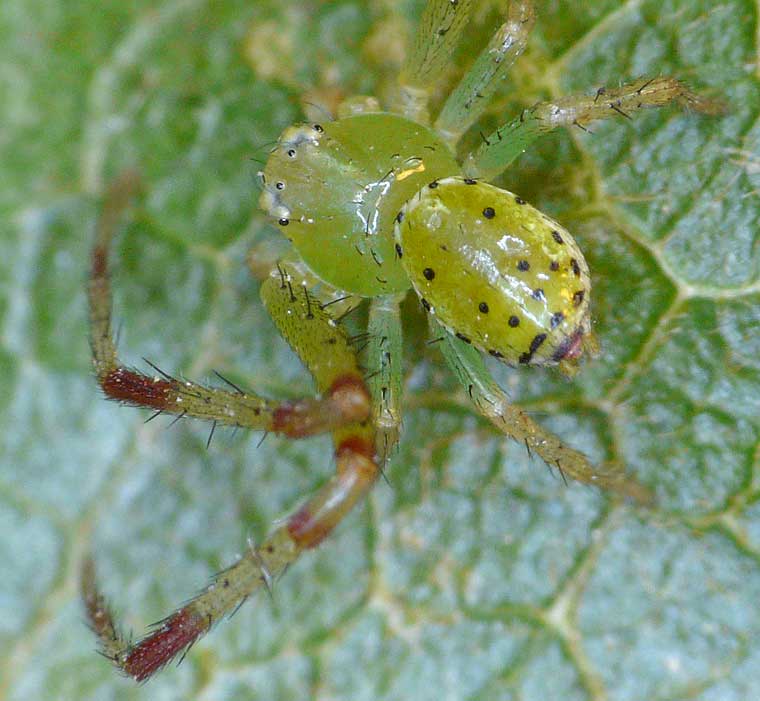 Adult female from above 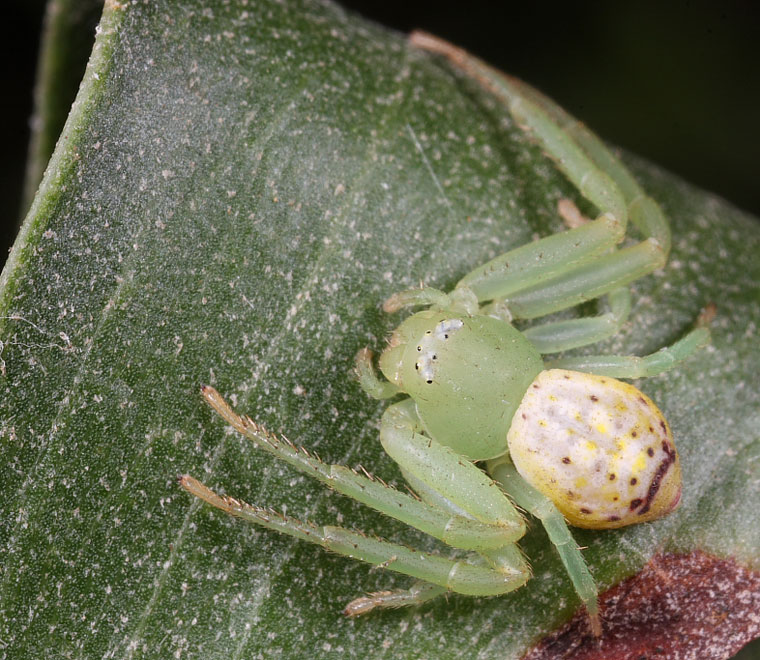 Adult female from side 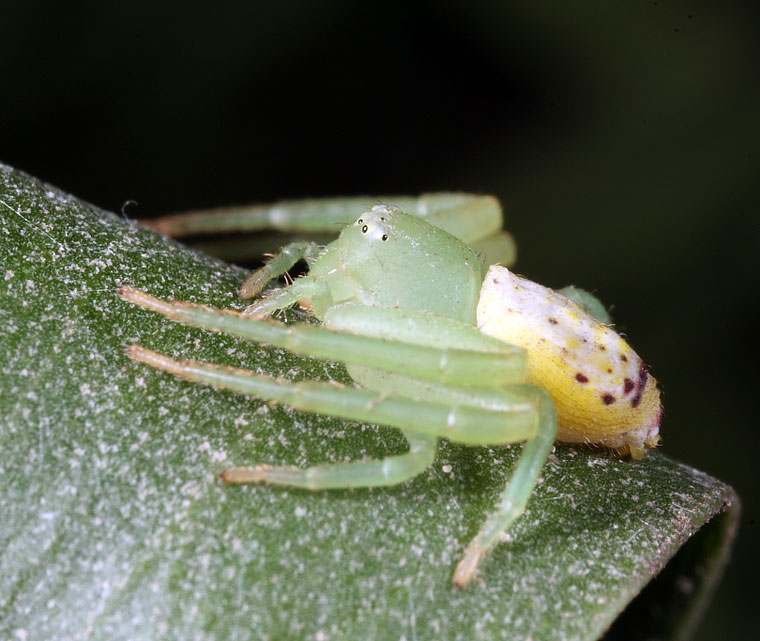 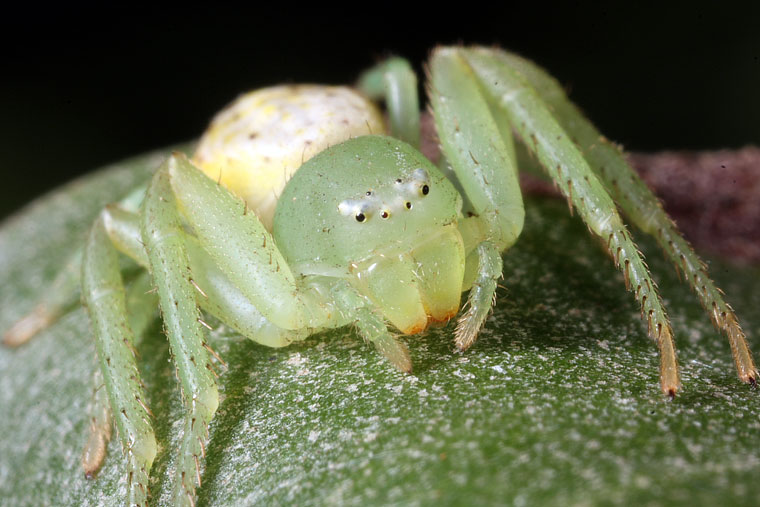