Anapids are found in many parts of the world, especially in the southern hemisphere. Their preferred habitat is leaf litter, under the bark of trees or on small shrubs, especially in moist areas. Some emerge at night to spin a horizontal orb web, 2 to 3 cm in diameter, pulled up into a cone at its centre. Some build tangle webs. They are most common in the cool-temperate rainforests of south-eastern Australia and New Zealand. The cephalothorax is raised, projecting at the front, with six or eight eyes, the first row strongly curved forward. Many species have obvious shell-like dorsal and ventral scutes (hardened plates) on the abdomen. In some species the scute is obvious, making identification easier. They are tiny, ranging from 0.5 to 2.25 mm. In 2016 Anapidae absorbed the obscure family Holarchaeidae, which had only one Australian species, and spiders in the previous family Micropholcommatidae (18 genera, 58 species). It is estimated there may be more than 350 Australian anapids in over 50 genera. Mike Rix has done a huge amount of work on these tiny spiders but nevertheless predicts many more species will be found. 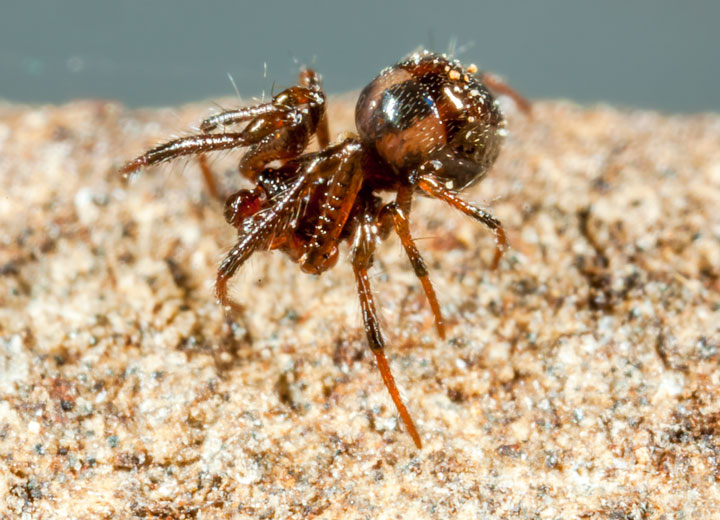 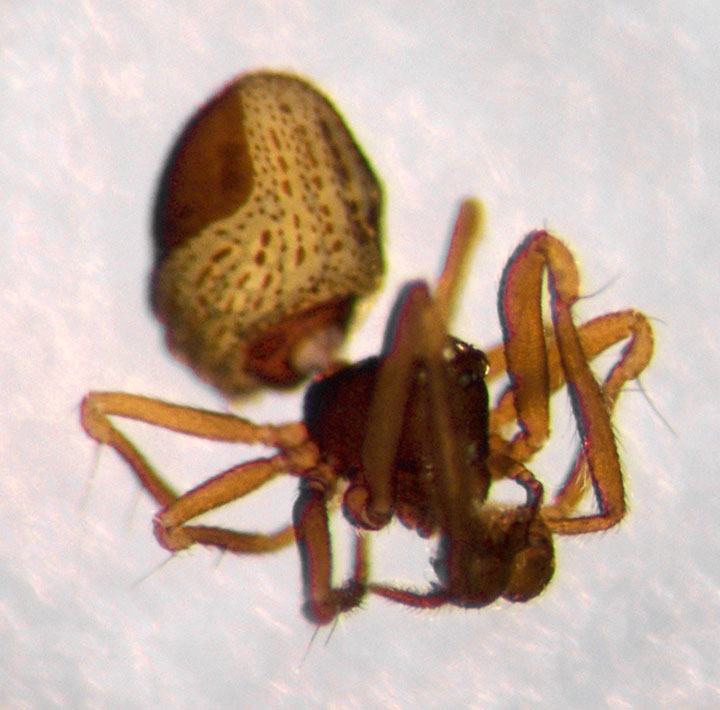 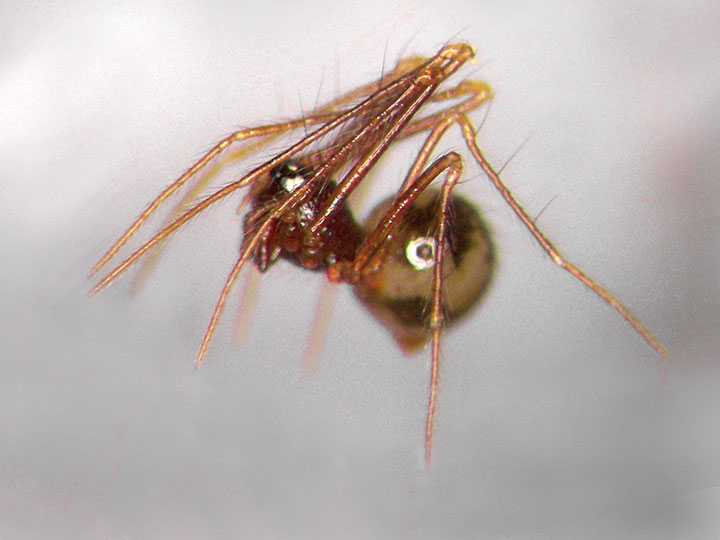 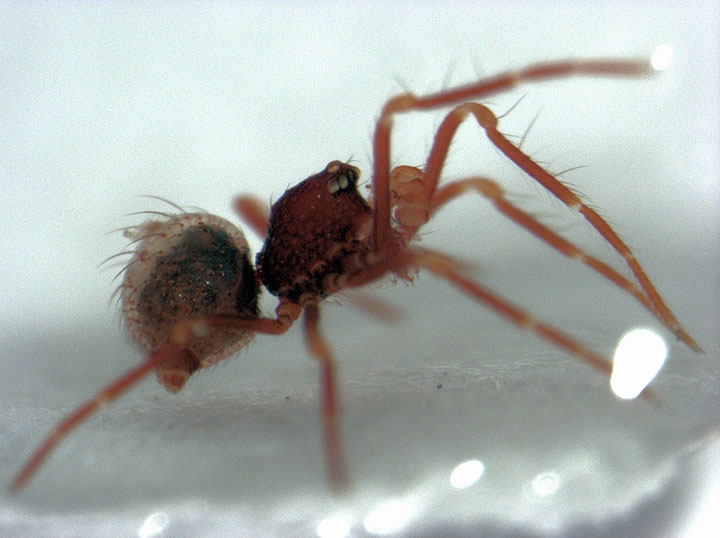 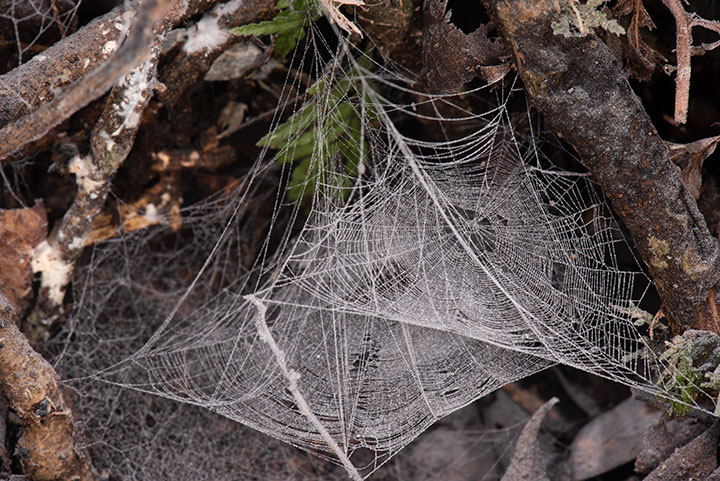 Anapid web at the "End of the World" 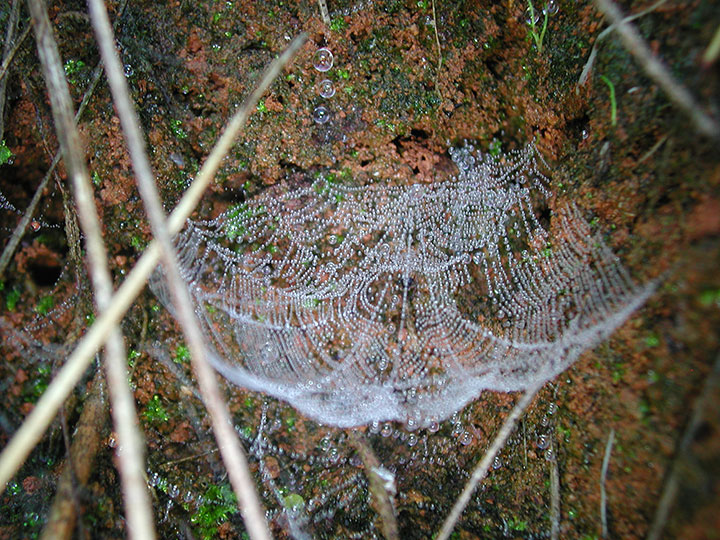 Chart of Micropholcommatids by Mike Rix 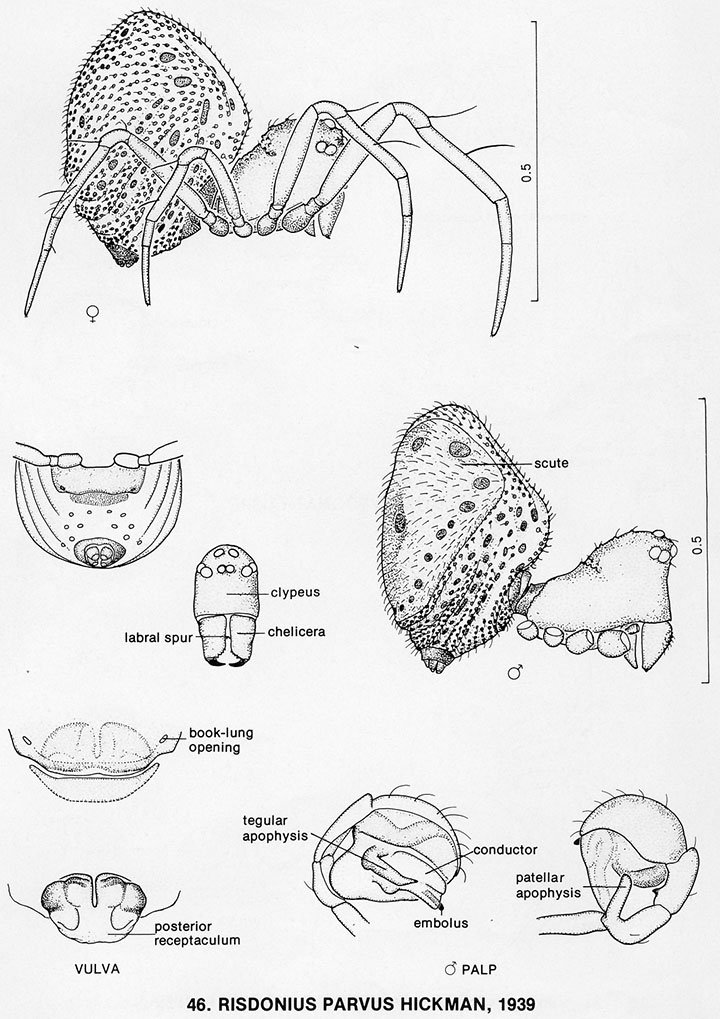 Illustrated in Val Davies' Key to the Orb Weaving genera 1988 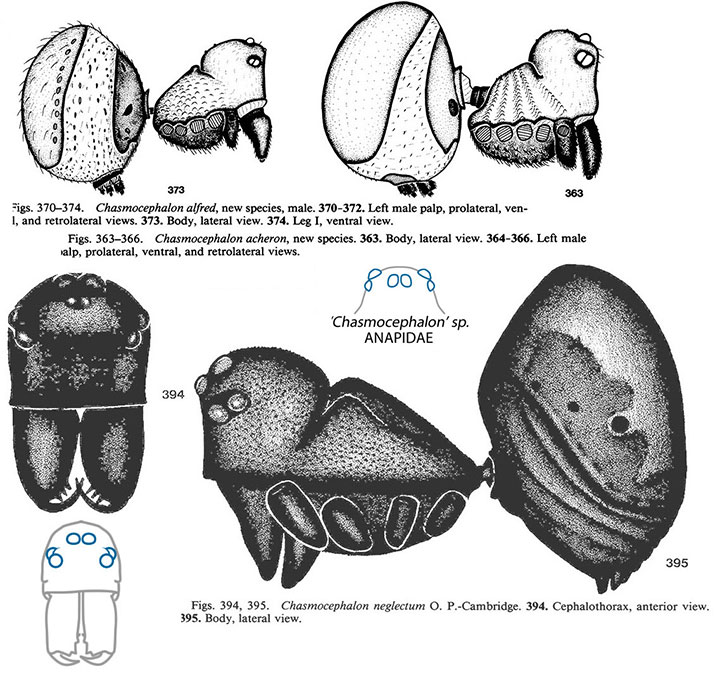 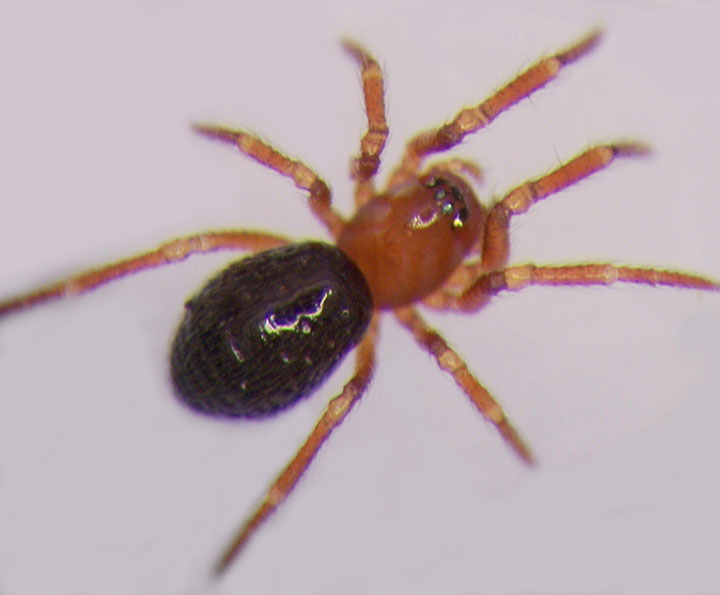