A medium-sized jumping spider in coastal areas from southern NSW to Exmouth WA, probably in all Australian coastal areas including Tasmania. The body is brown to black, the female having a circular abdomen fringed with white, a white dot in the centre. Legs brownish to nearly black. Cephalothorax with white scales marking out the eye quadrangle, the male's markings more obvious. The male's more slender abdomen has a white crescent above the spinnerets. They hunt during the day by ambush or active pursuit, often on tree trunks, preferring ants but also eating other insects. First described Hasarius orbiculatus by Keyserling in 1881, placed in Pystira by Simon in 1901, transferred to Zenodorus by Zabka and Davies in 1989. Zenodorus was also the name of a Greek mathematician 200-140 BC ♀ 9mm ♂ 7mm 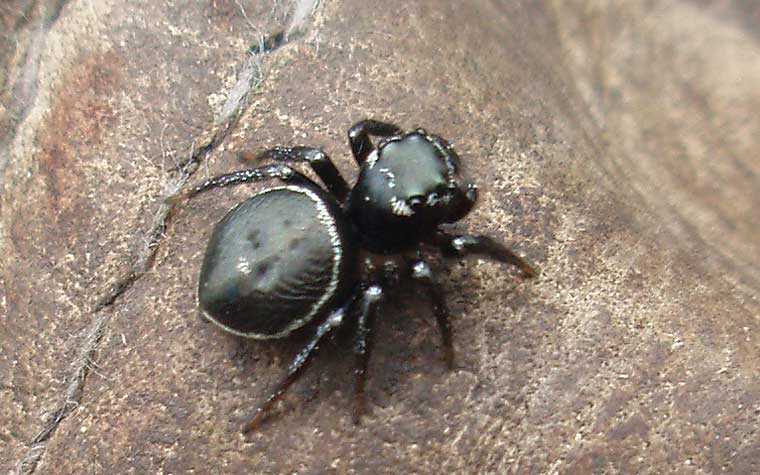 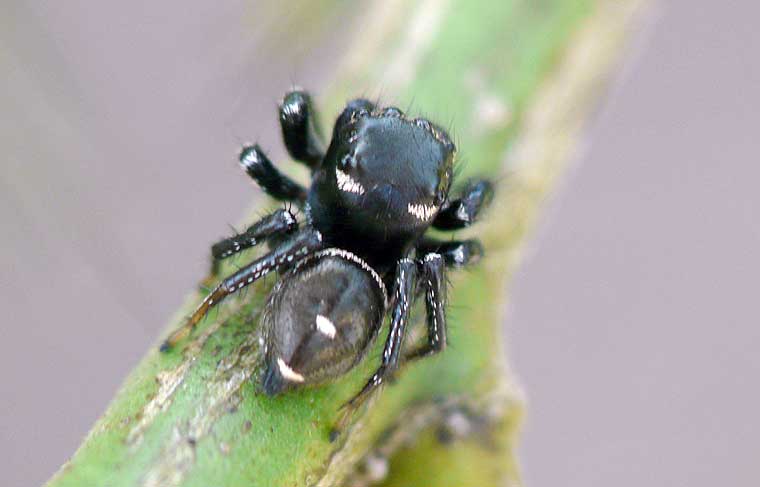 Collected mid June 2009 on the northern side of the junction of Fish and Enoggera Creeks, Walton Bridge Reserve, The Gap. 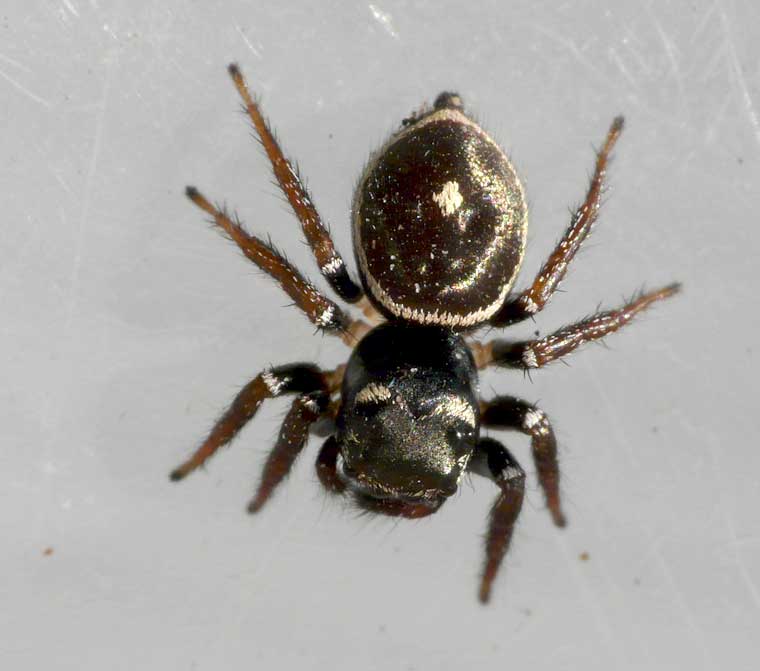 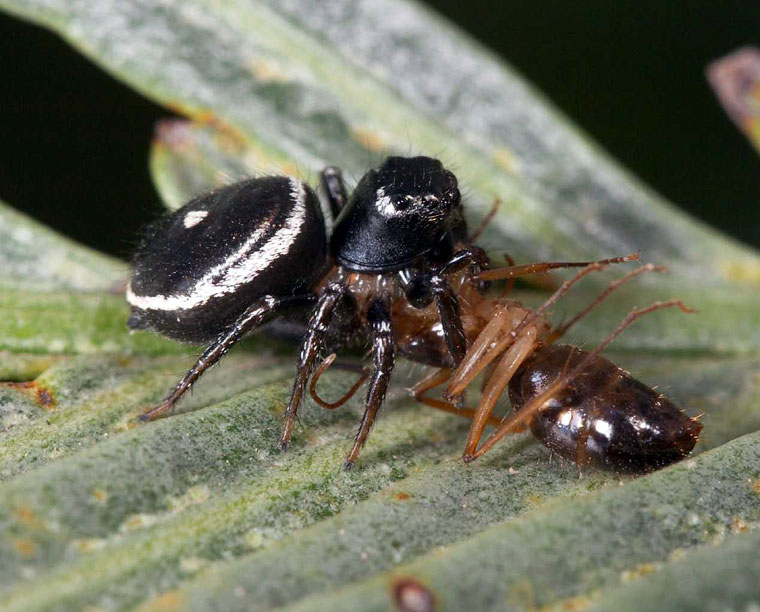 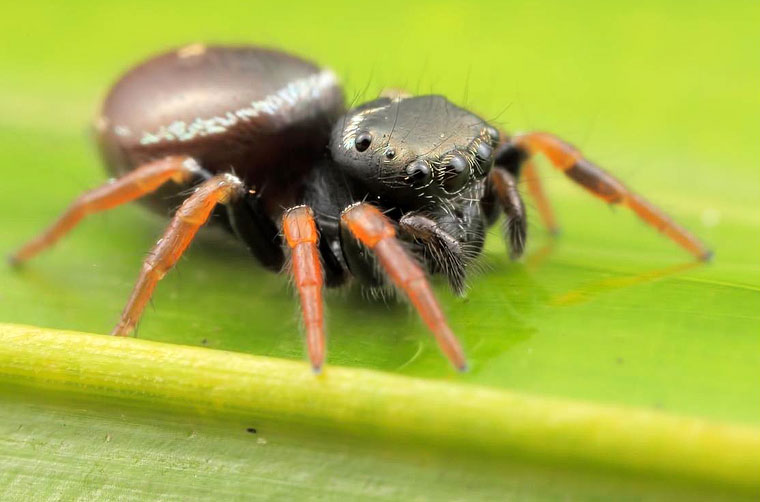 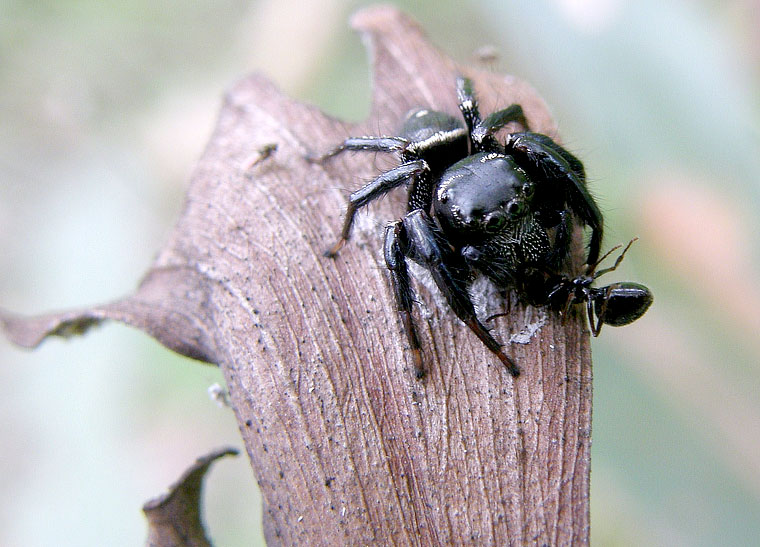 Female adult 7610 epigyne with adult from above inset

This looks like some material resulting from copulation has remained in the female, to plug the epigyne from further entry. 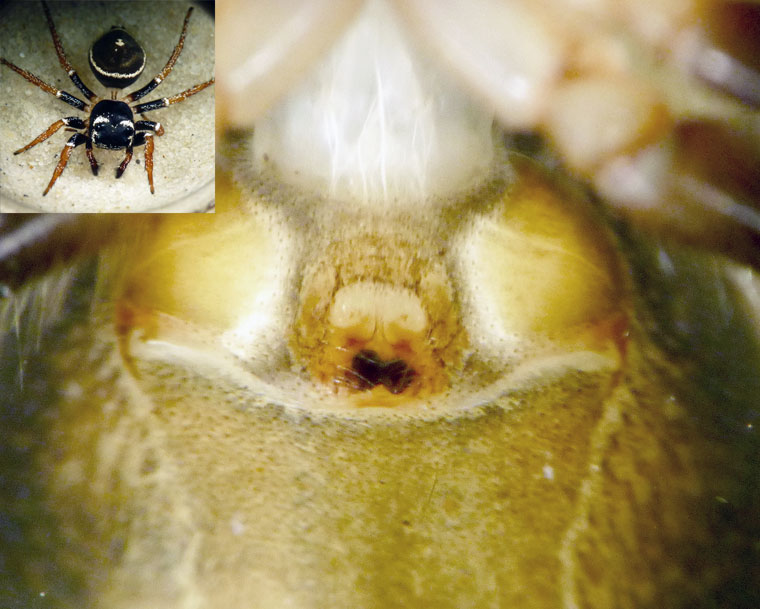 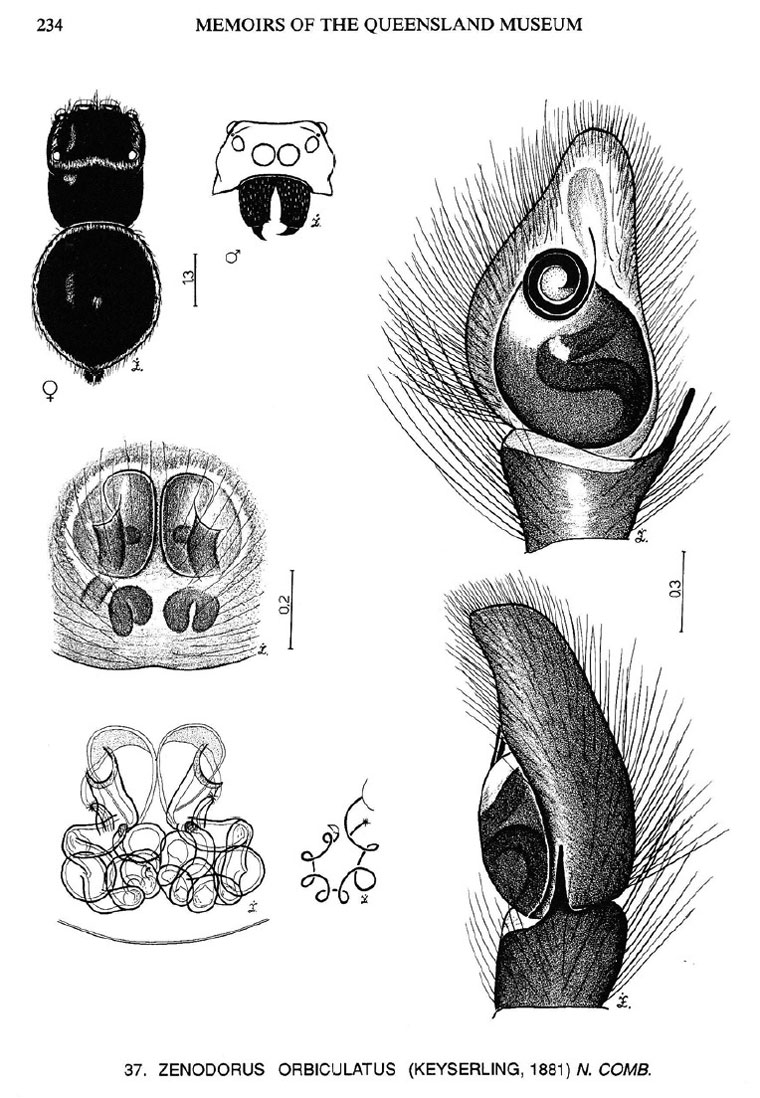