A large spider found throughout coastal and inland Australia, especially Western Australia. Females are large, males much smaller. Overall greyish with silvery cephalothorax and black brushes on the legs. Little or no yellow on the legs unlike the very similar Trichonephila plumipes which also has a raised yellow sternum. The female constructs a large, persistent web with strong strands of golden silk strung between tree branches or other structures. The strong web can trap large prey, sometimes even small birds. Small males tend to occupy the edge of the female's web, sometimes more than one. Rather timid, the female normally flees to the top of the web when alarmed, sometimes it shakes the web in defence when disturbed. There are often strings of spent food parcels or food caches in the web. Kleptoparasites like the Dewdrop Spider Argyrodes antipodianus occupy the web but may not have a negative affect. When present in an area, this spider can be extremely abundant. Bites are possible, but not likely and not known to be dangerous. The species name means edible. Labillardière applied the name after he observed people in New Caledonia eating this spider. He wrote: "Les habitans de la Nouvelle-Calédonie appellent nougui cette espèce d'araignée, que je désigne sous le nom d' aranea edulis (araignée que les Calédoniens mangent)." (The inhabitants of New Caledonia call this spider "nougui". I have described it under the name Aranea edulis, meaning spiders that the New Caledonians eat.) Roasted Trichonephila spp. are also eaten in New Guinea according to V.B. Meyer Rochow in Edible insects in three different ethnic groups of Papua and New Guinea (1973) ♀ 40mm ♂ 7mm


Female adult from above 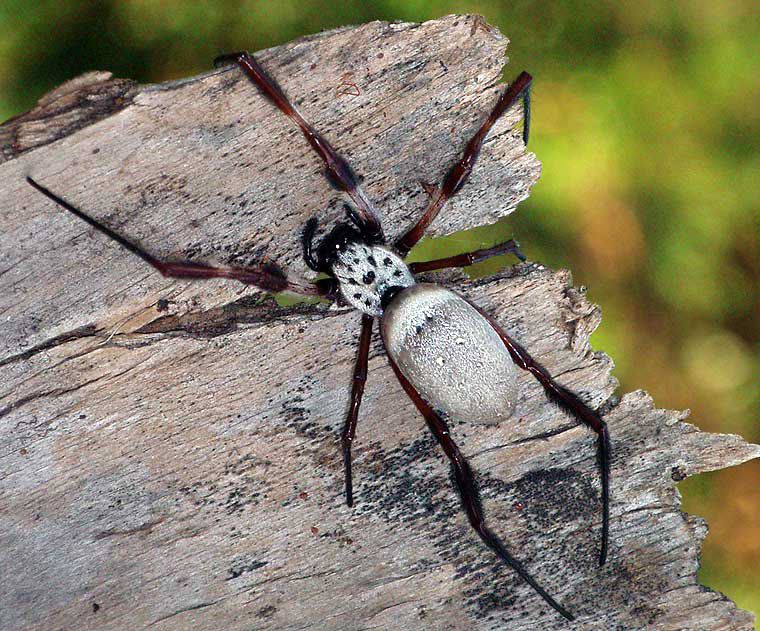 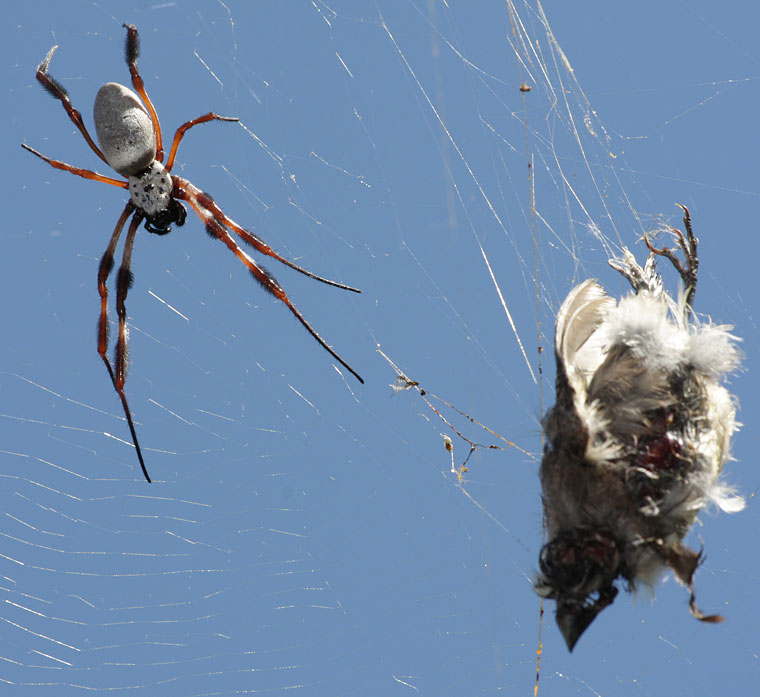 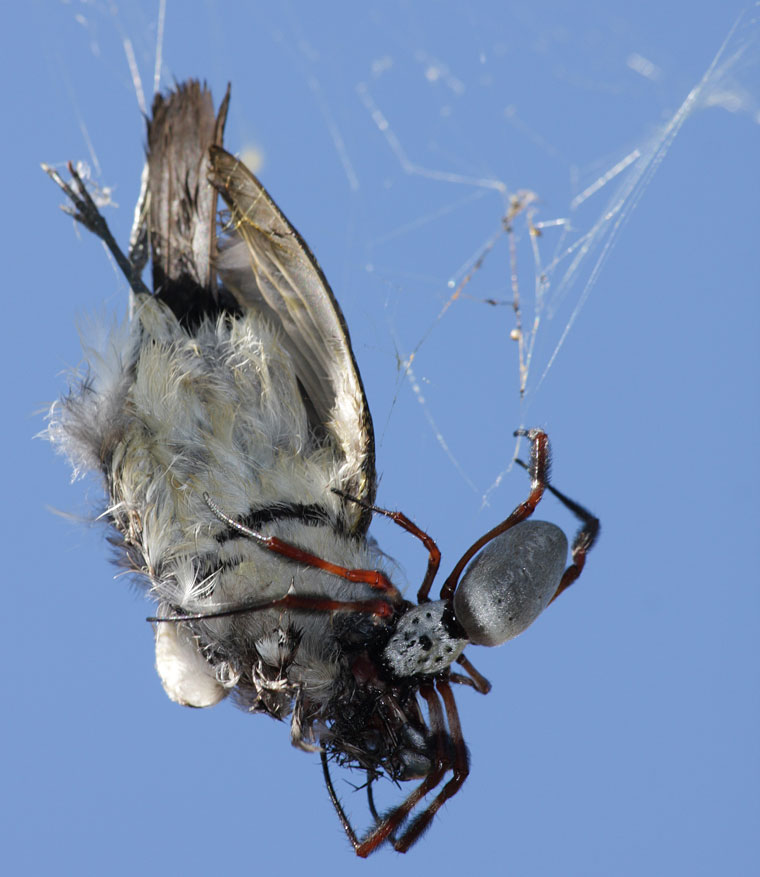 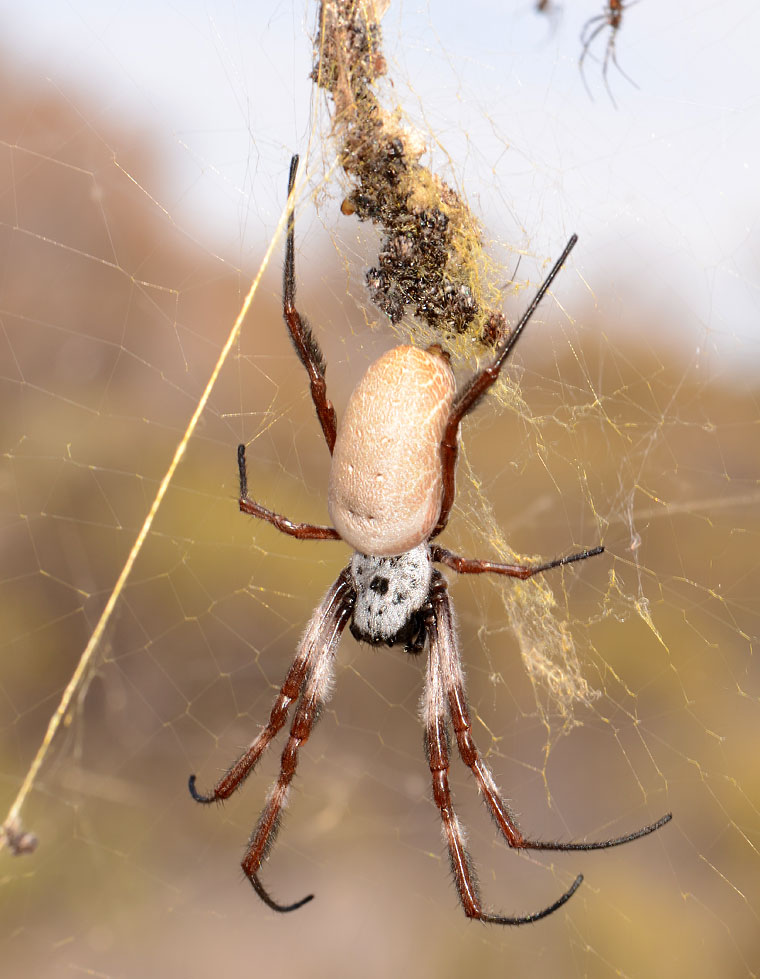 Female adult with debris trail and nearby males 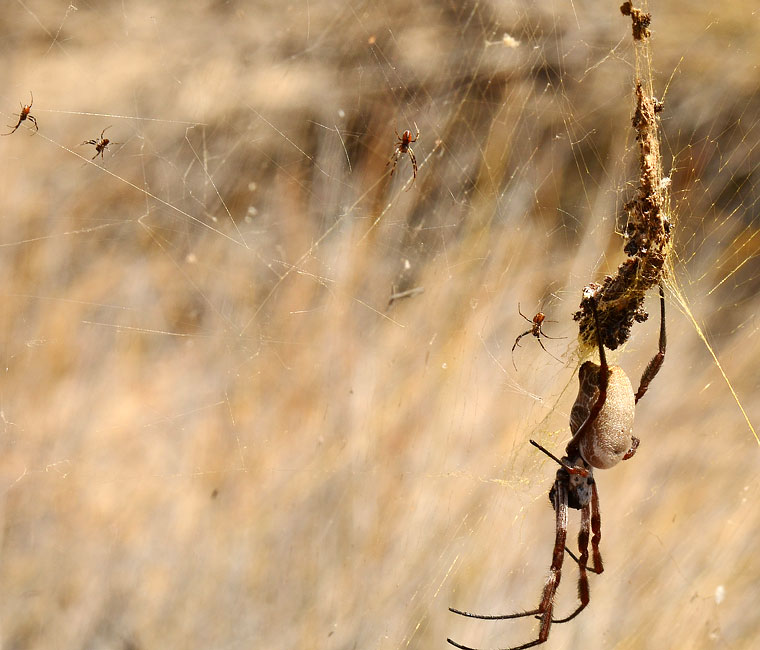 Mating, the small male above 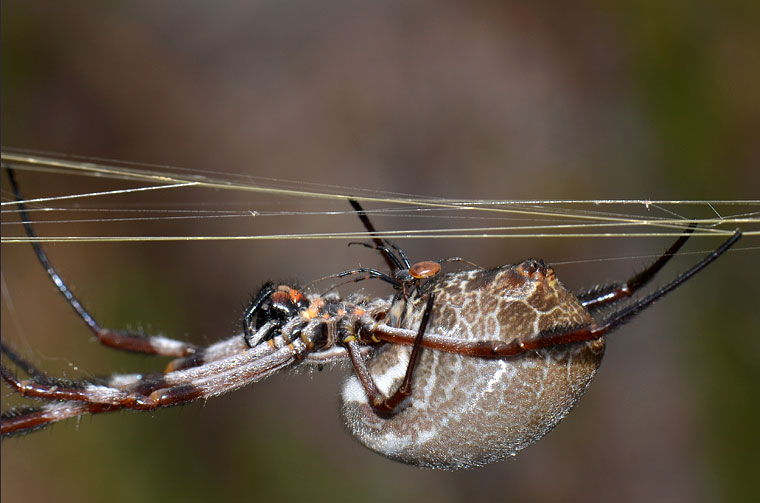 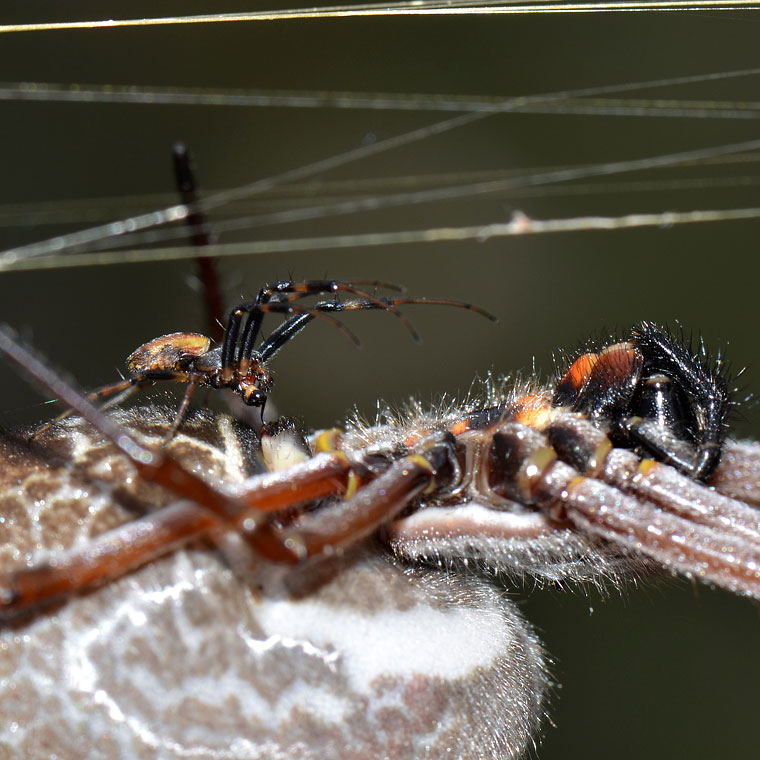 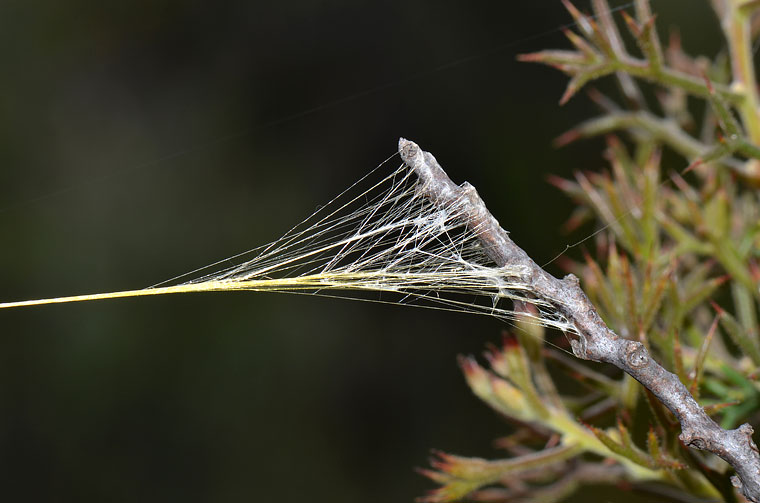 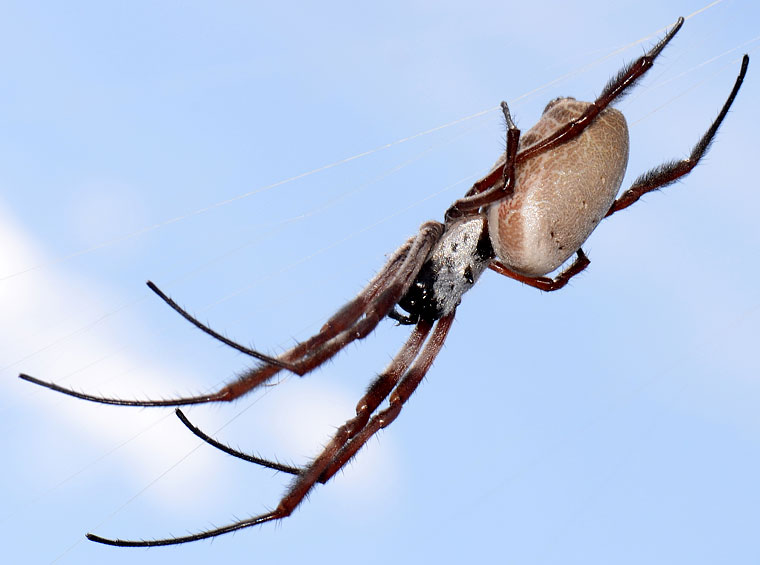