This medium-sized spider hunts by ambush during the day on the exposed surfaces of green leaves, with legs drawn up, waiting for prey. Resembling a bird dropping, it is extremely well camouflagued and therefore rarely noticed, but is not uncommon in eastern mainland states from Victoria's south coast to Cape York and adjacent hinterlands. When on the move, its spider shape is seen more easily. The Colours and patterns are extremely variable, ranging from brown through orange to black. These spiders show no signs of aggression when disturbed by humans and are thought to be harmless. The round egg sac is white fluffy silk, attached to the underside of a leaf by a stalk. ♀ 8mm ♂ 5mm

This specimen is brownish, with the two abdominal 'wings' white. It can also be seen in a darker (melanic) form. This spider was on a Brown Myrtle (Choricarpia leptopetala) at Walton Bridge Reserve, The Gap on Friday, 18 April 2008, photographed extensively, and was still there on the Saturday. 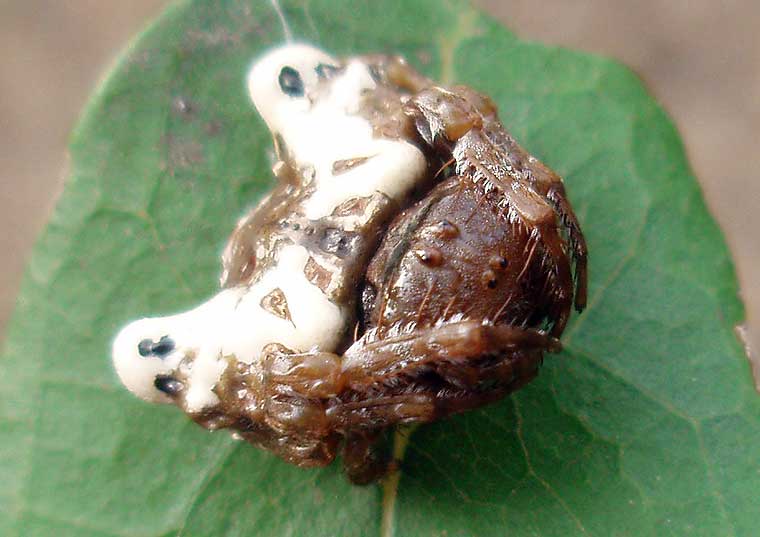 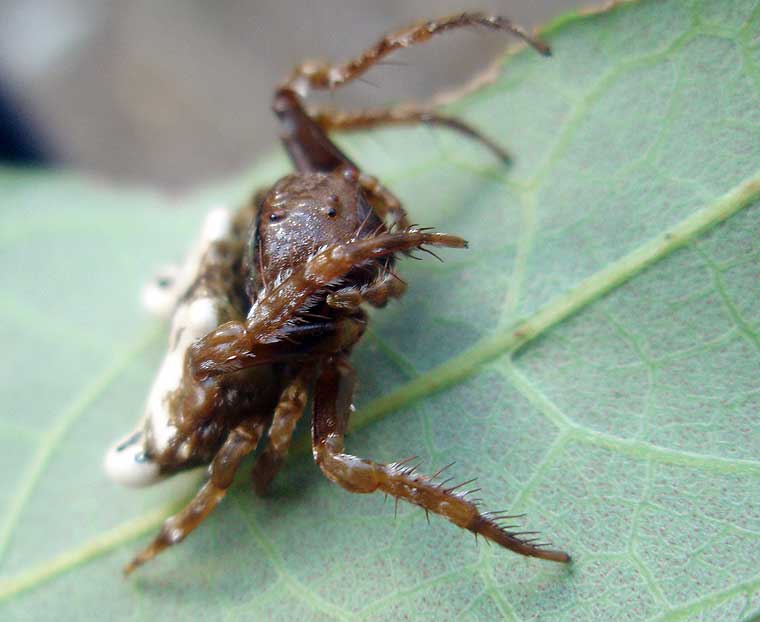 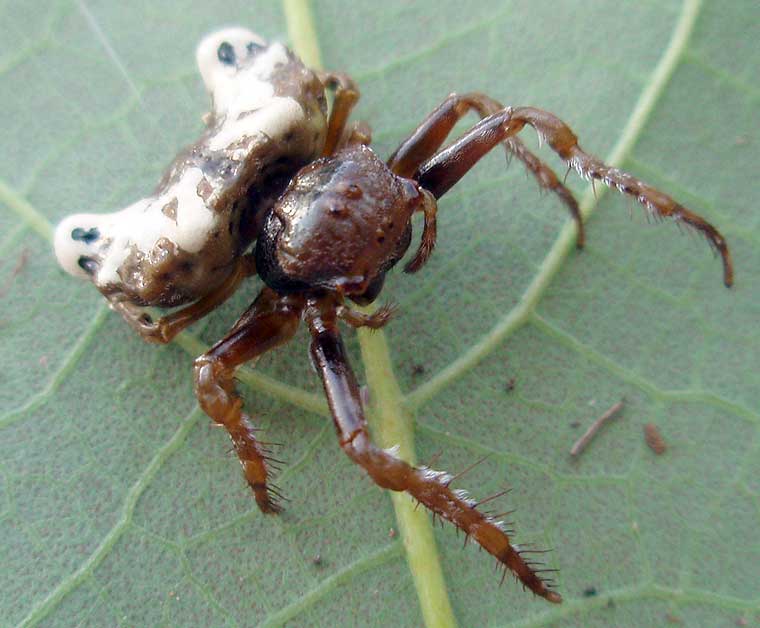 This is a view from above, almost impossible to recognise as a spider. The front of the animal is towards the top of the photo. 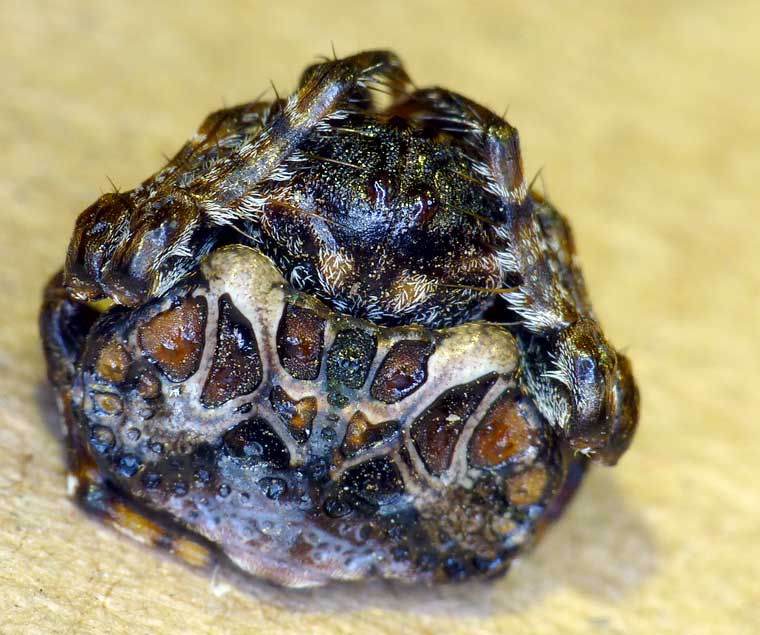 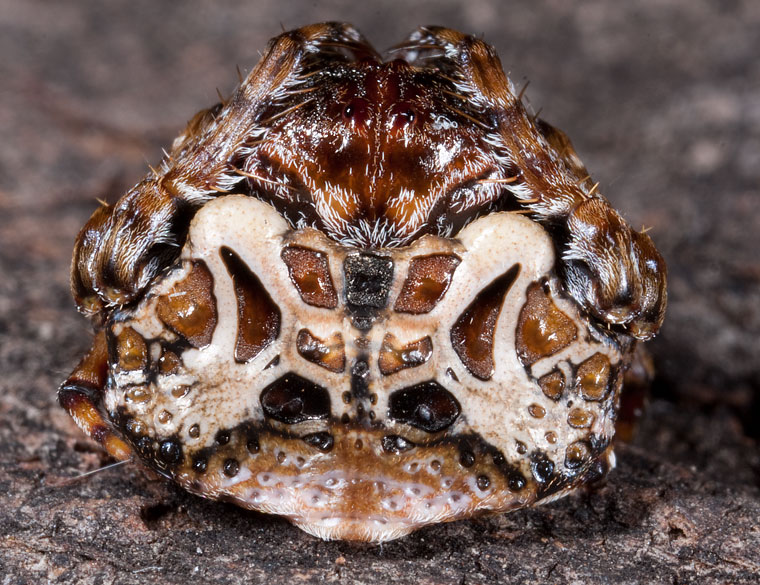 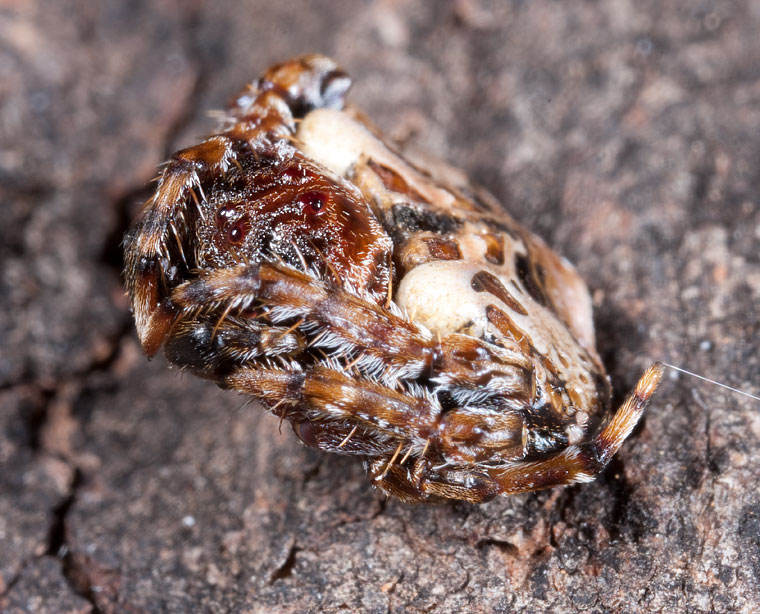 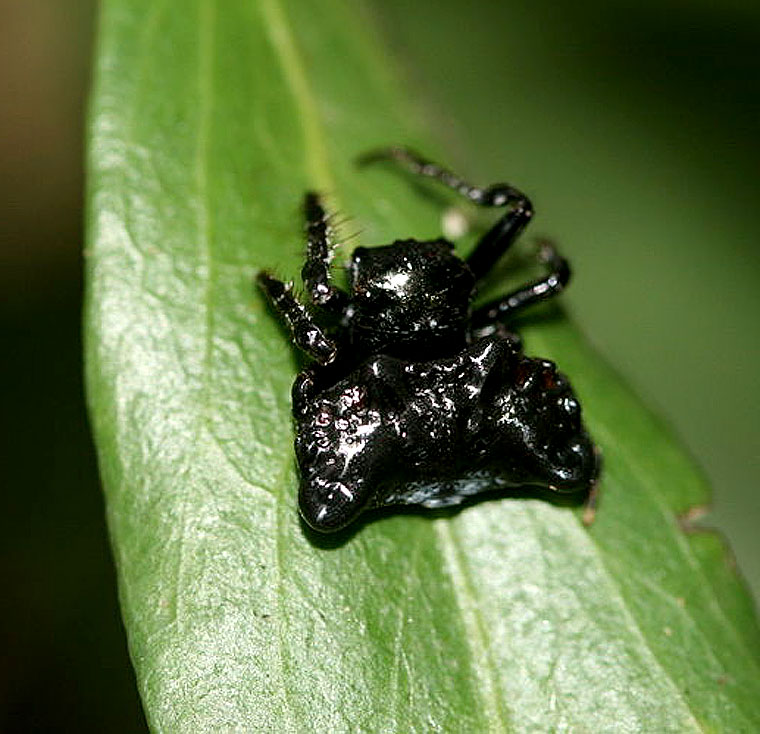 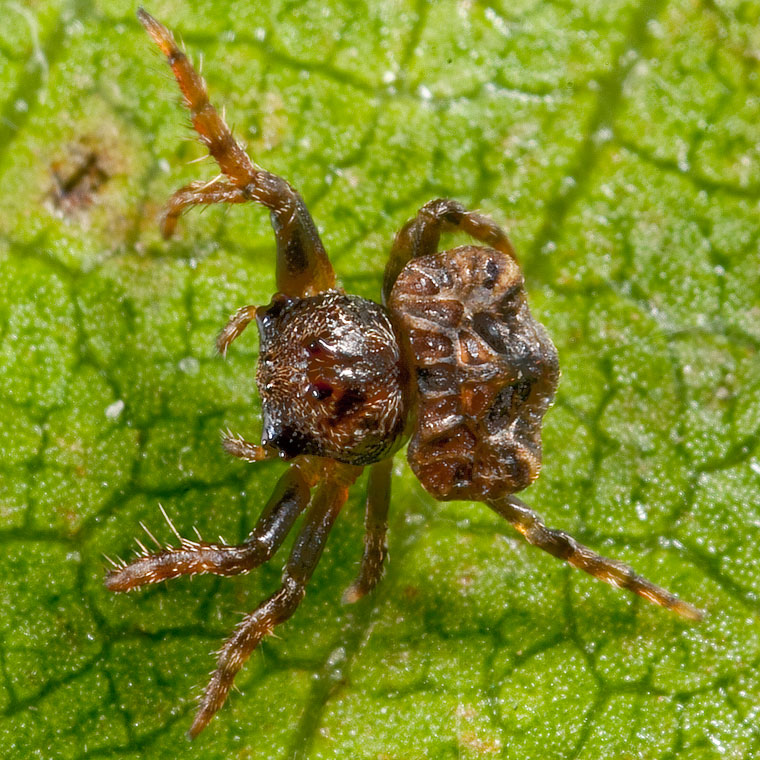