Home › Araneomorphae › CORINNIDAE Corinnids
Back : Next

A fast moving spider capable of climbing glass easily, mostly in woodland, extending also to coastal scrub and inland arid areas, throughout Australia including Tasmania, sharing its range with the similar Nyssus albopunctatus (Hogg, 1896) The front legs can be orange, the rest of the body is usually black with white markings. Colour variations, including gold or yellow spots, depend on location and habitat. In southeast Queensland, the behaviour is clearly mimicry of some pompilid wasp (e.g., Auplopus, Priocnemis) which has orange front legs and black back legs. The sudden movement with trembling front legs, stopping and restarting in erratic directions across the ground, are the same kinds of actions noted by spider wasps (Pompilidae) hunting spiders to provision their nest (Raven, 2015). A few strands of silk behind bark, or other objects, may be a sign of its retreat. It sometimes enters houses where it can be seen in sunny places, running swiftly in bursts up walls and windows. Females make a flat disk-like egg-sac on a flat surface. ♀ 8mm ♂ 7mm 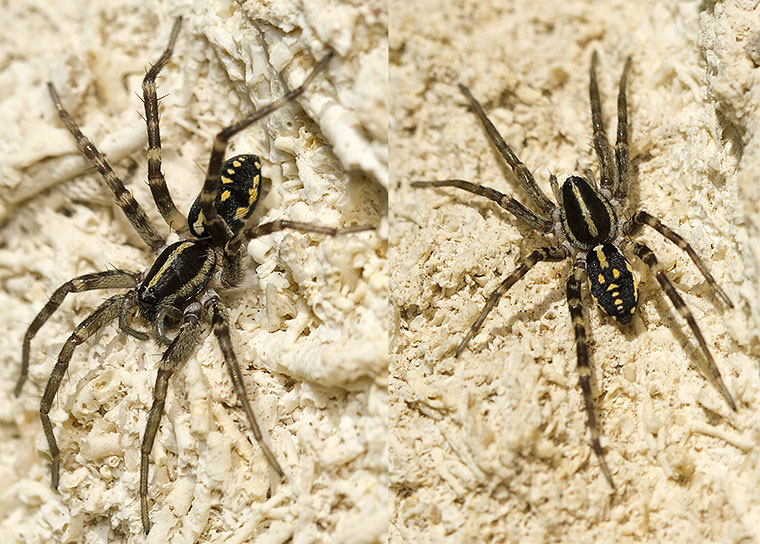 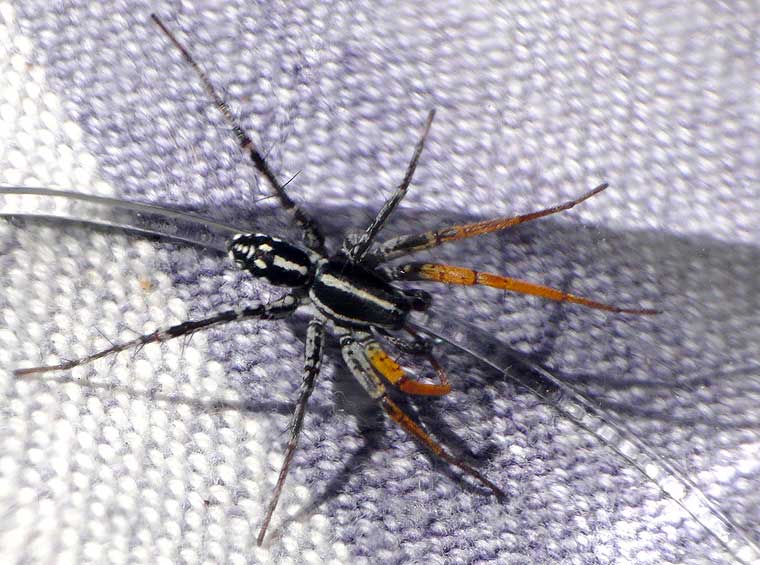 This is a male, discernable by the modified palps in this photo. Bites of these spiders and others in the Corinnidae may cause mild local pain, redness and swelling. 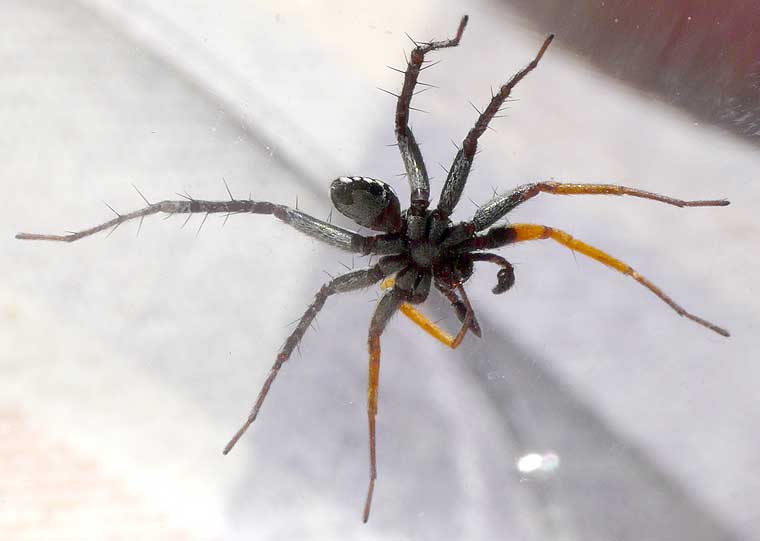 From above on bark 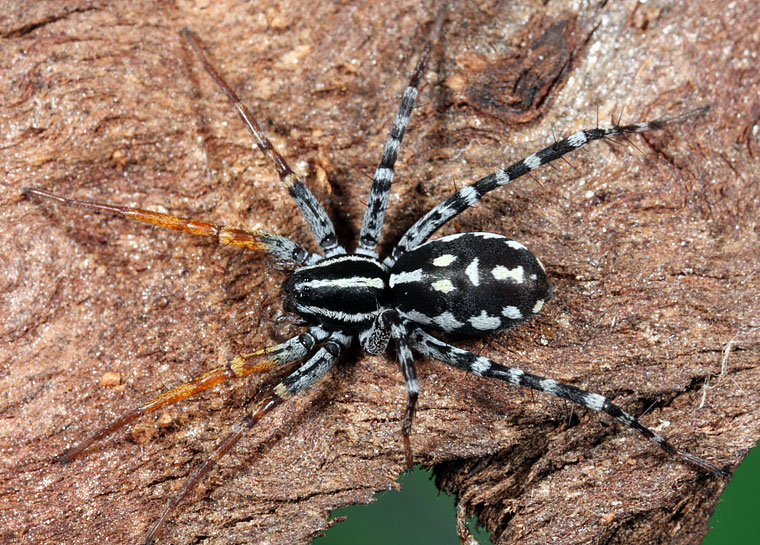 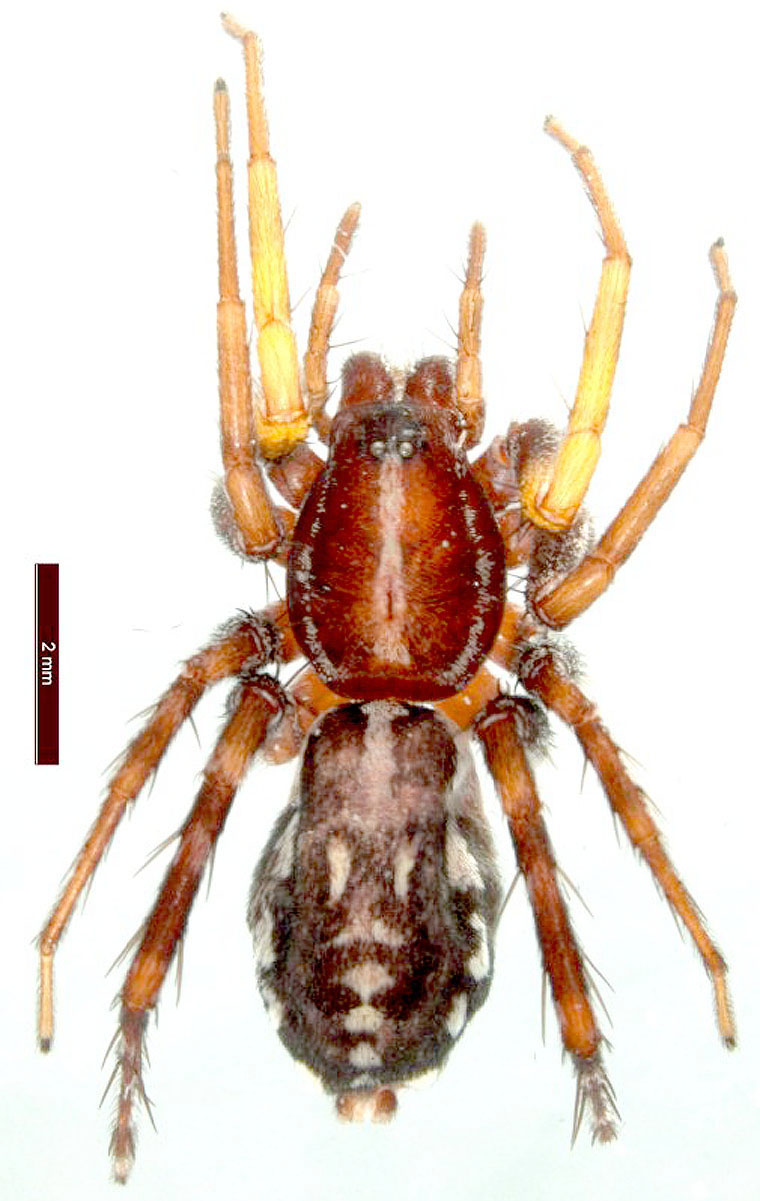 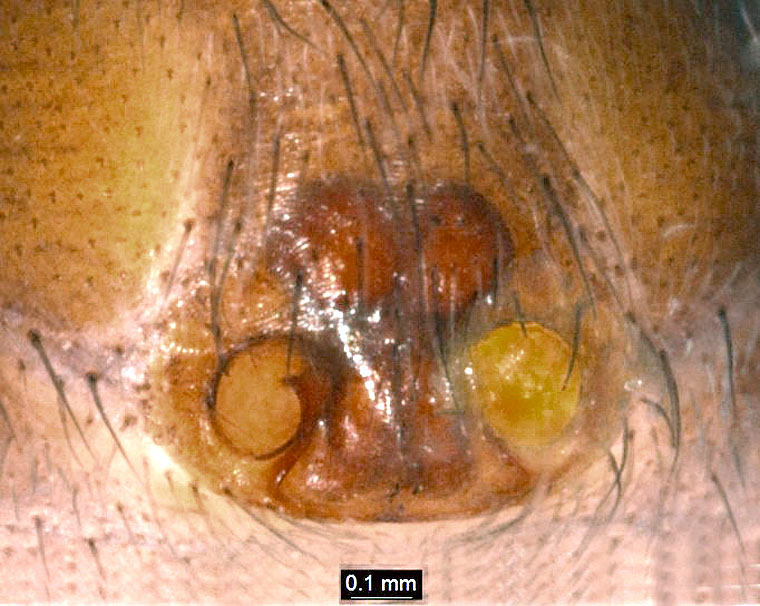 Photo: Barbara Baehr
Back to top 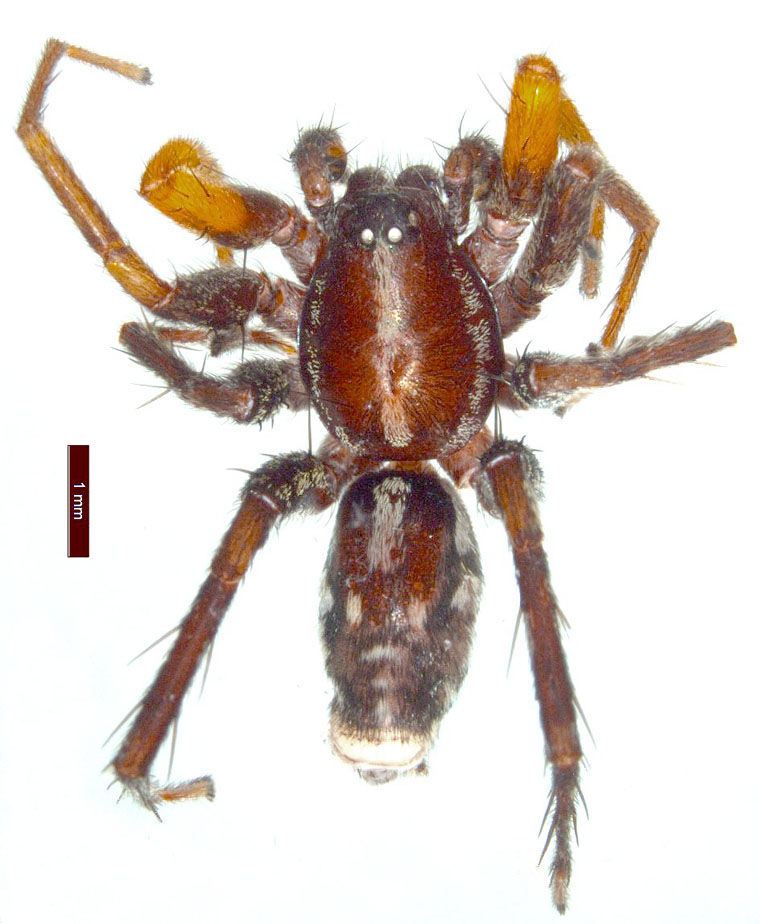 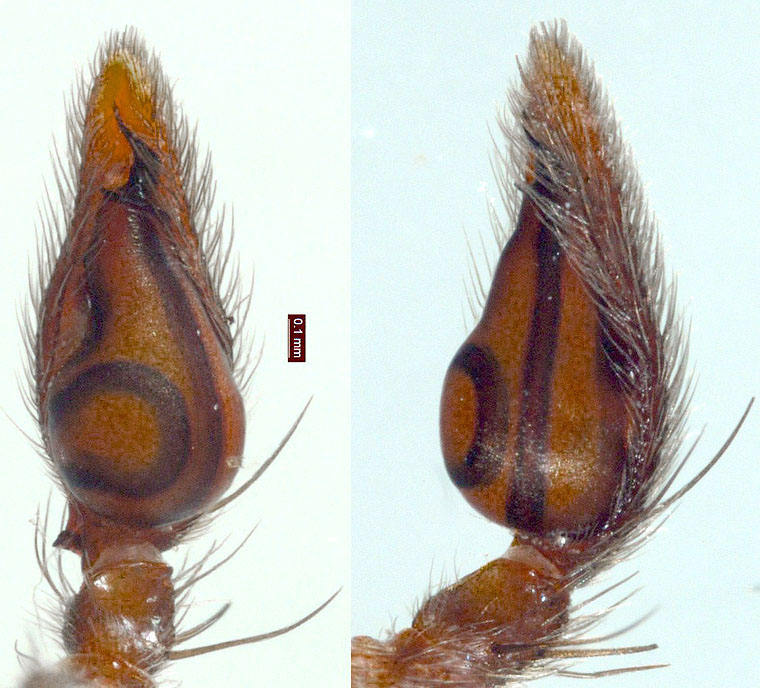