Simaethula is a genus closely related to Simaetha and endemic (only found in) Australia. It is smaller than Simaetha. These juveniles (about 1.5mm body length) were shaken out of a Lilly Pilly. There were several. They could be S. aurata (gilded golden) or S. auronitens (golen and polished, bright). They were very golden and in general resemble the drawings in Davies and Zabka guide to Australian Salticids. 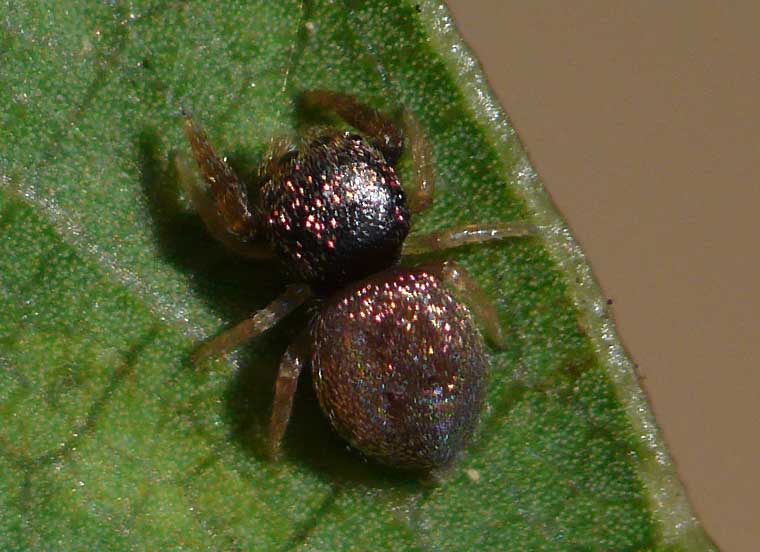 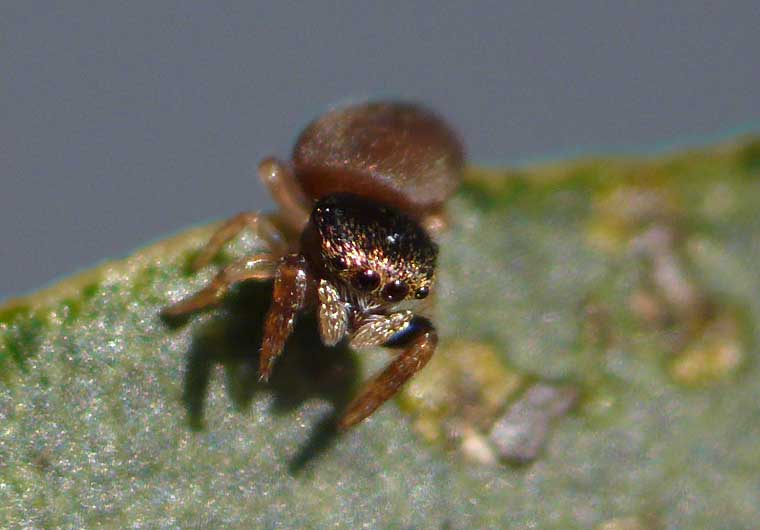 A typically golden Simaethula, note the pits on the abdomen where the muscles attach. 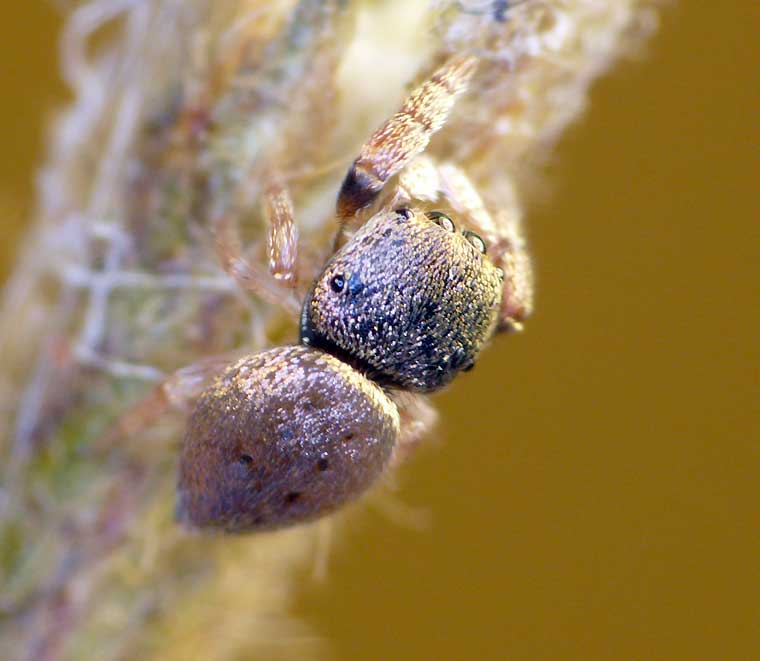