A medium-sized orbweaver recorded from coastal Queensland, likely to be fairly widespread at least on the Australian east coast, in most habitats with shrubs and trees. The females are about twice the size of the males. It is similar to 'Araneus' dimidiatus, a leaf curling Araneid, but this spider does not make a dead leaf retreat, instead using a live leaf as a daytime retreat. The species name means whitish or pale, referring to the whitish hairs on the upper surface of the abdomen, the rest of the spider being quite dark, especially the characteristic dark blobs on the front of the abdomen. ♀ 8mm ♂ 4mm 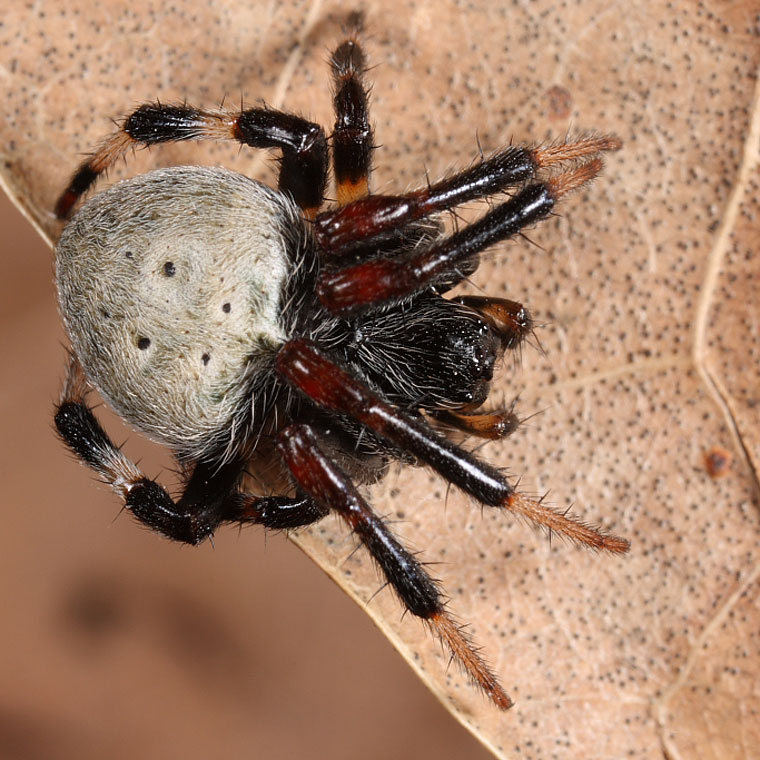 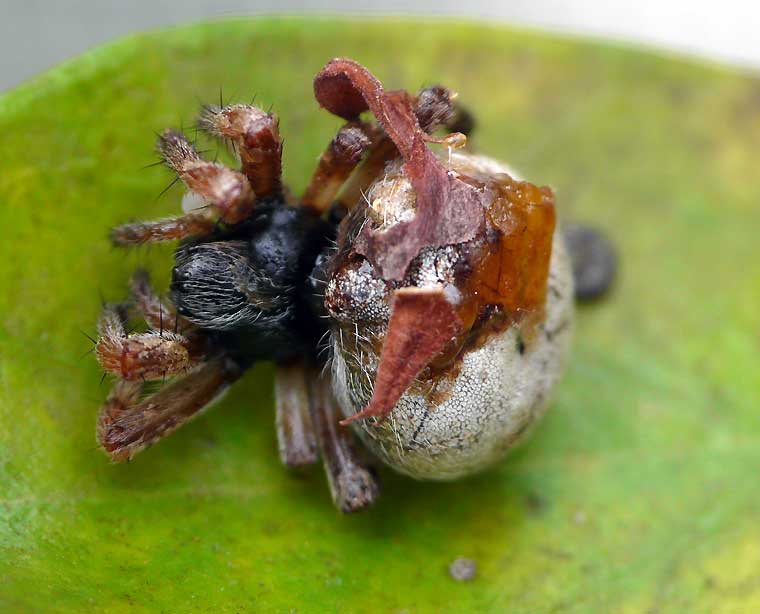