A lively, inquisitive and audacious cosmopolitan species found in most of Australia except very cold places and deserts. It is mostly found in or around buildings. It is naturally distributed in warmer climates around the world and also found worldwide in greenhouses and similar places, for example in several German zoos. Size and patterns vary according to location. The female is drab brown. The male is more recognisable by bright white fluffy pedipalps, a strong garland of white on the rear of the head, two big white spots in the rear part of the upper surface of the abdomen and sometimes a smaller pair of white dots even closer to the spinnerets. It is one of better described species of jumping spider in the world, having been described originally as Attus adansonii by Audouin in 1826, then redescribed in officially recognised literature another 22 times by 2013, often placed in other genera. The first placement into Hasarius was made by the French arachnologist Eugène Simon in 1871. ♀ 7mm ♂ 6mm 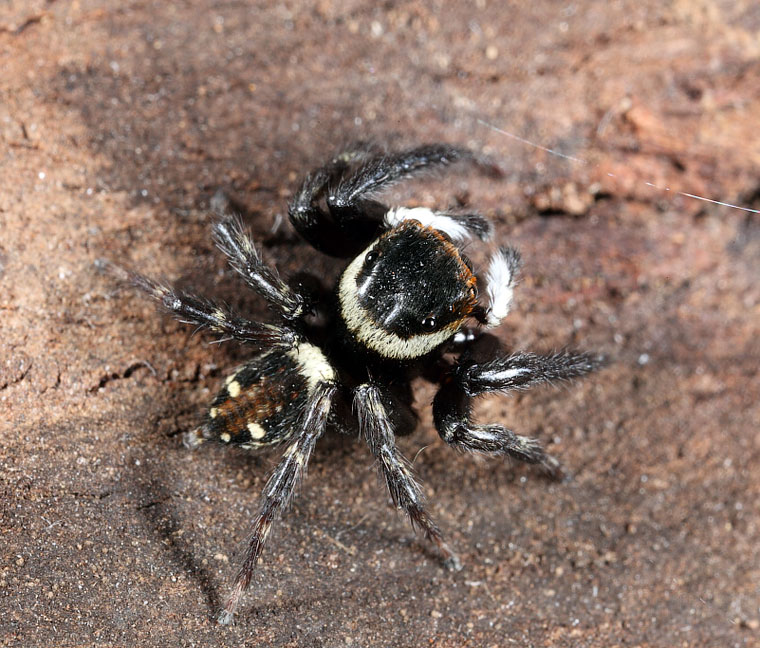 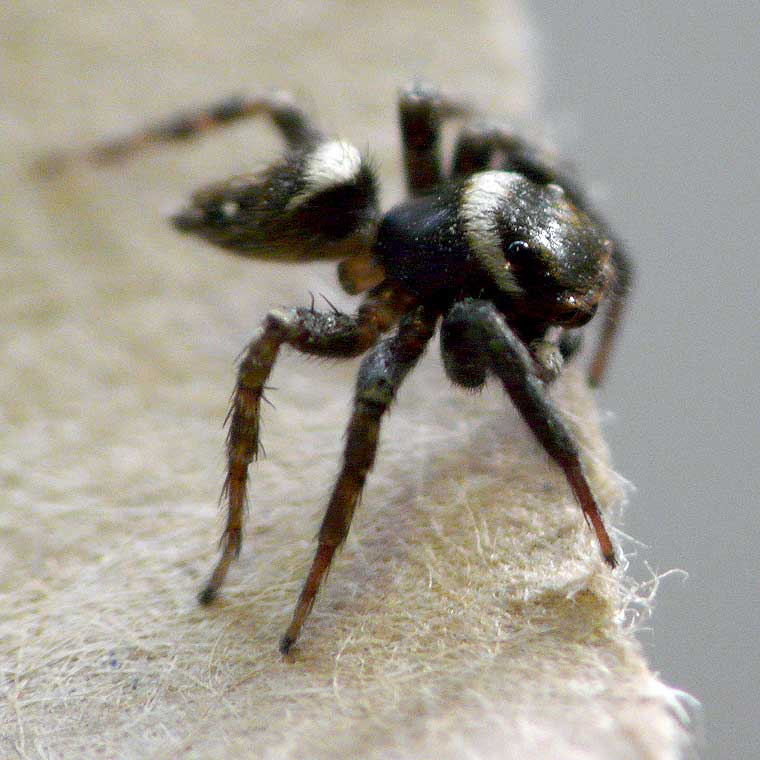