Named by Rainbow in 1916 from Queensland specimens, this spider is very likely found elsewhere, The adult below, body length about 12mm was seen in scrub in Melbourne Botanical Gardens Cranbourne, the juvenile, body length about 4mm, was shaken out of a Psychotria daphnoides in the Gap, Brisbane. Another photograph of a female with spiderlings is on page 19 of the Australian Wildlife Guide: Spiders.

Adult female, face on from above 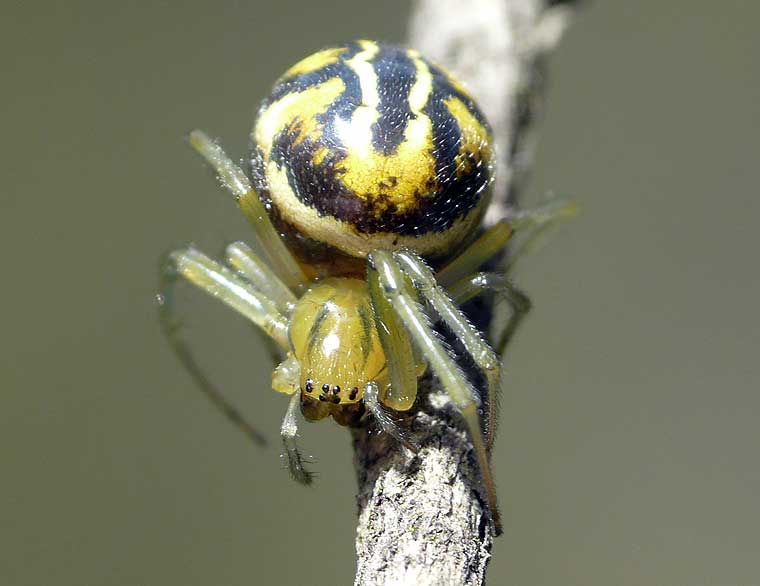 Adult female, side on from above 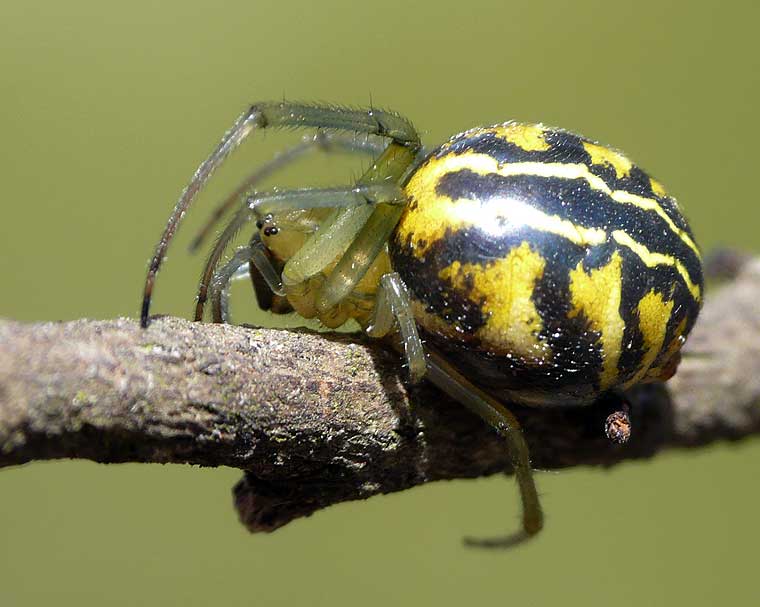 Notice the white band long the front of the abdomen. A similar white stripe is apparent on the juvenile. 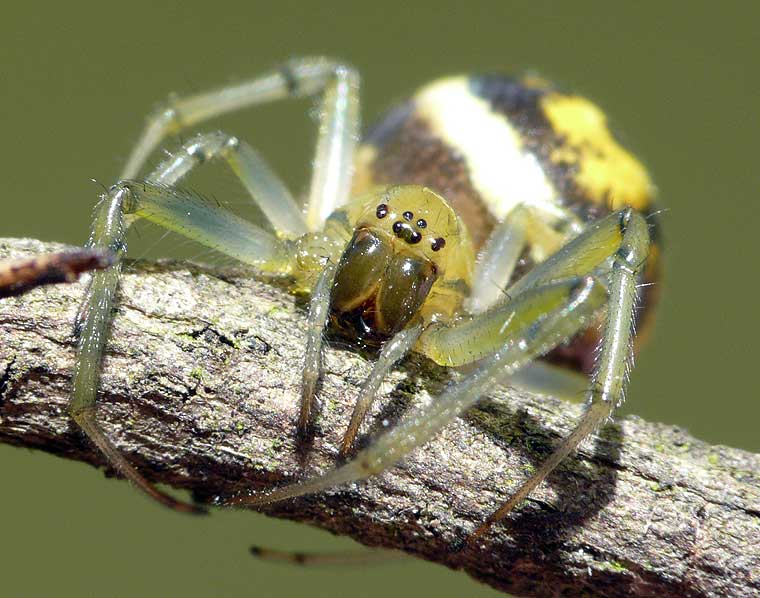 Adult female, from above 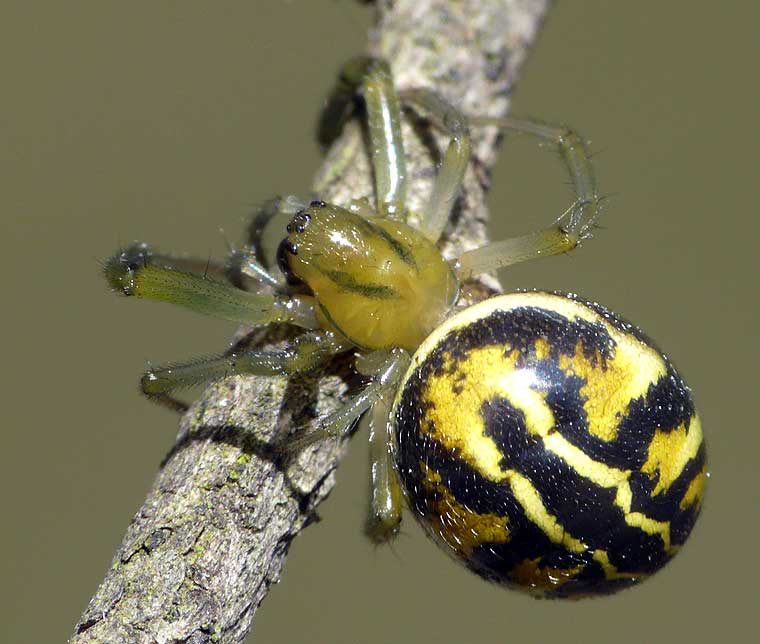 There is sime purple in the black that hints at the colour of the spiderlings in the picture in the Wildlife Guide. 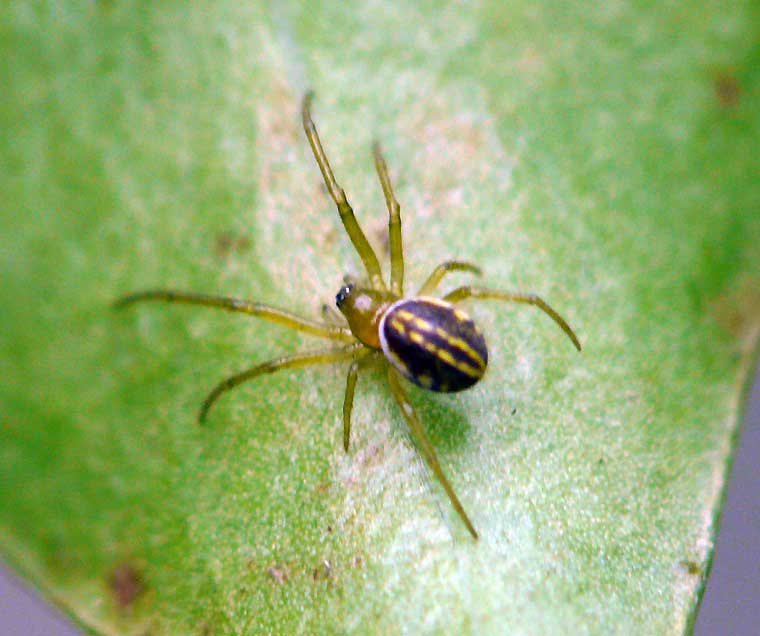 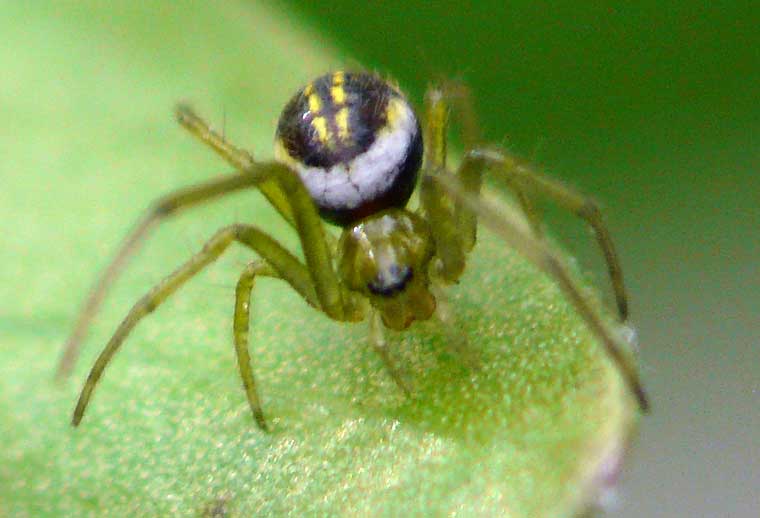