A widespread, variable, small to medium-sized crab or flower spider in coastal woodland to semi-arid areas of Australia, Lord Howe Island and parts of south east Asia including Thailand. The female is medium sized, the male much smaller. Both male and female spiders are pale, or whitish like milk, the meaning of lactea, one of its previous names. Sometimes yellow, the meaning of xantho, while gaster means rear segment. The colour varition is so great it has been described under different names, presently synonymised under Zygometis xanthogaster in the most recent major revision of Australian thomisids by Pawel Szymkowiak. The male and female have brown head stripes, the male has brown shoulder slashes, legs I and II with a brown sock distally on the femur ending diffusely in white, brown knee sock ending in a distinct white band, distal half of the tibia black and most of the metatarsi black while the tarsi are clear. The palp has the embolus wound around the outside of the ventral face and only a small part of the bluntly-peaked cymbium visible. The male has sparsely placed black hairs (setae) roughly in rows on the abdomen lean towards the rear. Megasetae gialt spine-like hairs) on the head around the eyes lean forward. ♀ 7.5mm ♂ 2.5mm 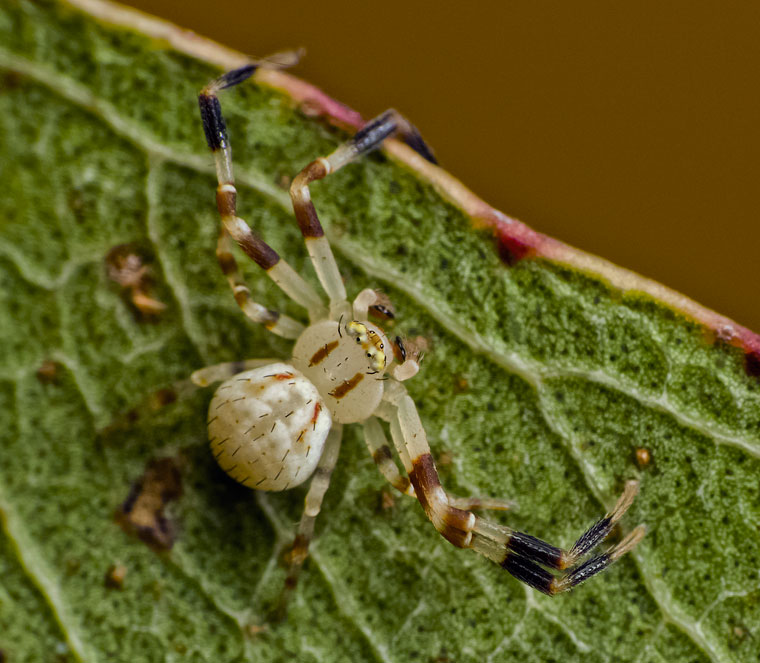 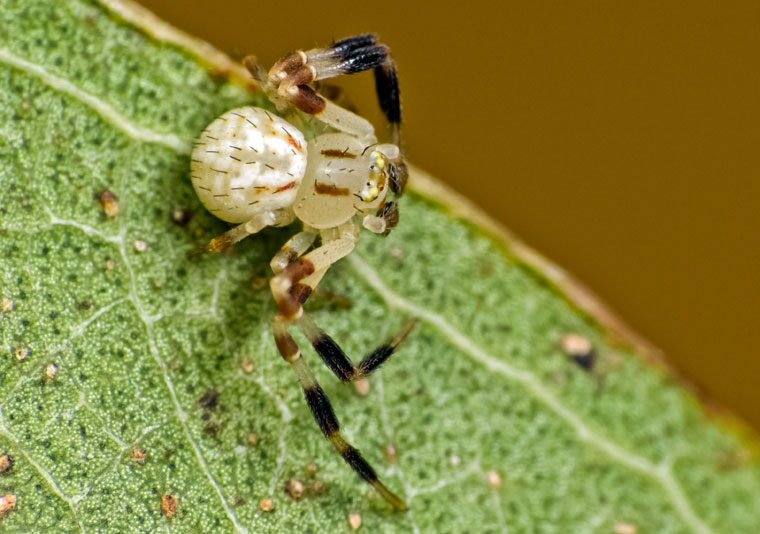 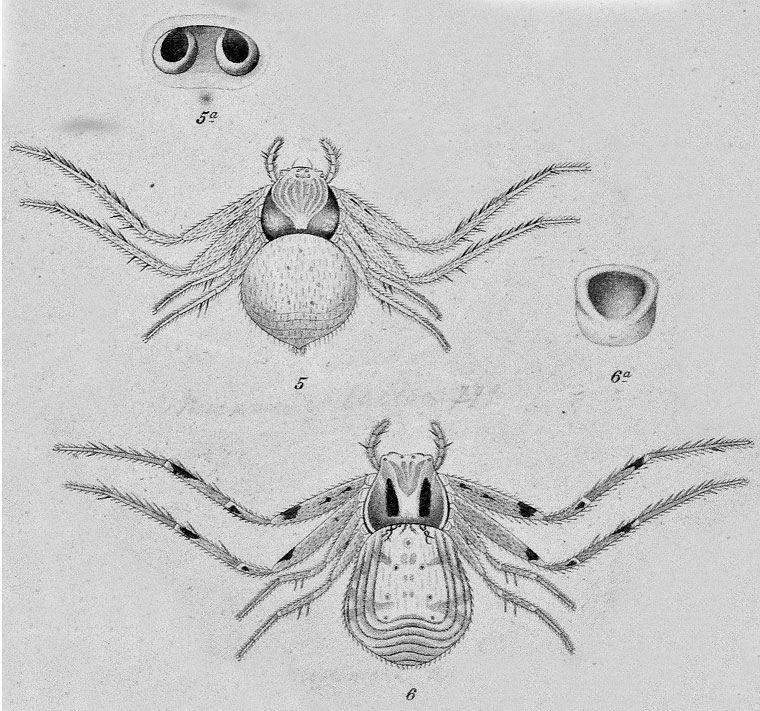