A small, usually dark-coloured, cryptic species, well camouflaged against bark, twigs and leaf litter, found in well-vegetated habitats in eastern Australia. Very common, probably a group of species rather than just one. Originally described by Koch from a female only in 1874, then another female in 1876. The species name means lobed, probably in reference to the high peaks of the abdomen. The male has not been formally described. The female may be confused with the very similar Stephanopis barbipes, the adult males of which are very distinctive, featuring large tufts of hair on the front legs. ♀ 5.5mm ♂ 3.5mm 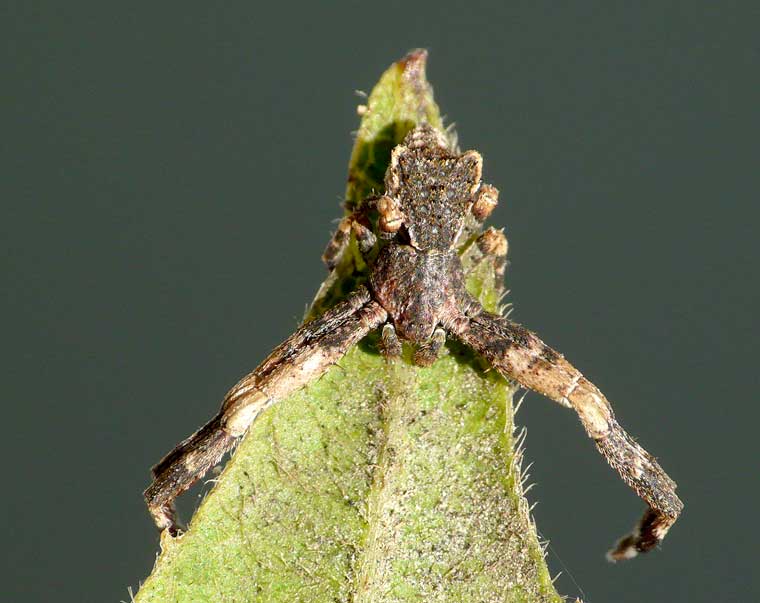 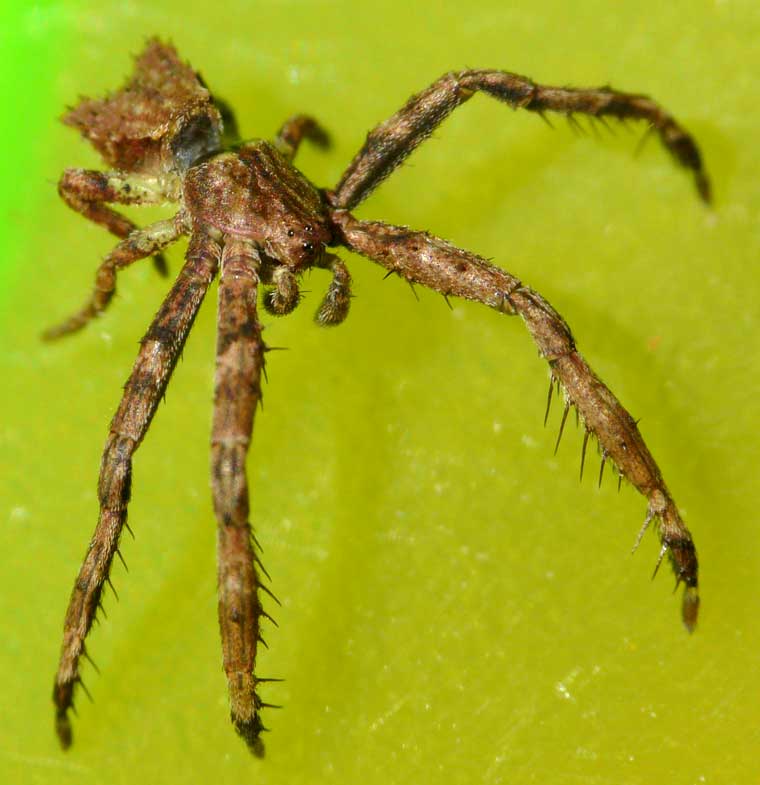 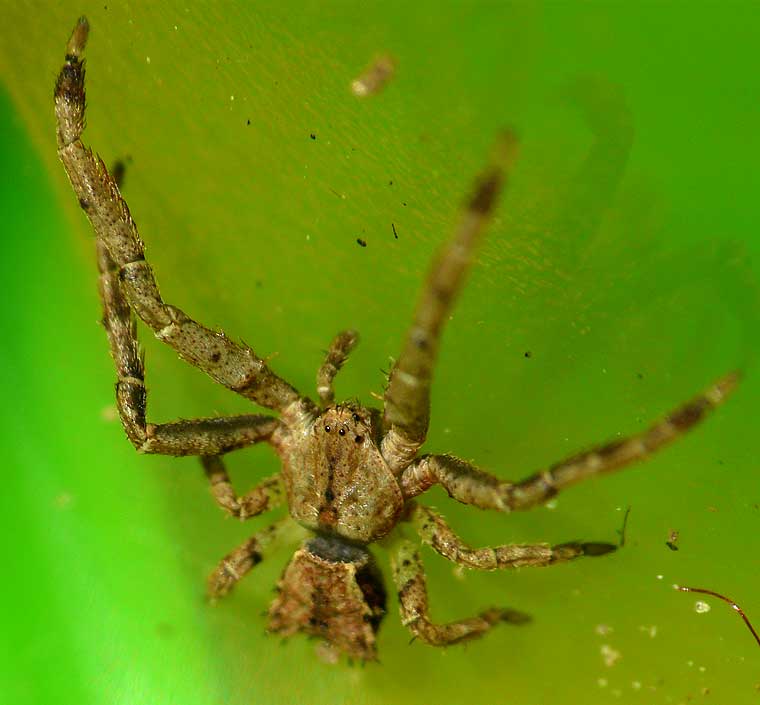