Arachnura higginsi is an Orbweaver widespread across the southern states of Australia including Tasmania, in most types of bushland, occasionally in gardens. The female stays in centre of her web during the daytime. Adults are usually brown to cream coloured, though juveniles can be brightly coloured, being pink, yellow, red, brown or cream. Females gradually develop the long tail during their lifetime. The tail can be arched over the head from behind, somewhat like a scorpion's attack position. This can be induced by a piercing sound near the spider, like a shrill whistle (pers. obs. RW)`. The large pointed shoulders of the upper abdomen, reaching well over the rear parts of the cephalothorax, are characteristic. No other spider looks like this. It builds a vertical but not fully circular orb web, the upper two sectors left incomplete. The female produces a long string of up to 8 woolly-brown egg-sacs, each about 5mm long, from the top of the web to the centre, and sits at the lowest one. The male is very much smaller, tailless and hard to find, sometimes on the web fringes. About 60 creamy, non- sticky eggs are produced, diameter about .8mm. A very common spider, but not often noticed. Some confusion persists regarding the two main Arachnura spp. A. feredayi (L. Koch, 1872) and A. higginsii (L. Koch, 1872). In reality it may be found A. feredayi is not a valid species, but a misidentification of A. higginsii. In Koch & Keyserling (Die Arachniden Australiens) the drawings appear to have tails and shoulders of both species swapped, when compared with spiders observed by us. In other words, the tail drawn for one species appears to belong to the other species, and vice-versa. In fact the shoulders and tails appear variable in A. higginsii and are not diagnostic. ♀ 16mm ♂ 3mm 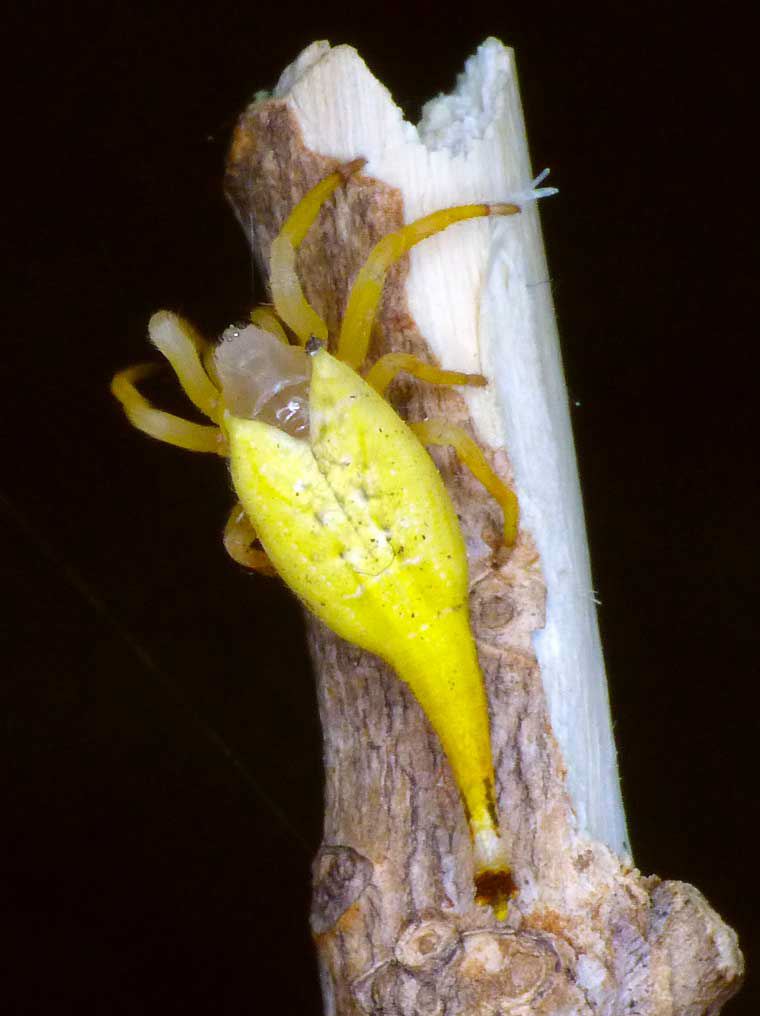 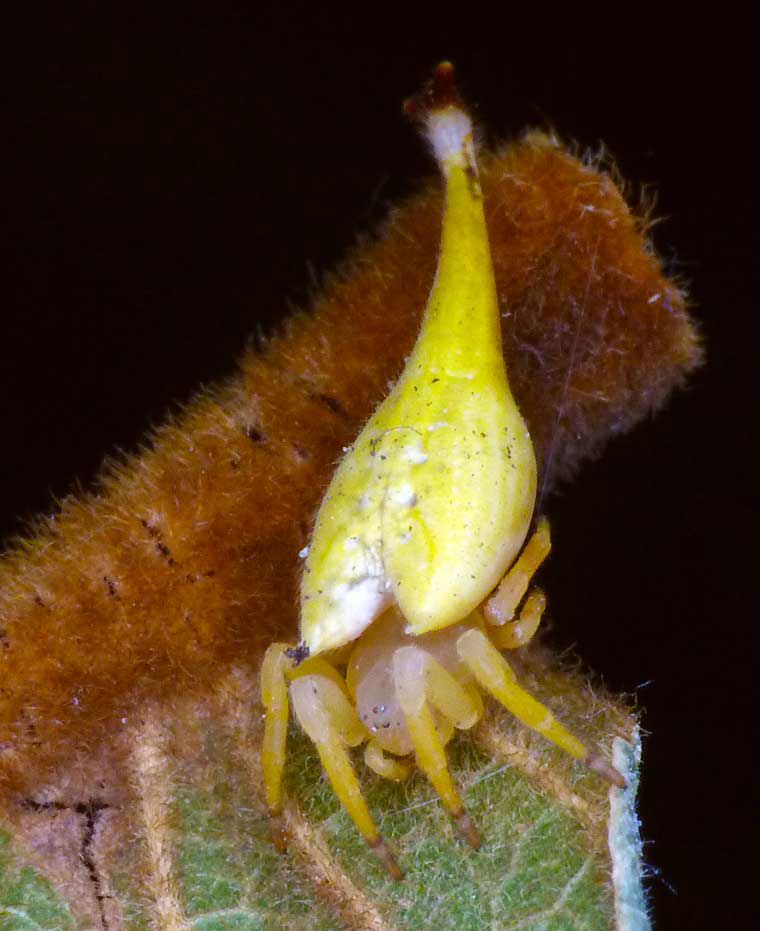 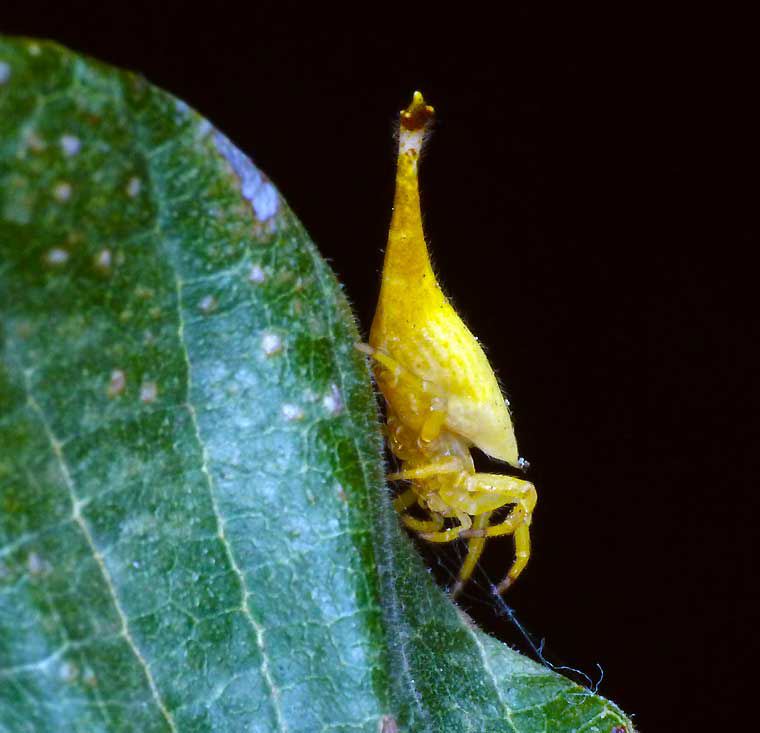 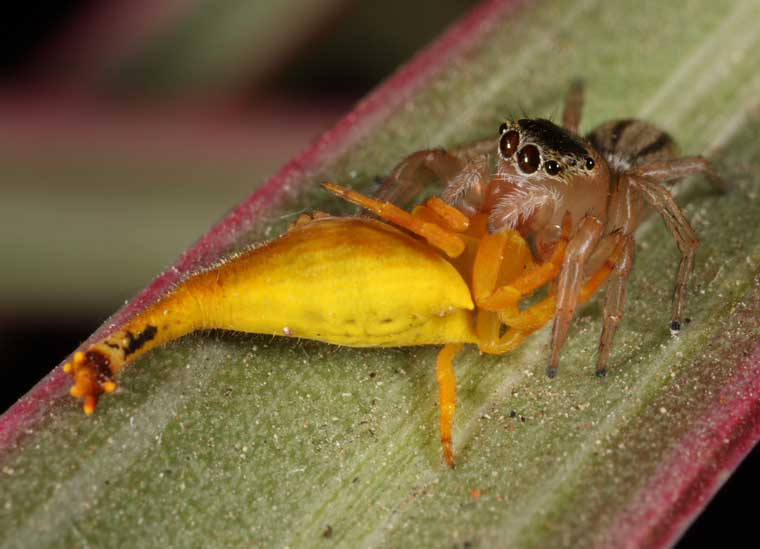 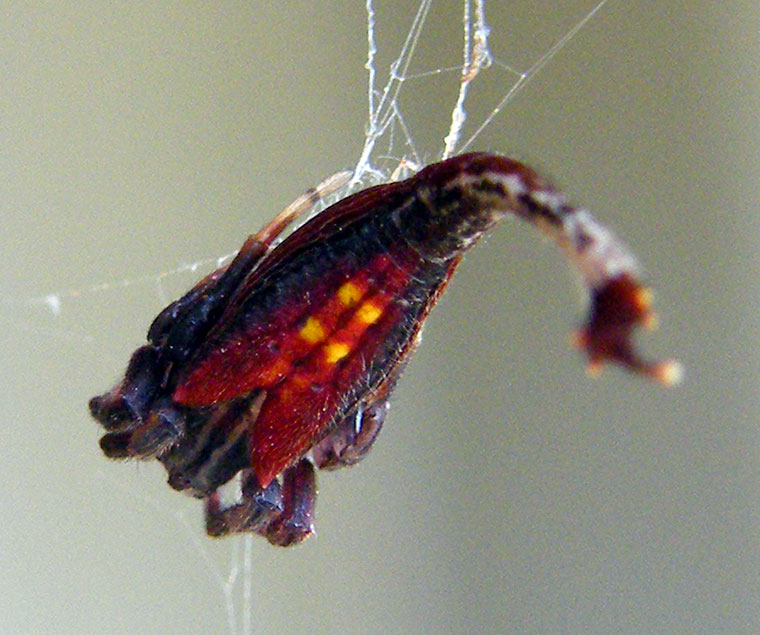 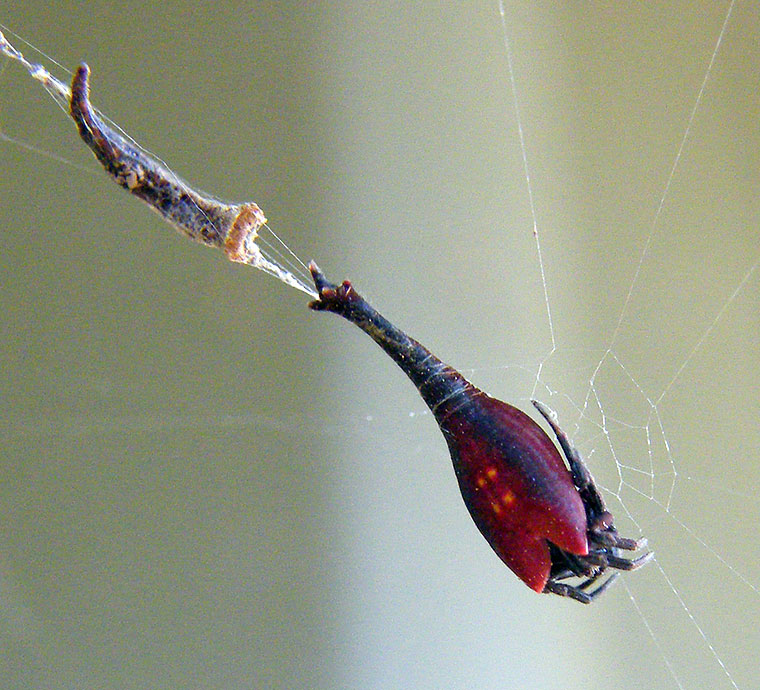 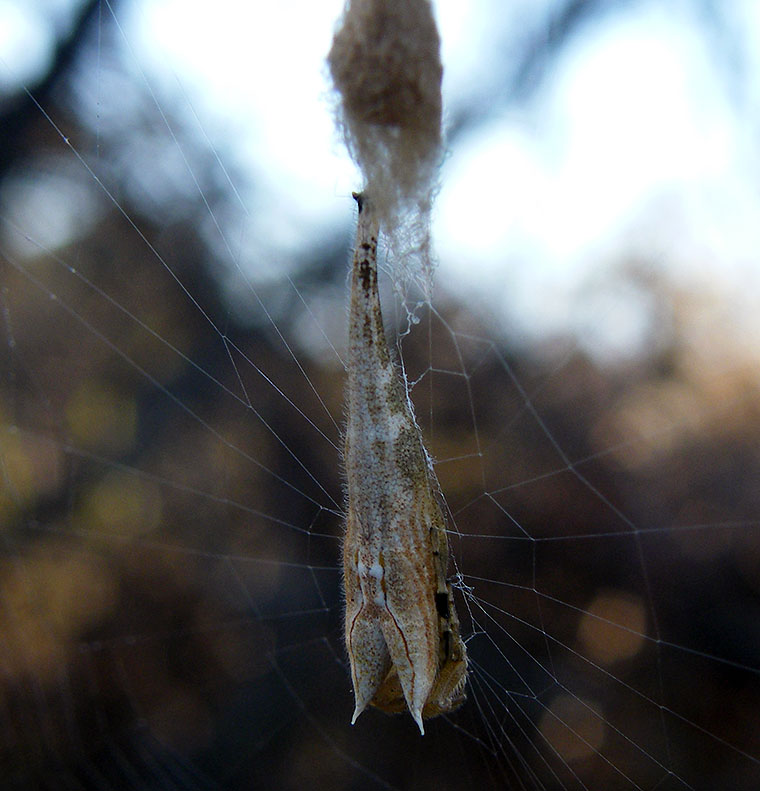 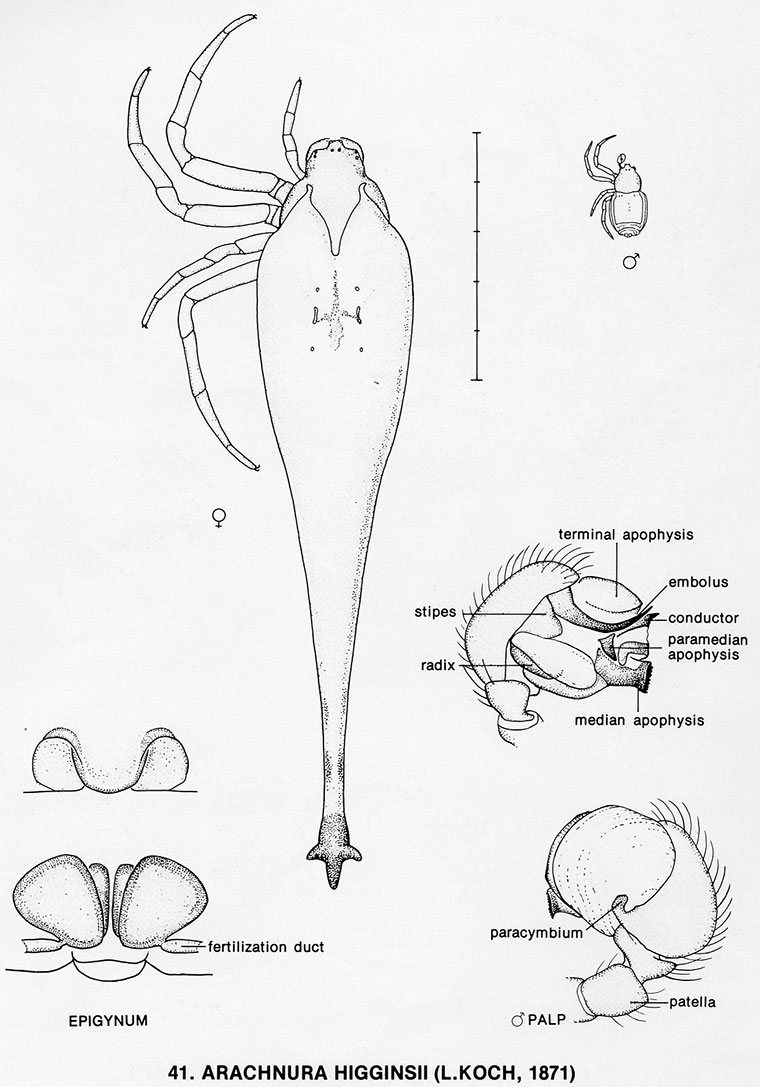 Koch's drawings seem to be wrongly figured, the body shape of A. feredayi (2.) and A. higginsi (1.) being swapped. 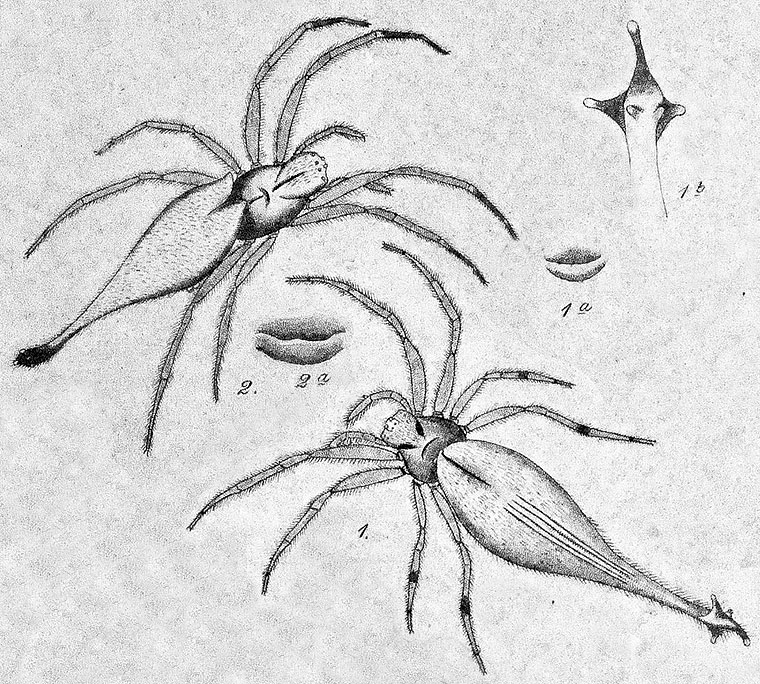