A crab spider only found in Australia most often on Dianellas. They wait for insects or other small invertebrates to ambush. Usually green, making their presence difficult to discern on green leaves or flowers. Occasionally they may be yellow, light brown or reddish. Body length: male 4.5 mm, female 8 mm. Males slimmer and smaller. The front pair of legs are much longer than the other two pairs of legs. The abdomen is trapezium shaped, with a pair of dorsal humps, with a red patch on each. The cephalothorax is pear shaped. The egg sac is in a leaf, with the tip folded back to cover the eggs. Eggs 0.8 mm in diameter, non sticky, cream coloured. Usually 20 to 35 eggs in each egg sac. Described by in 1874 by Ludwig Koch. This spider was originally placed in the genus Sidyma by Simon in 1895. However, this name was already used by Walker in 1856 for a genus of moths. In 1942 Strand renamed the genus Sidymella. 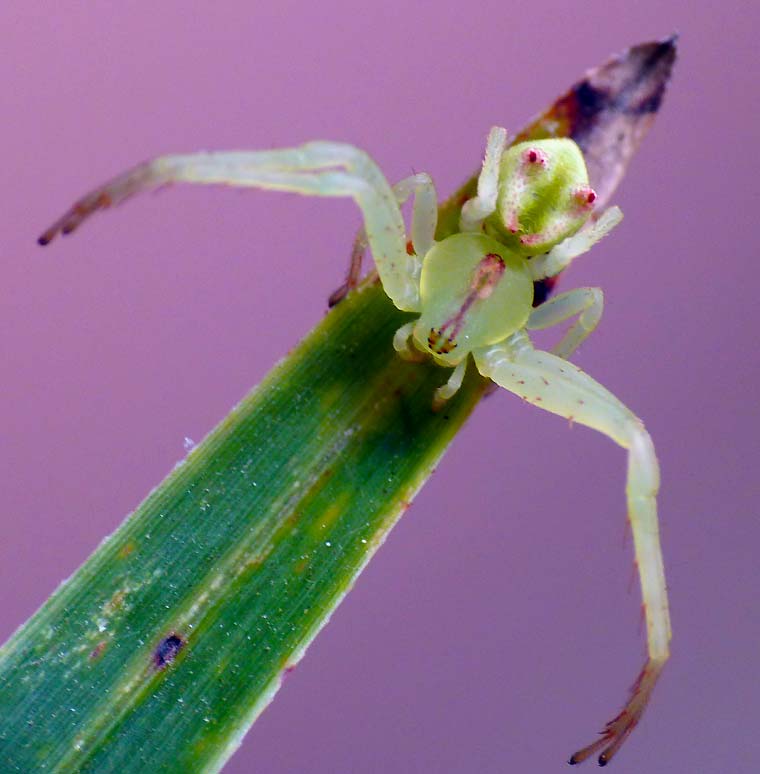 On leaf, side view 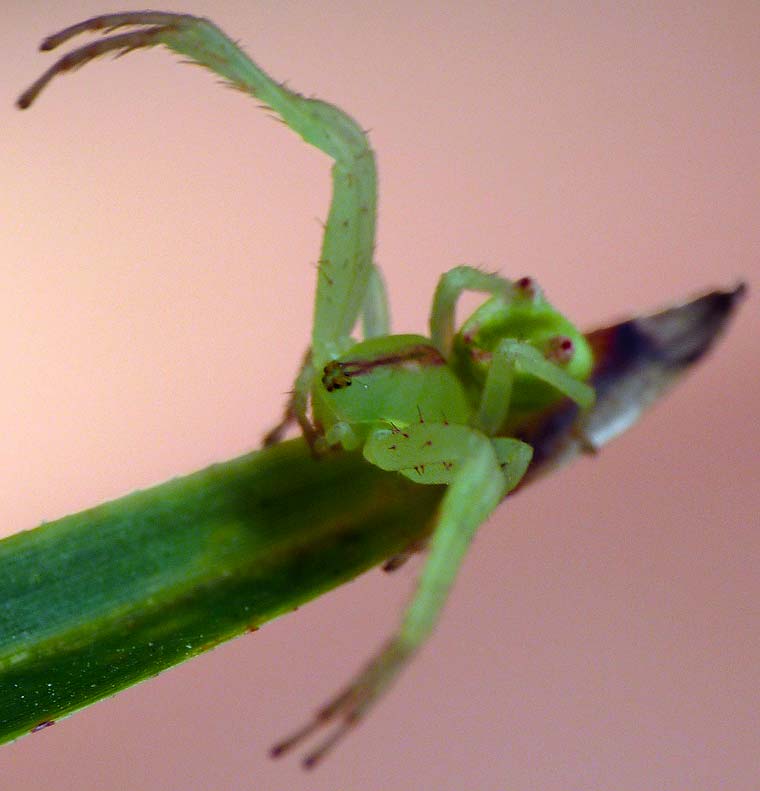