Home › Araneomorphae › SPARASSIDAE Huntsmans
Back : Next

This sparrassid is not as common as H. immanis, recorded only for Queensland and New South Wales. First described as Voconia insignis by Thorell in 1870. After a few changes over the years, being in Holconia for a while, then Isopeda, David Hirst transferred it back into Holconia in a major revision of Isopeda at the South Australia Museum, in 1990-91. The species name insignis means distinguishing mark. David Hirst noted this one has a lovely soft brown-white pattern instead of the usual grey of this species. (pers. comm.) ♀ 22mm ♂ 18mm 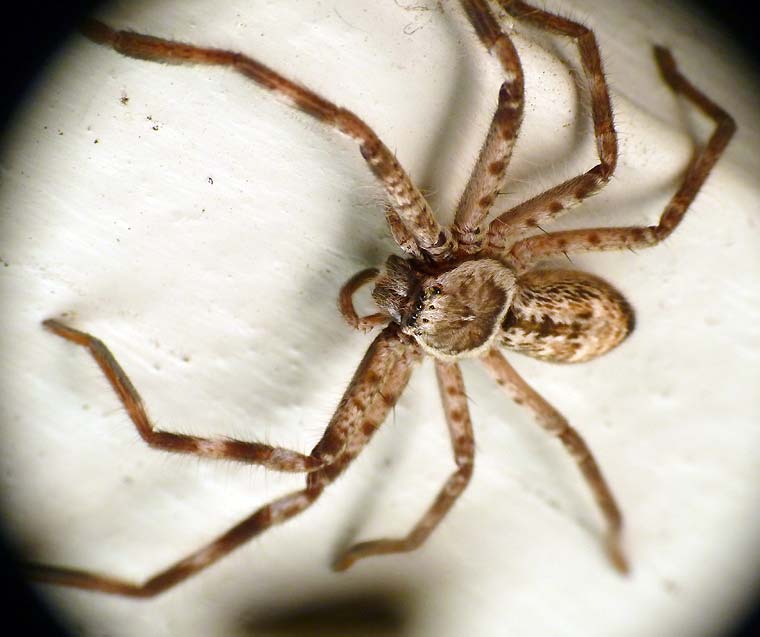 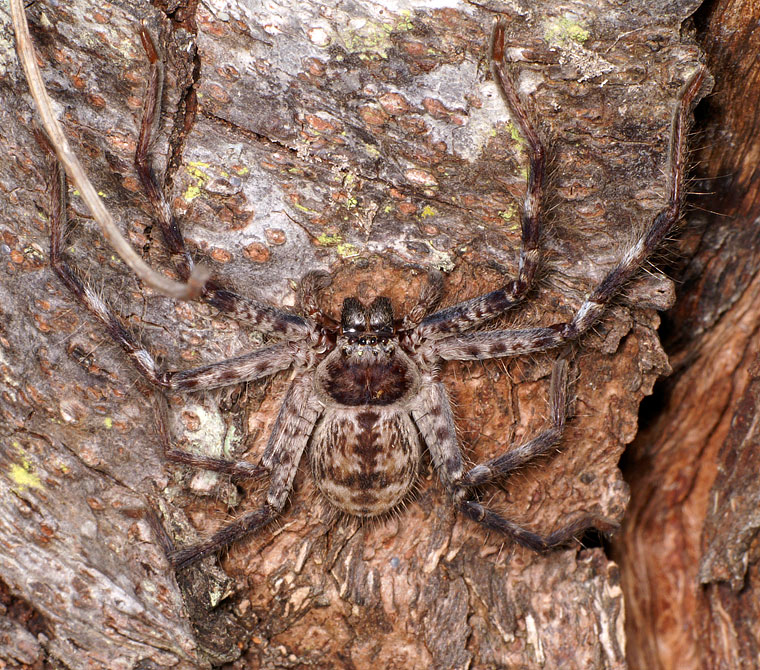 Photo: Ed Nieuwenhuys
Back : Next
View My Stats