This widespread Salticid is a bark-dweller with a flat body, mostly black with a thin longitudinal line on the carapace and diffuse white markings in a stripe running lengthways along the upper surface of the abdomen. Body length of the females to 11m, males about 8mm. It has been recorded in coastal New South Wales, the Lake Eyre basin, Coastal Queensland including the hinterland and ranges, Tasmania Victoria and Western Australia as well as New Zealand. It is a wandering hunter with good eyesight and camouflage, eating bark-dwelling insects and spiders. The male is smaller but otherwise similar in appearance. The eggs, diameter 1mm, are laid in a white round egg sac about 6mm across in a silken retreat. This spider was named by Koch in 1879. The word leuco means white and comis in Greek refers to a Count, a type of minor nobility. 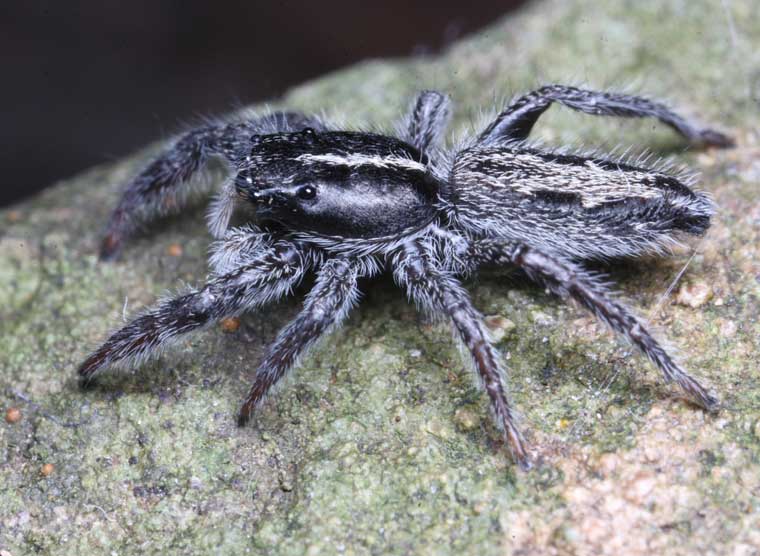