A medium-sized jumping spider usually on or under eucalypt bark in most parts of continental Australia from Western Australia to Queensland. Often very dark and quite flat, with short and chubby front legs. Female body length to around 8mm, males slightly smaller and more slender. The abdomen, usually somewhat lighter, often brownish or greyish, has a depressed section with two strong parallel grooves running lengthways. The cephalothorax is usually darker, to black, as are the front legs. The male has a short scute on the upper side of the abdomen, leading edge. Food is bark-dwelling insects and other arthropods, especially the false scorpion. Named Marptusa planissima by Koch in 1875, moved to Holoplatys by Simon in 1885. The species name planissima means very flat, which it is not but it is flatter than some others. The following is a use of the Latin: "Estne tibi forte magna feles fulva et planissima? - Do you by chance happen to own a large, yellowish, very flat cat?" 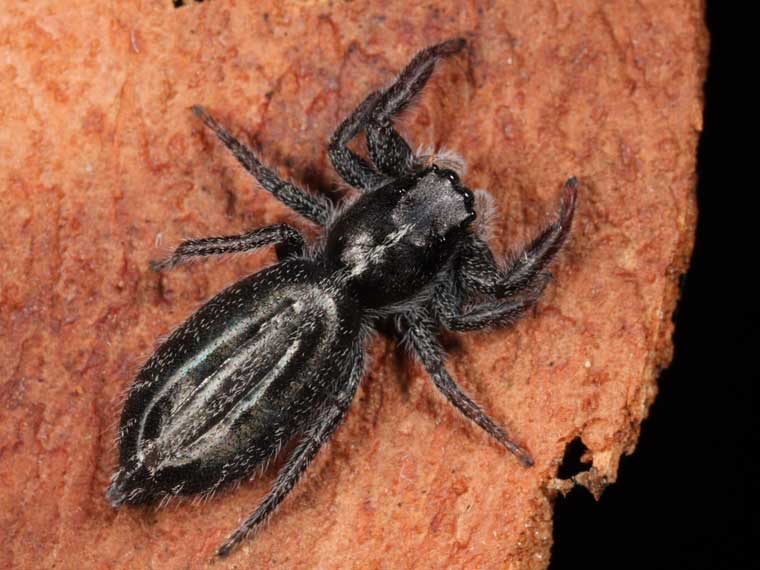