Cosmophasis micans, the name often associated with this species, does not exist in Australia, it was a misidentification in Koch & Keyserling (Die Arachniden Australiens). Cosmophasis thalassina is the proper identification. Either way, it is a spectacularly coloured jumping spider with iridescent, metallic-looking, turqoise-green coloured bands across the carapace (but not to the rim), a white stripe along the front edge and sides of the abdomen, a central white stripe running lengthways down the abdomen and white and turquoise bands on the legs - otherwise mostly jet black. In Australia its range is Queensland from the wet tropics to (rarely) SEQ, including central Mackay coast and desert uplands but probably only in riverine rainforest in southern and central areas. Also in New Guinea and South East Asia. The carapace is high, widest behind the posterior lateral eyes sloping quite steeply to the margins. The abdomen is long, more or less cigar-shaped, a little flattish on top and tapering towards the spinnerets. It feeds on ants and other arthropods (Mascord 1970). The male is much bigger than the female which is hard to distinguish from some others. The Cosmophasis micarioides male is very similar but has bands on the head reaching all the way to the carapace rim. ♀ 5mm ♂ 8mm 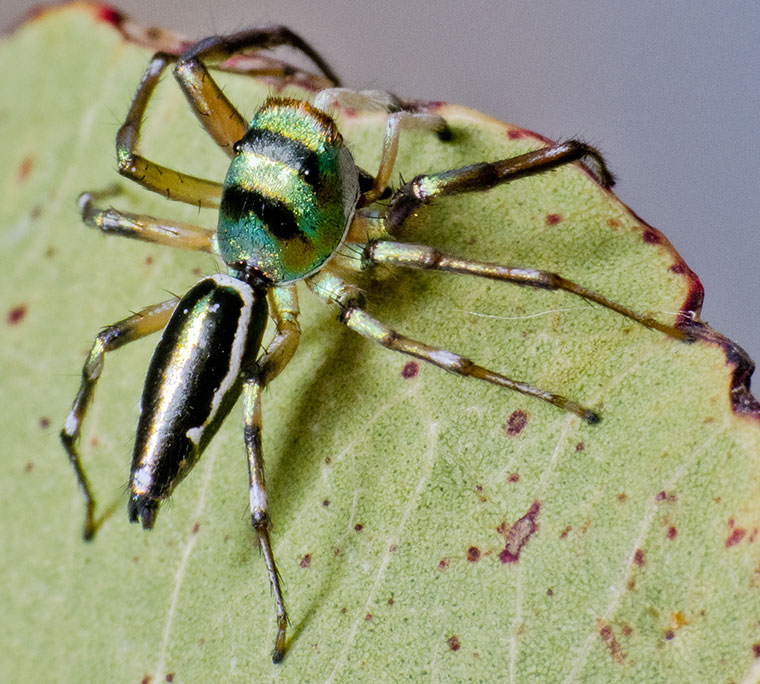 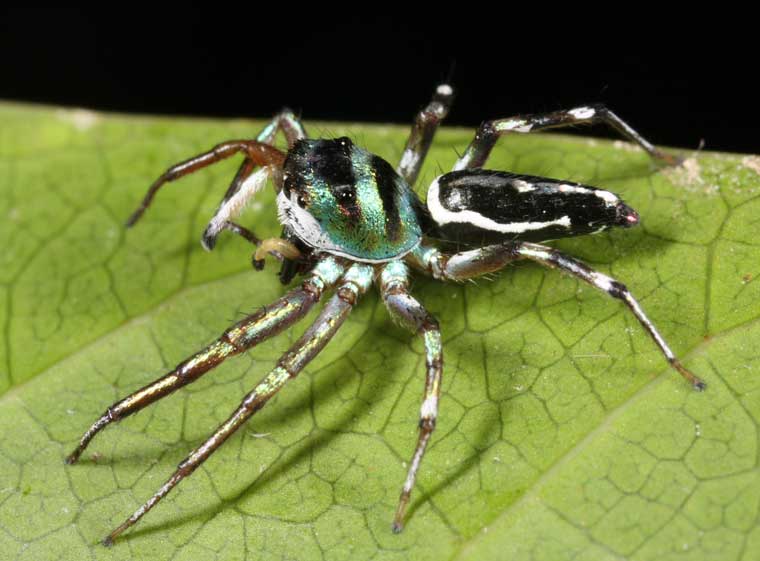 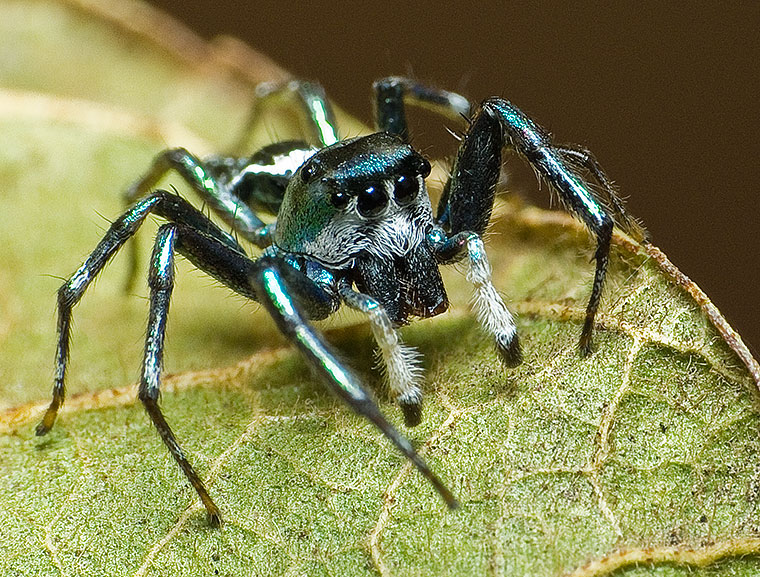