This spider is common throughout Australia, particularly in Queensland and the northern half of New South Wales, similar to the slightly smaller Araneus rotundulus but not as often noticed. Araneus rotundulus stays in its web in the day, this spider eats its web in the morning and stays in a daytime retreat. Female body length up to 6mm and males to 4mm. Its web is very fine, and catches tiny insects including mosquitoes. (Mascord 1980). Also found in New Guinea. The female has a large triangular downward curving scape projecting from the epigynum. The species names means "resembling Poltys".

Female adult from above 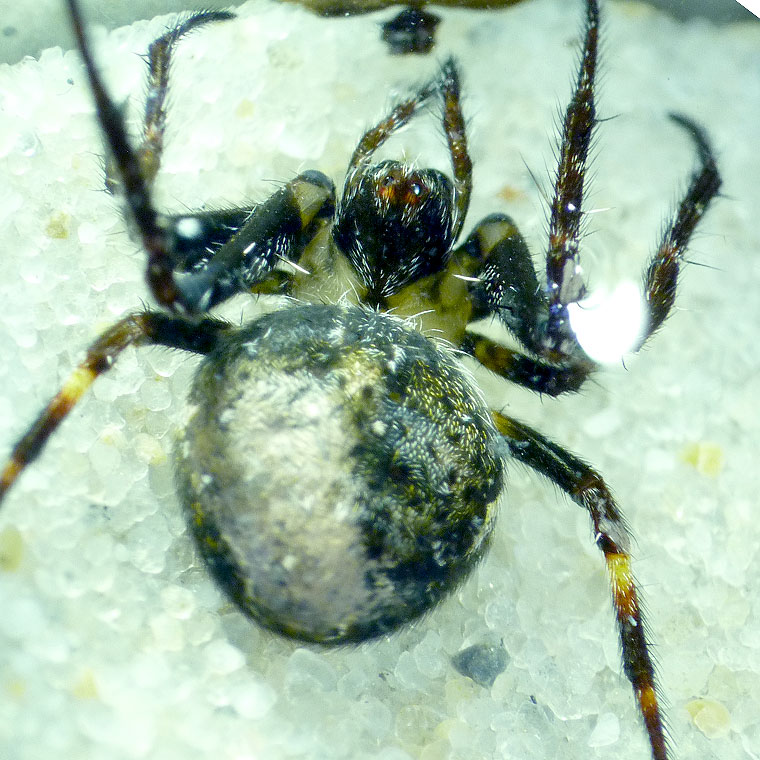 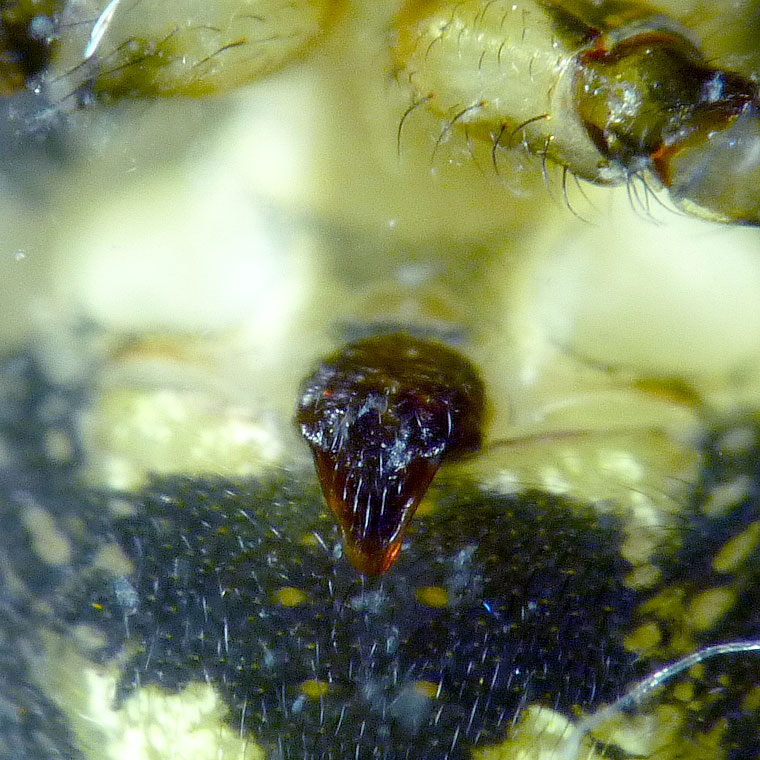