Known for a long time as Runcinia elongata, this spider is common from India to Australia and Japan. Female body length to about 10mm, males much smaller to about 6mm. They have a relatively long cigar shaped abdomen, narrowing at both ends, not to a point, but tending that way. Legs I and II are much stouter and longer than the others and have many pairs of large spiny hairs on the underneath of the tibia and metarsus. The cephalothorax is brown fringed with a pale central strip running lengthways. The abdomen appears somewhat wrinkled towards the rear. They often make nests in the seed heads of grasses and feed on moths and other arthropods. This spider was first described by Koch in 1874 but the name was preoccupied and Thorell's description was taken to represent the type. The word runcina means carpenter's plane, the generic name Runcinia probably means small carpenter's plane. The species name means pointy. 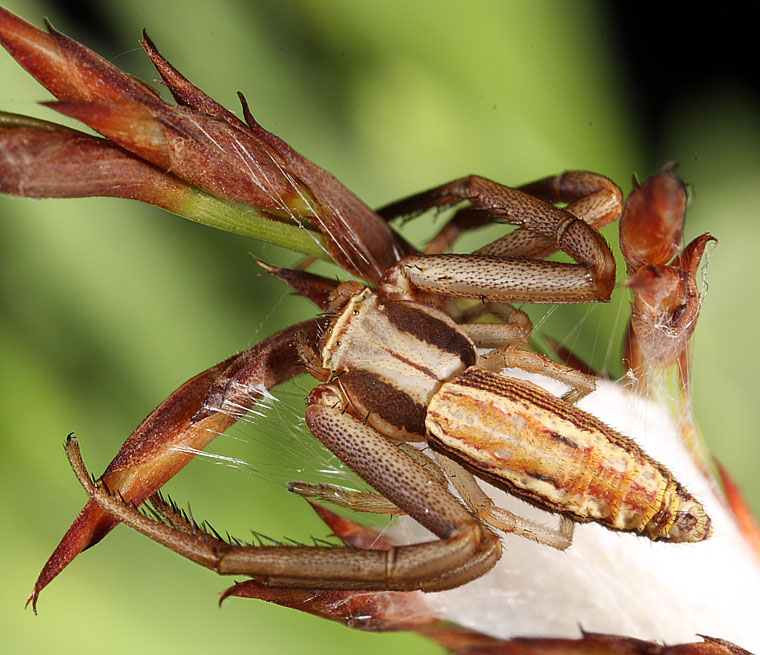 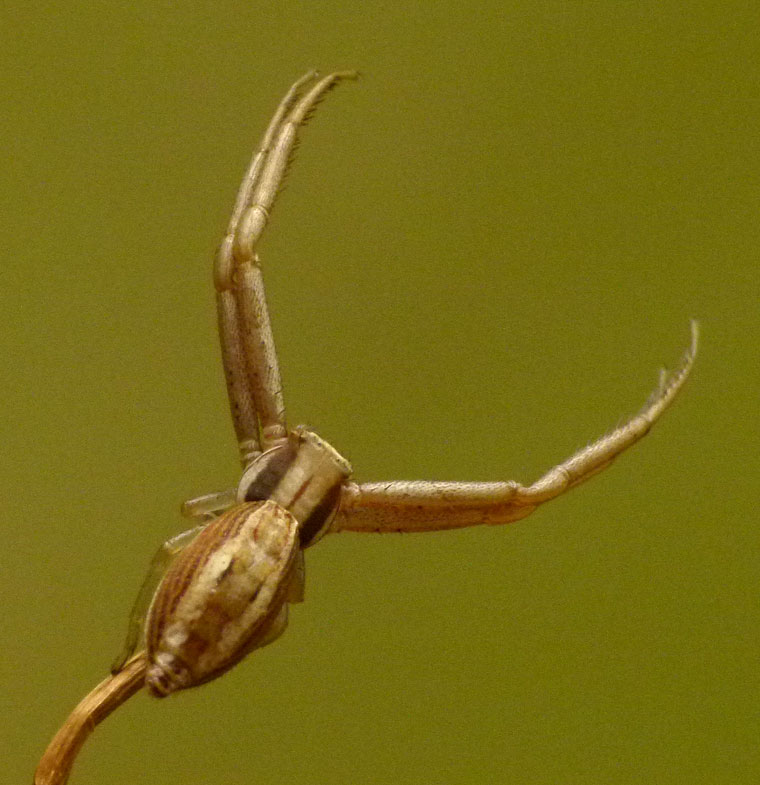