The body length of both the female and the male of this pretty spider is around 3.5 mm. Usually found on the edge of the web of a large orb-weaver, often Nephila plumipes, scavenging small insects that land on the web. Widespread through south-east Asia and Australia. The abdomen is peaked in both male and female. The species name seems to simply mean small.

Male subadult from above 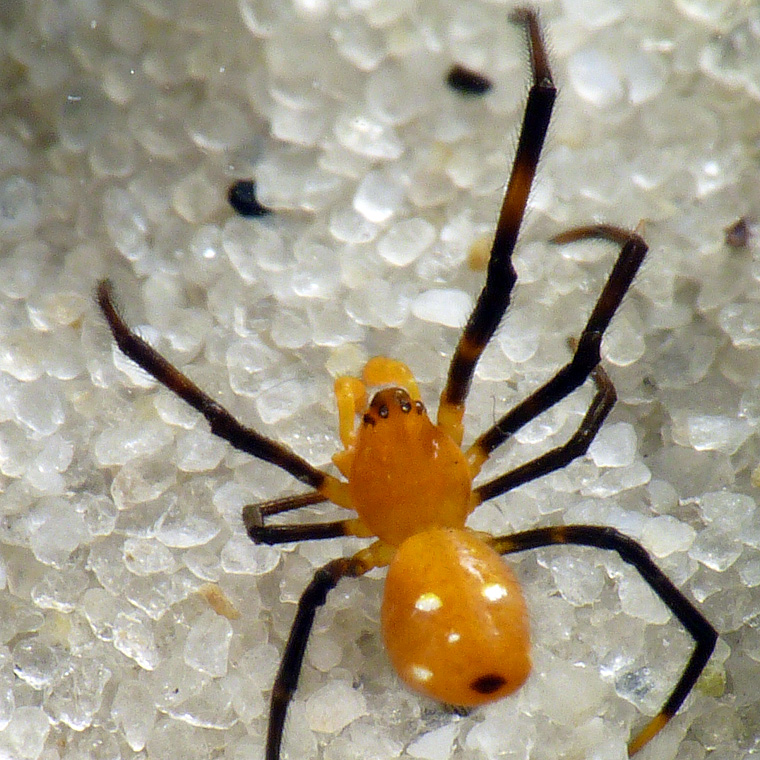 Male subadult from side 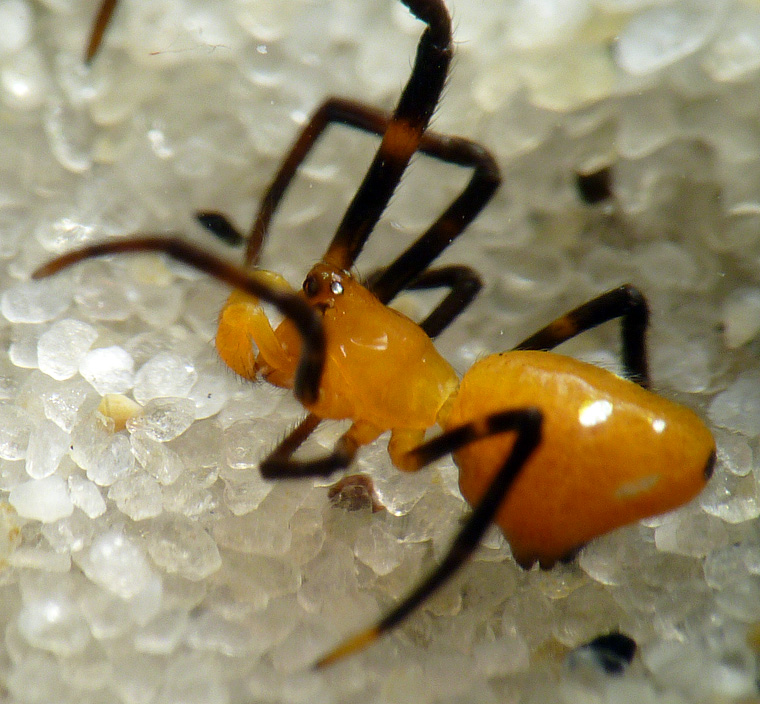 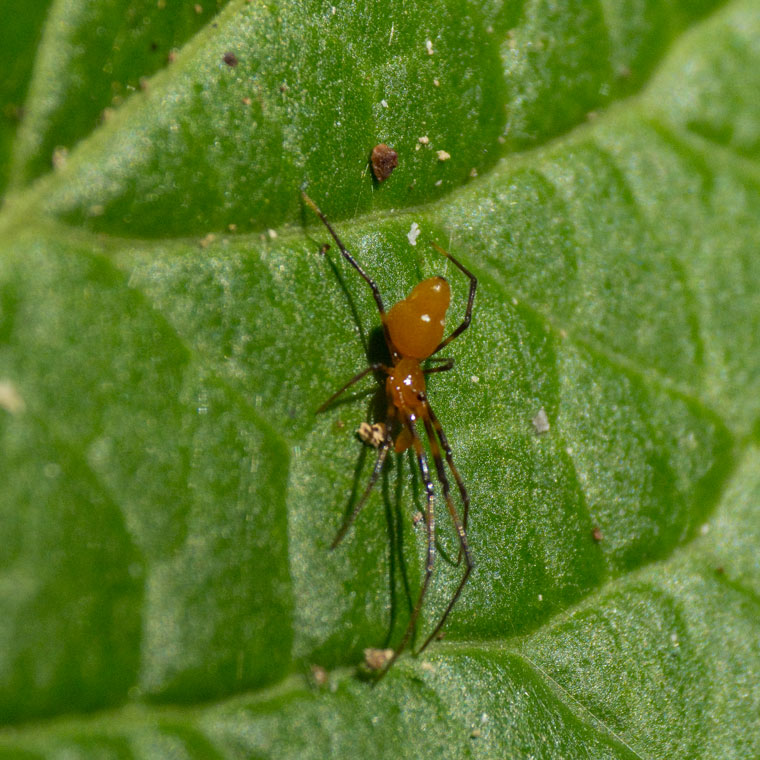