Hygropoda lineata is a medium-sized, green to brownish spider with a slender body and long, spiny legs, in North Queensland. Its range extends to Indonesia. The female is usually pale green, to about 11mm, males can be more orange or brownish and slightly smaller. It is one of the Pisaurids, like some Dendrolycosa species, that builds a horizontal sheet web close to the surface of a single large leaf about a metre of the ground, usually beside streams or other water bodies. The leaf usually has a space below the centre of the web caused by the edges being slightly upturned. Their diet is mostly mosquitoes, as well as other Dipterans (flies). 1. Cerveira and Jackson 2002

Female from Palm Cove, near Cairns 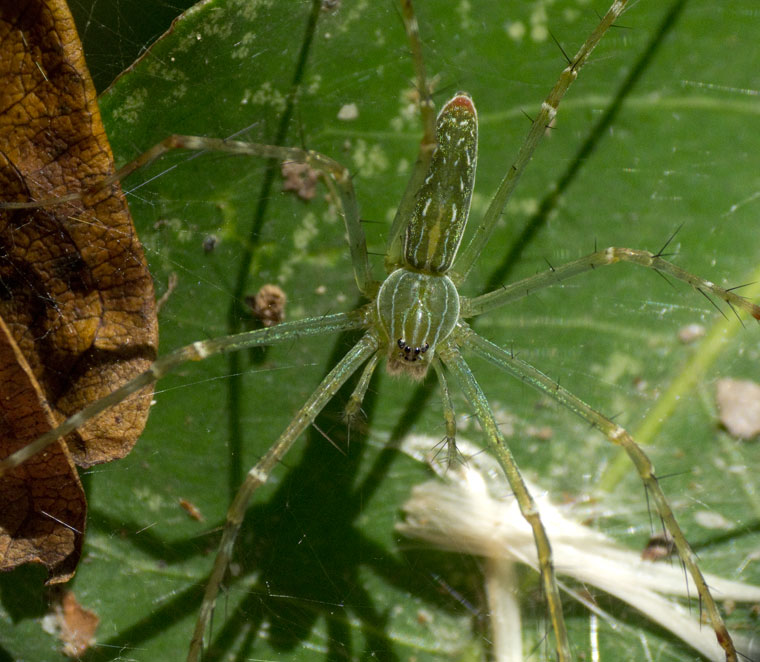 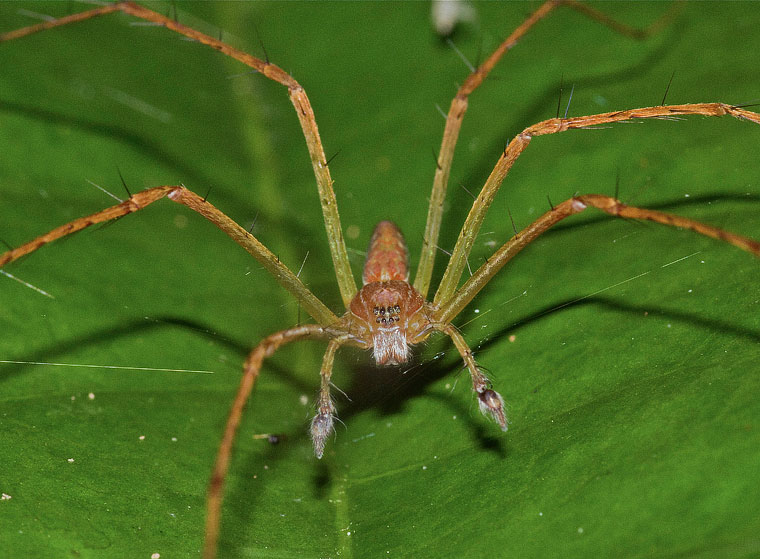