A medium to large-sized fishing spider, found along streams, rivers creeks and freshwater lakes in coastal areas around Australia from Western Australia to Tasmania, mostly in northern parts, particularly common in North Queensland and Northern Territory. It is found on the water's surface or on aquatic vegetation. It can run on water and can form underwater retreats with large air bubbles. The name facetus means clever, or adept, referring to its skill at catching fish. ♀ 24mm ♂ 17mm 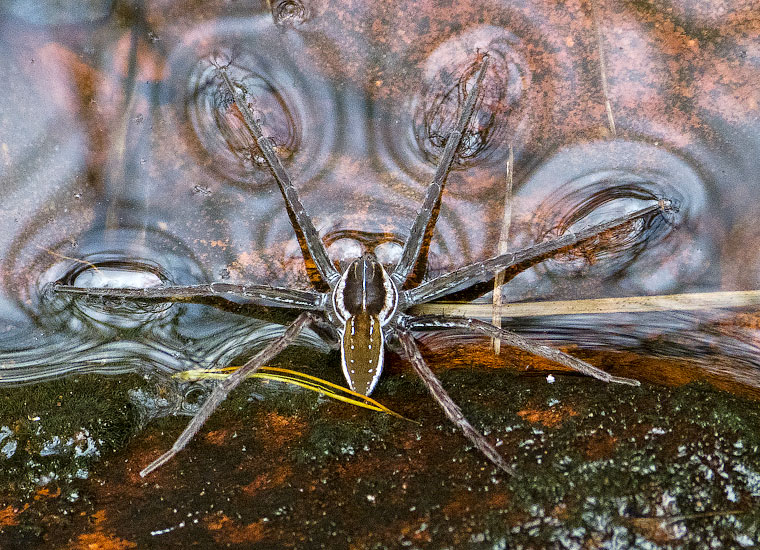 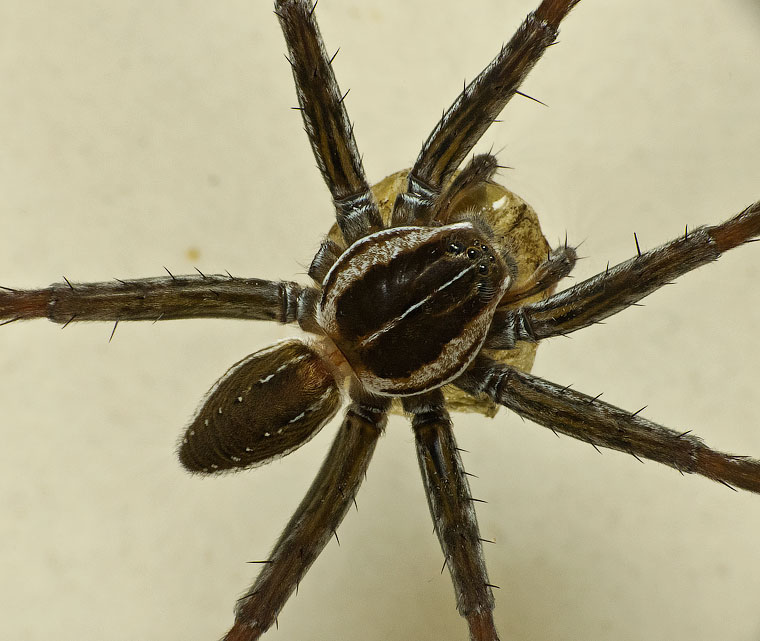 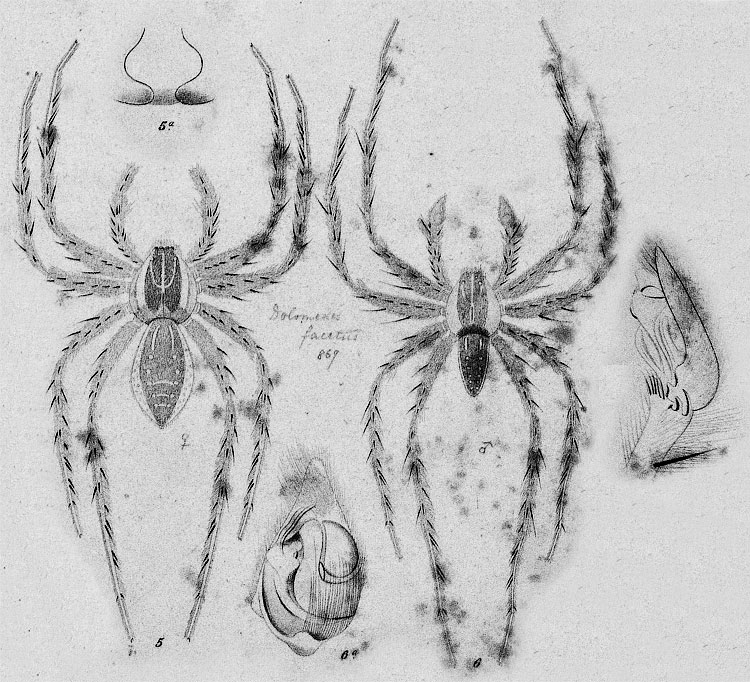 Illustration: L. Koch
Back to top 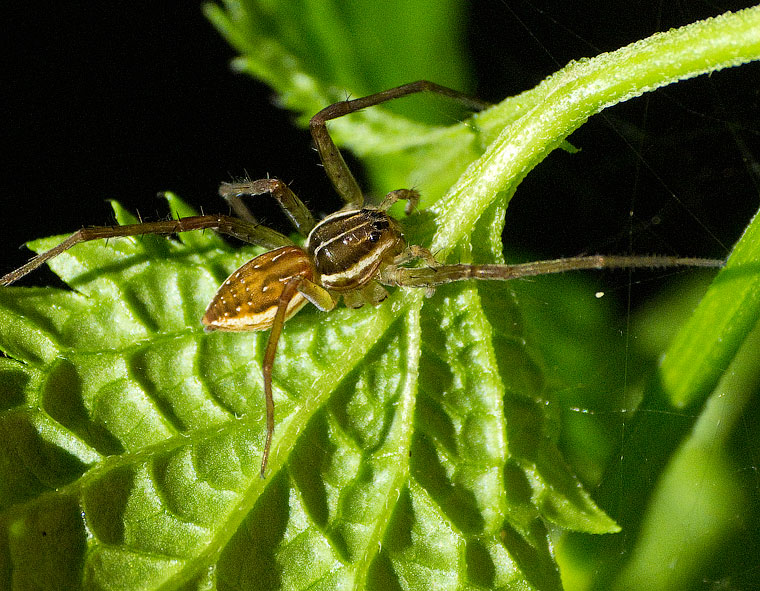 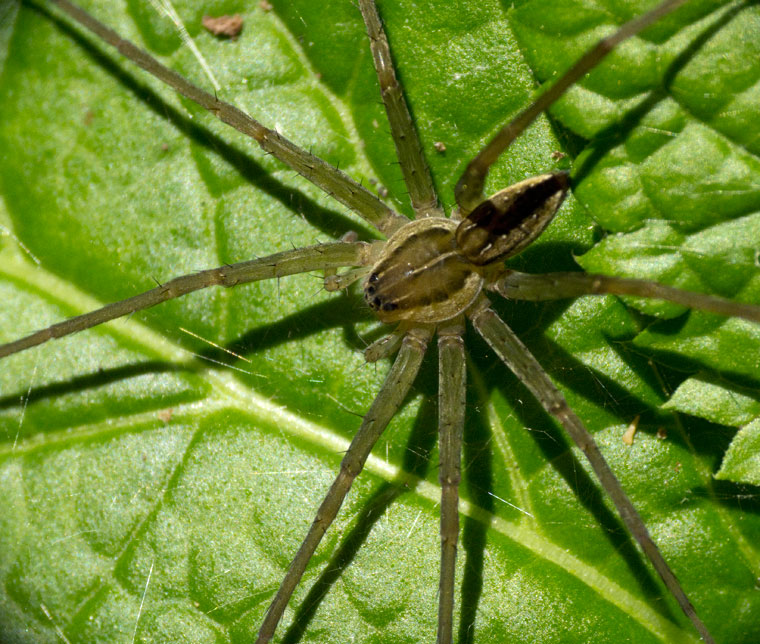 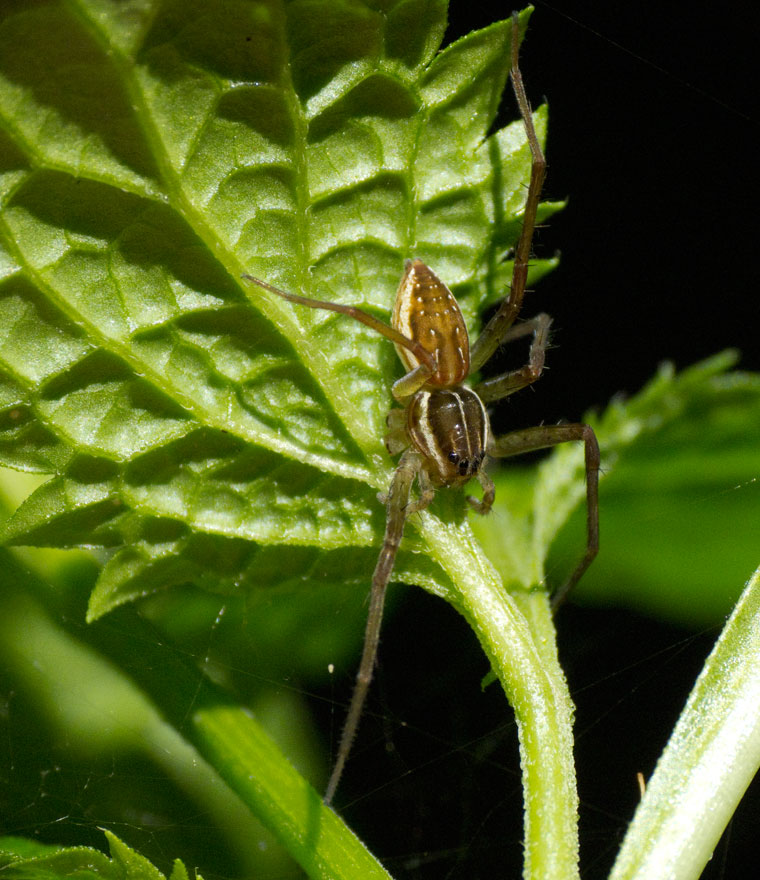