An unusually green orb weaver, known from most parts of Australia. Adults seem to be active in the daytime and build a conventional orb web. The female is relatively large, body length to about 9mm. Juveniles can often be seen hanging parallel to the underside of large Eucalyptus rudis leaves in Western Australia, as noted by Farhan Bokhari. They are common in Western Queensland. Keyserling described this species In 1887 as being yellow, but that was because he did not see a live specimen. He referred to the body as having dark flecks. He describes the cephalothorax as nearly as wide as it is long, narowing sharply at the front at the eye region and slightly domed. Legs I, II and IV are extremely long. All legs are sparsely hairy and also feature fairly long spiky hairs from the patellas outwards. The abdomen is a very elongated heart shape, somewhat flattened on the leading edge, more than twice as long as it is wide. The abdomen usually features a dark pattern of red and white lines around the upper circumference, often darker at the front and the rear and sometimes wholly filled with white. 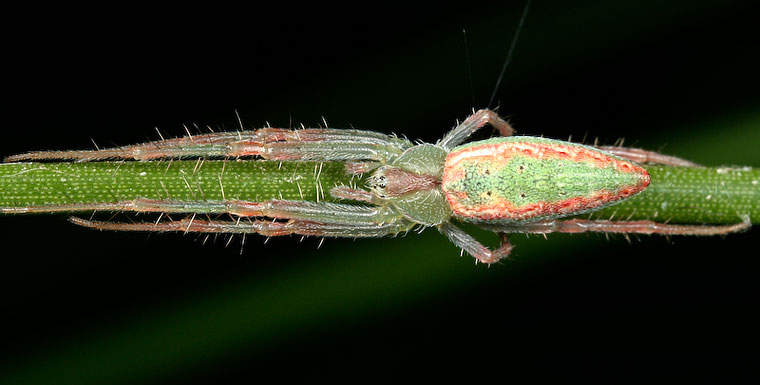 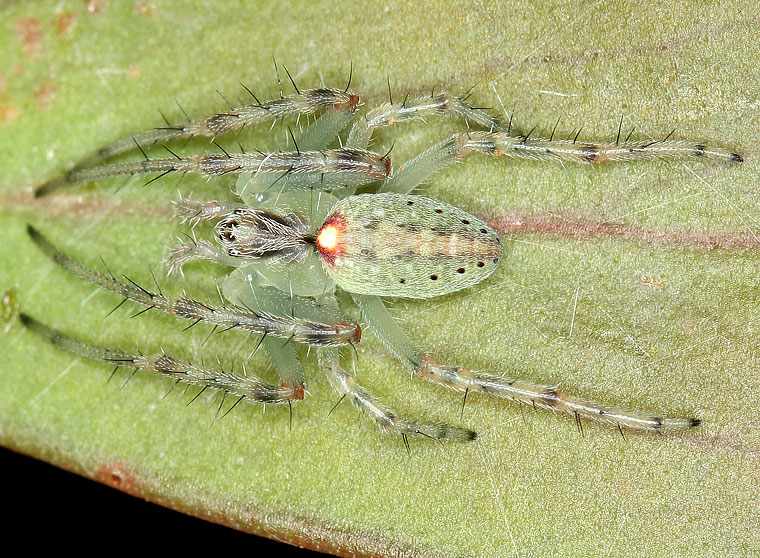 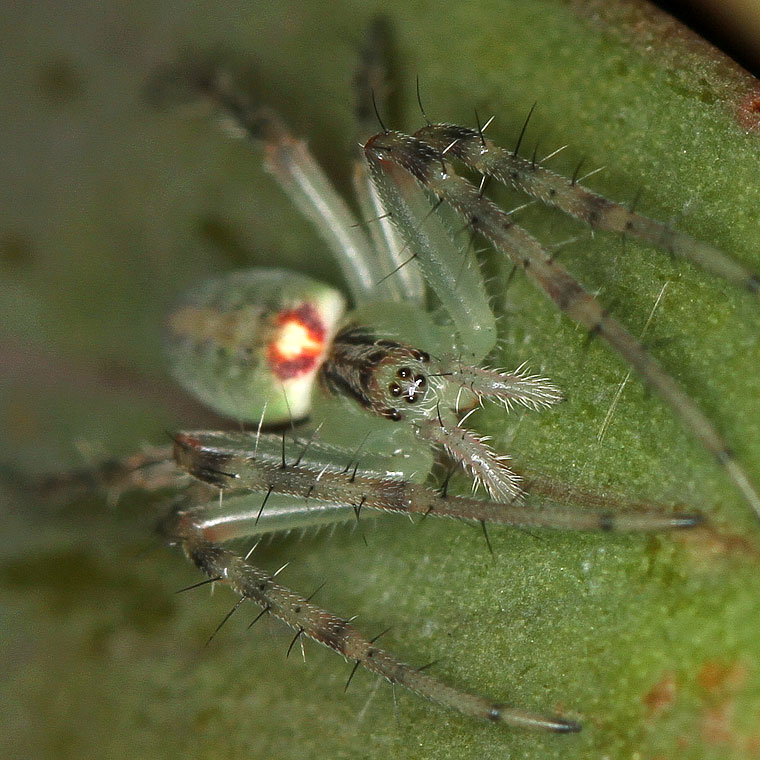 Female from above, facing 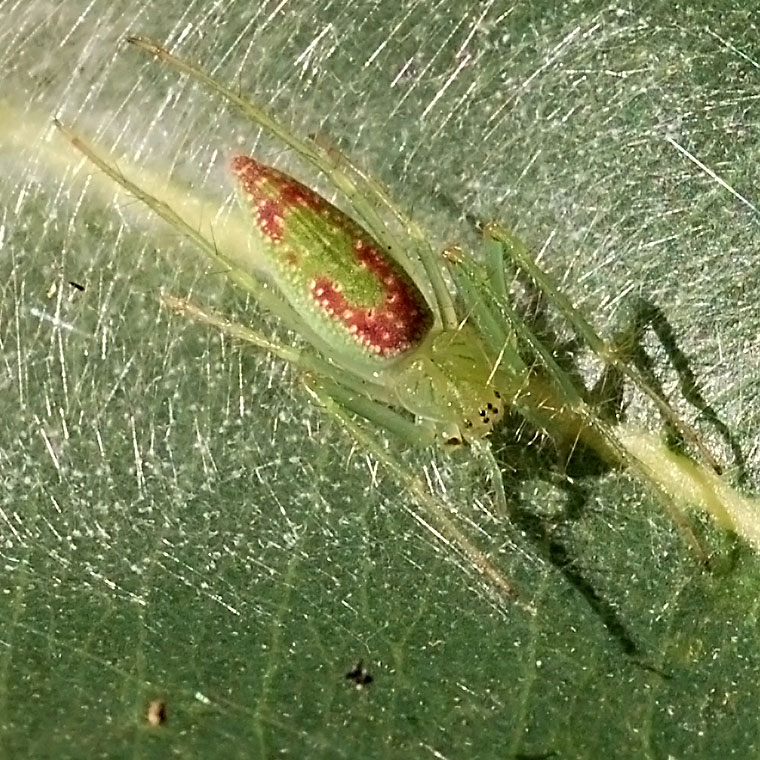 Female, pale, from above, facing 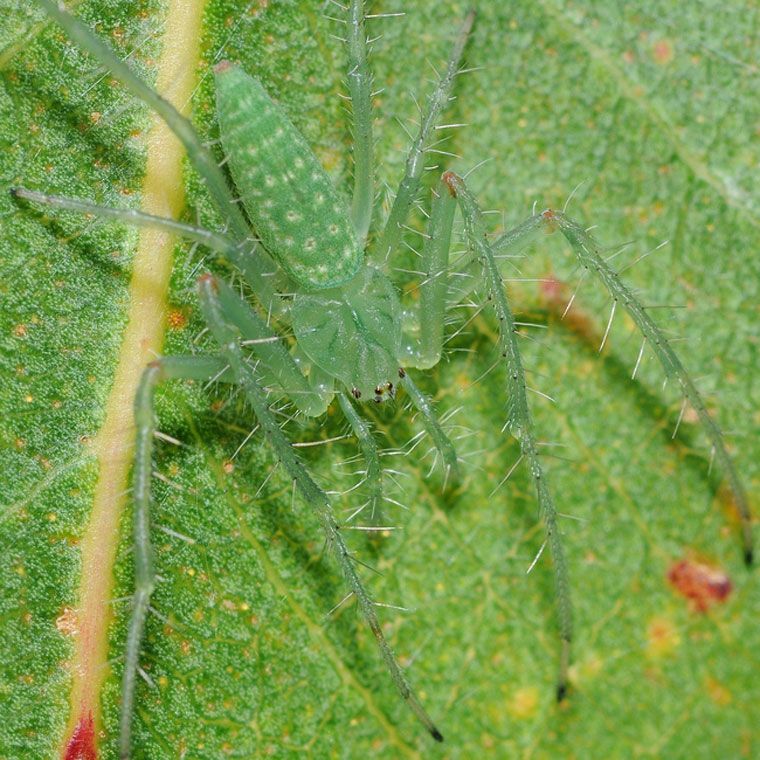 Female from side with white filled upper abdomen 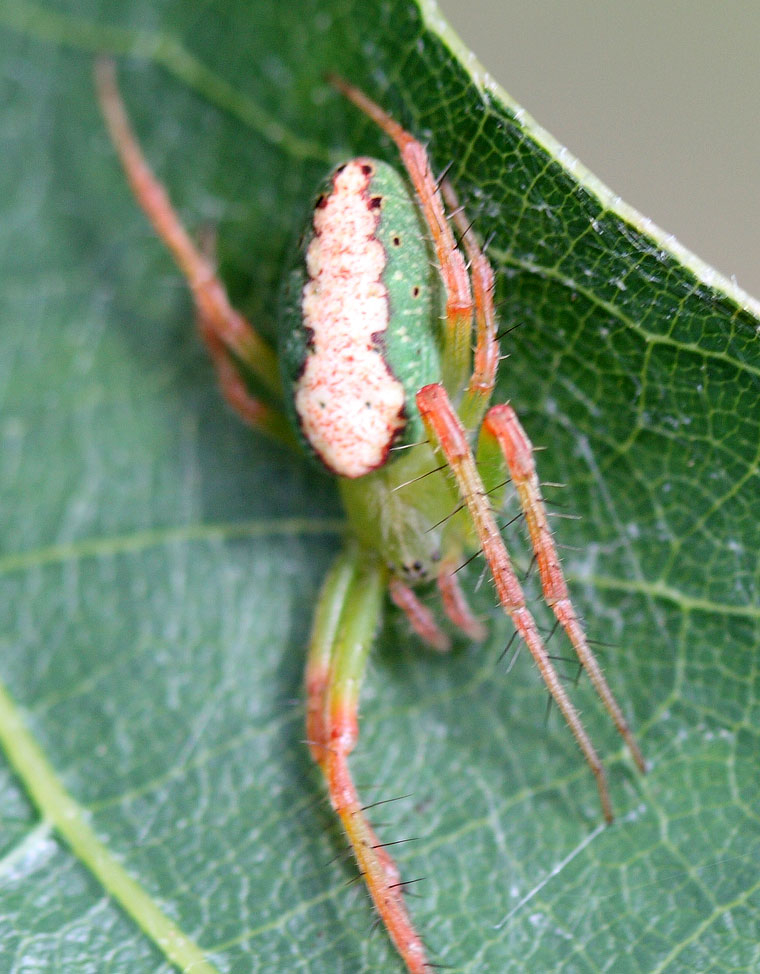 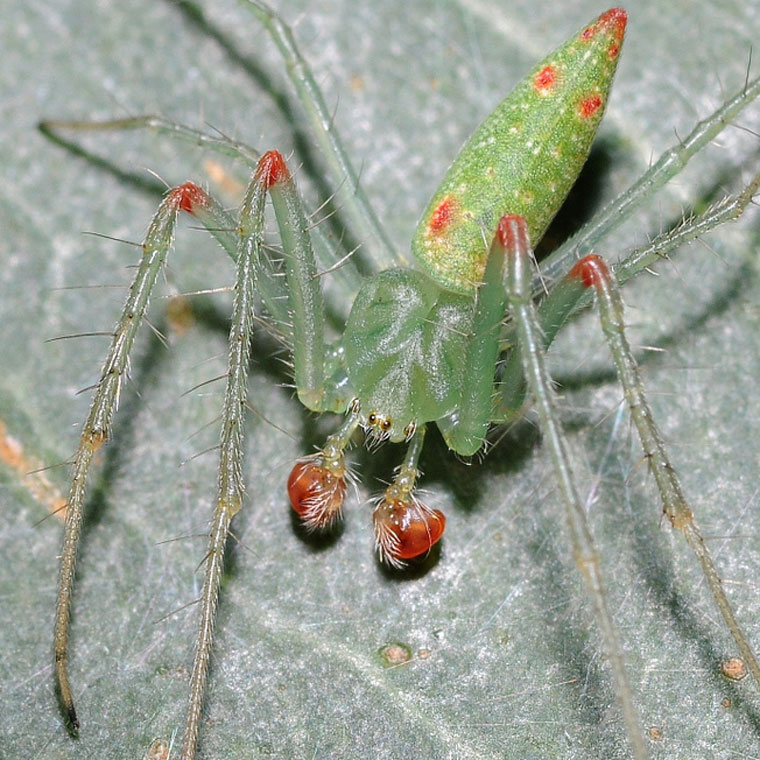 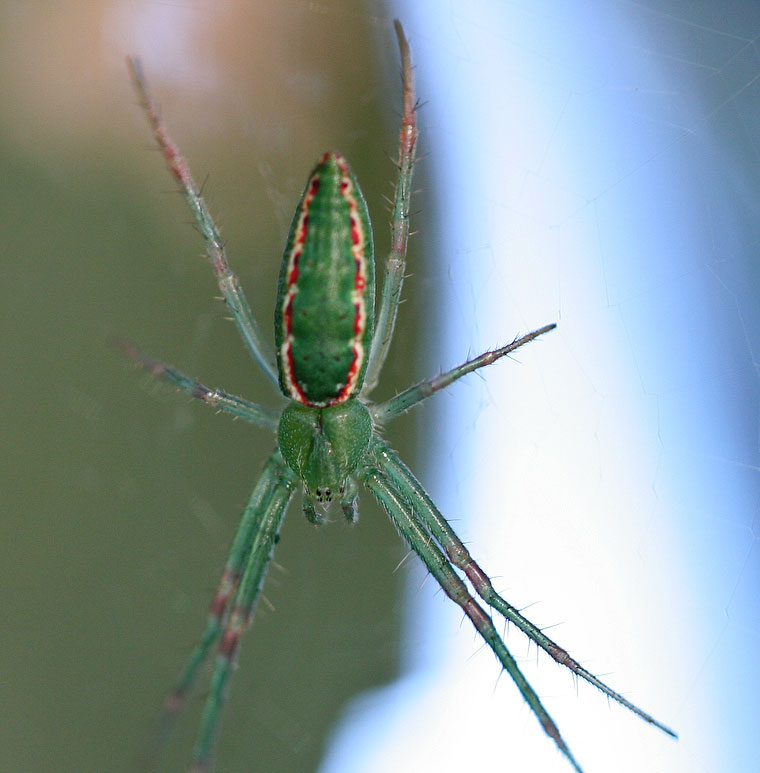 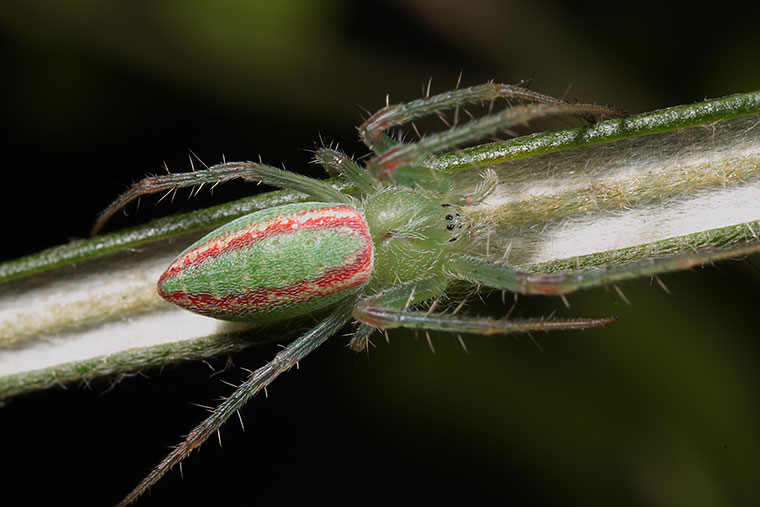 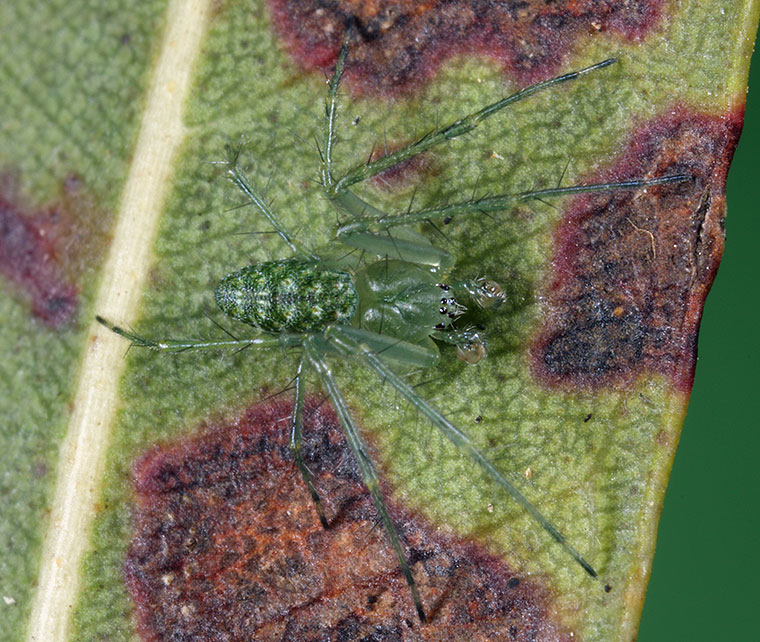 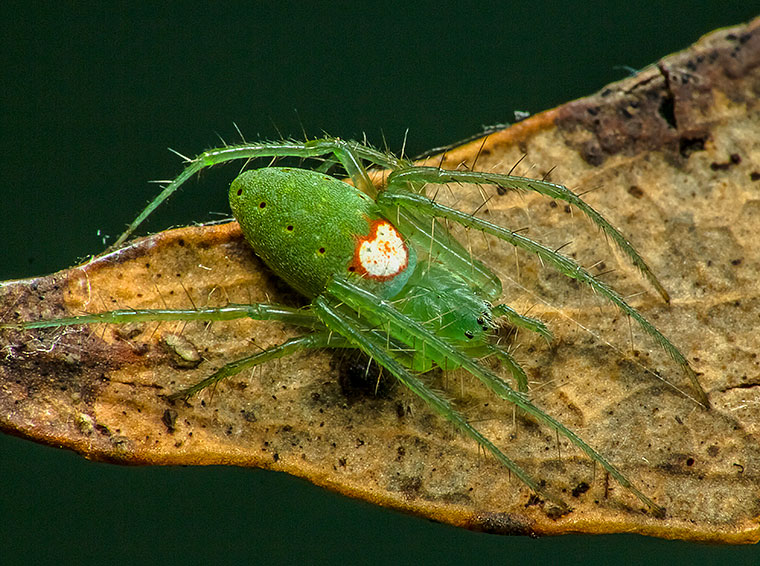 Koch & Keyserling (Die Arachniden Australiens)
Back : Next
View My Stats