The Sydney funnel-web spider is usually found within a 100 km radius of Sydney, New South Wales, from Newcastle to Nowra and west to Lithgow, in urban areas and forest, favouring moist sandy clay, shale or basaltic soils. It is a dark brown to black spider with finger-like spinnerets, the smaller males especially shiny and black. Males have a large mating spur projecting from the middle of their second pair of legs. This spider may be very aggressive when provoked or threatened, either intentionally or accidentally. Funnel-webs burrow in cool, humid, sheltered sites under logs and rocks. They rush out to seize prey, such as beetles, cockroaches, small lizards or snails, when these animals walk across silken trip-lines. The spider then returns to its burrow to consume its meal. The venom, especially of adult males, is highly toxic to humans. If bitten, first aid using the pressure bandage/immobilisation technique should be applied and an ambulance called. There have been no fatalities in Australia since the introduction of antivenom in 1982.(2012, Australian Museum web site) ♀ 35mm ♂ 18mm 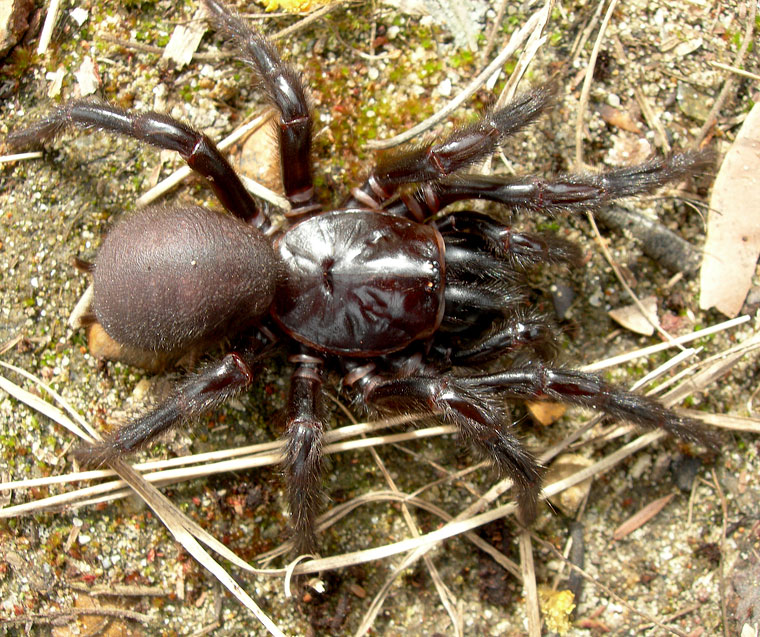 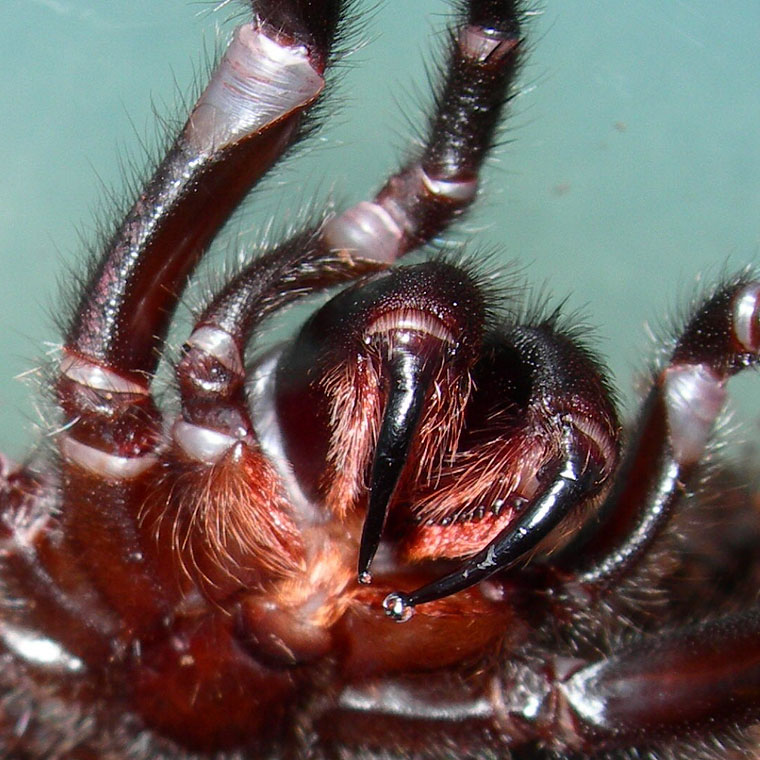 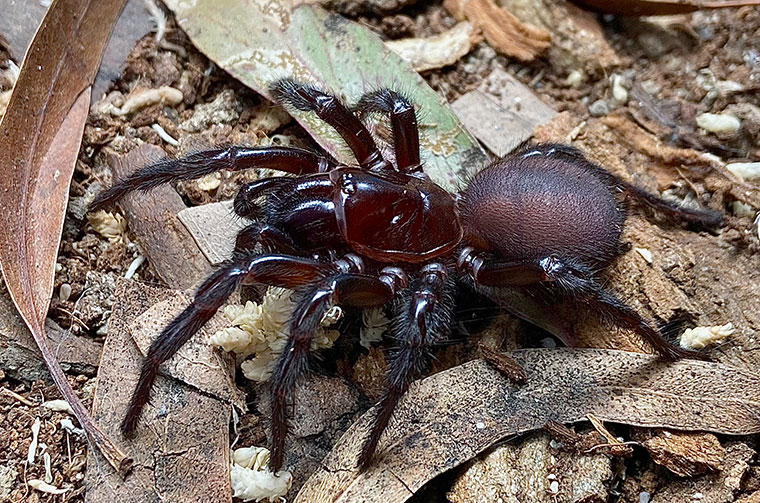 Will Austin
Next
View My Stats