In 1973 arachnologists Forster & Wilton raised Amphinectidae as a family in its own right with sixteen genera from New Zealand. Several more genera were later added from Australia and South America. Amphinectids are nocturnal forest dwellers in moist habitats, sometimes underground. They are found in rotting logs and other moist habitats. They can be medium-sized to large, many with a total body length of at least 8mm. The family is divided into three subfamilies, Amphinectinae, Metaltellinae and Tasmarubriinae, but as arachnologists would say, these are fragile arrangements. Most ­Australian amphinectids are found in Tasmania, in habitats similar to those they occupy in New Zealand. In other parts pf Australia they are in cooler moist regions of rainforest. The family Neolanidae, which only had one genus Neolana , was merged into Amphinectidae in 2005. While small and obscure in other parts of Australia Amphinectids are medium sized and quite common in cooler moist forests in Tasmania. As in New Zealand they are an important component of the temperate rainforest ecosystem. Many Tasmanian species were described by Val Davies from Queensland Museum. 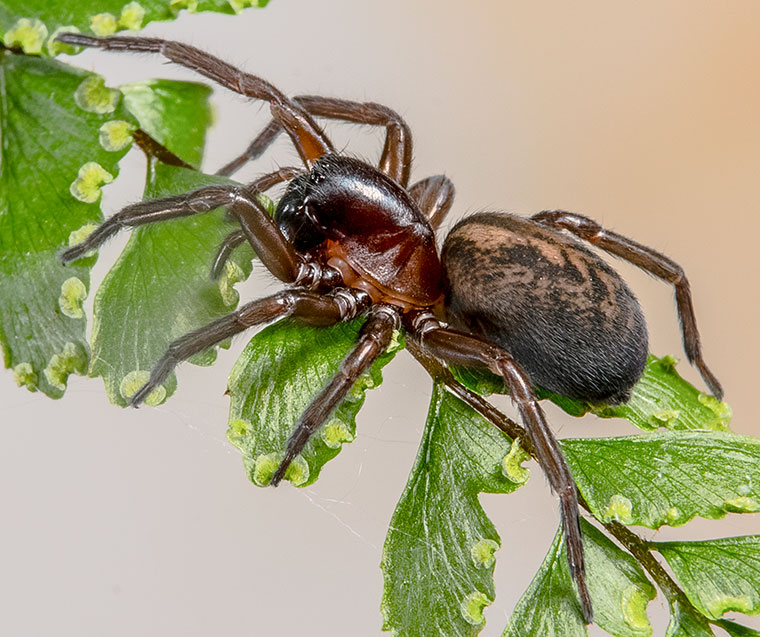