Dunn's Peacock Spider - pavo means peacock - is widely distributed across the southernmost parts of Australia, from Tasmania and Victoria in the east to the southwestern corner of Western Australia. The carapace of Maratus pavonis has a uniform light brown area at the front, bordered by the eyes, and a white streak running back from the centre of this area towards the rear and the pedicel, the join between the cephalothorax and the abdomen. The abdomen is fringed with light brown. The pattern on the upper surface of theabdomen looks like two capital C letters facing each other, with a soft brown area between and a small 'Tasmania' like shape in the centre. The rear of the abdomen is coloured blue and green. Males sometimes signal to nearby females with one leg, raising it swiftly then lowering it in a jerking motion. Sometimes they splay a leg out sideways. Occasionally two or three males end up close to each other on the same stick or leaf while they display to the female, but generally they stay about 5-10cm away from each other. If the female shows interest in the leg waving, the male will eventually move close enough to show her the full display, waving both legs, lifting his abdomen up and unfolding the side flaps to display the pattern and colours. 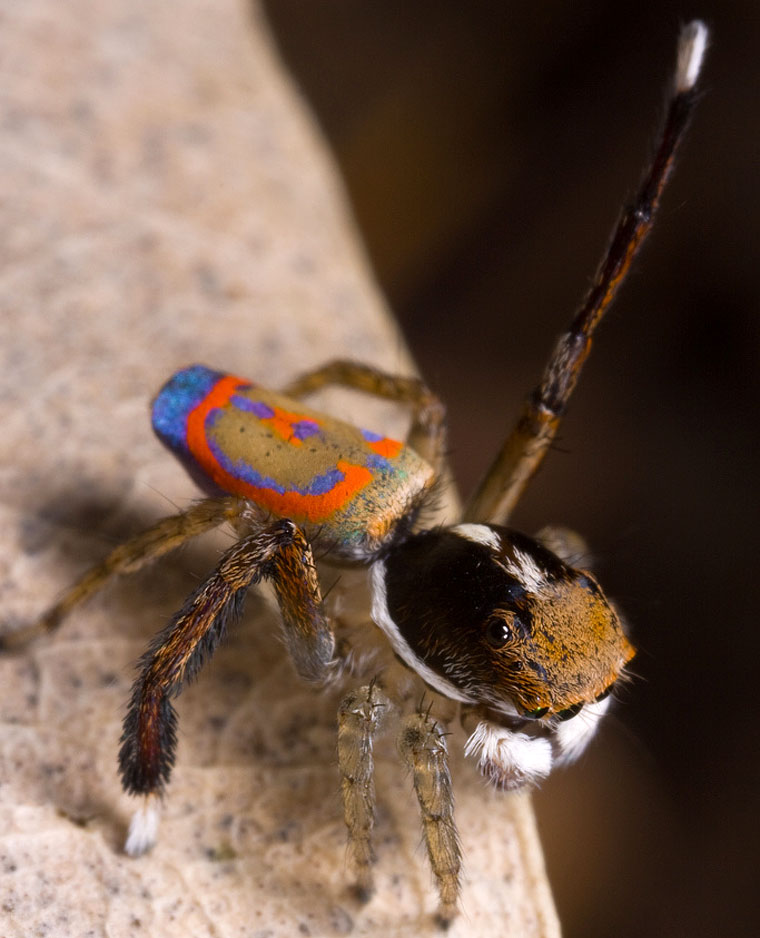 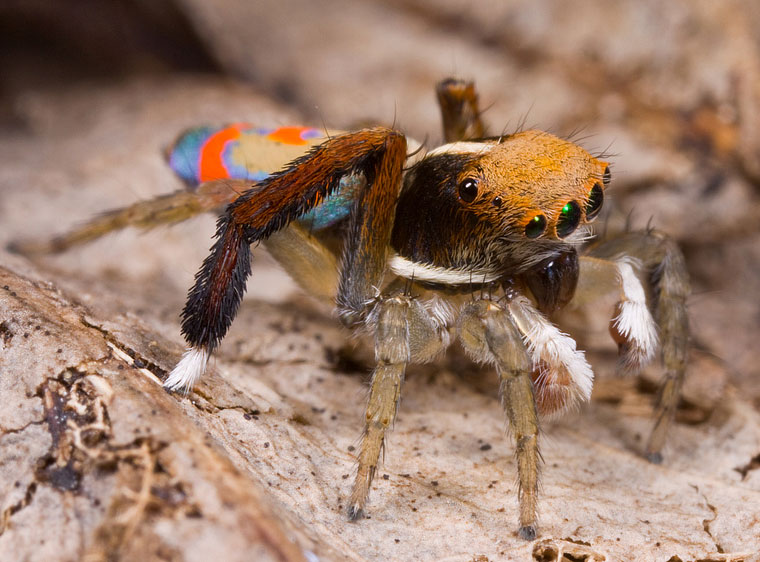 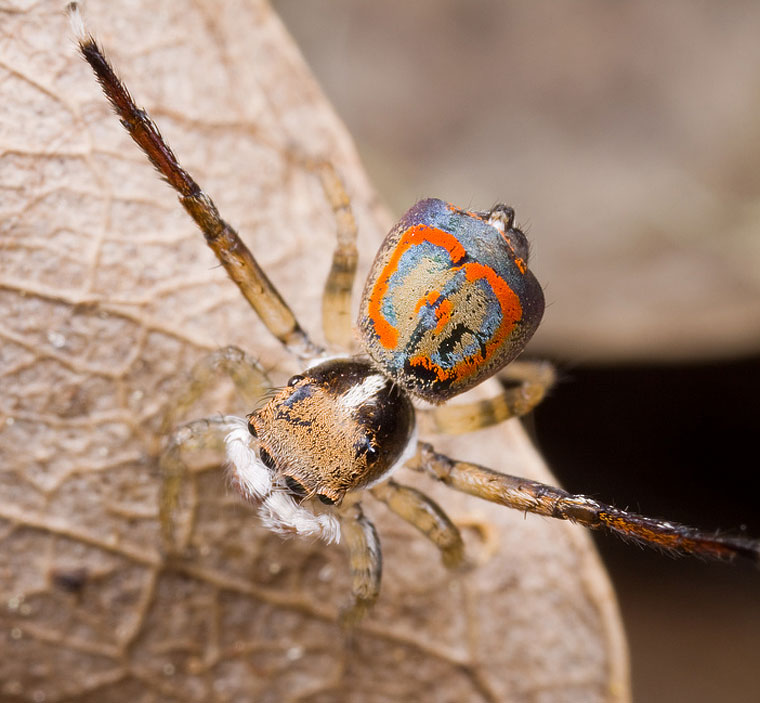 Displaying to a female. This male did not have opisthosomal flaps, and legs were darker than those of western males. 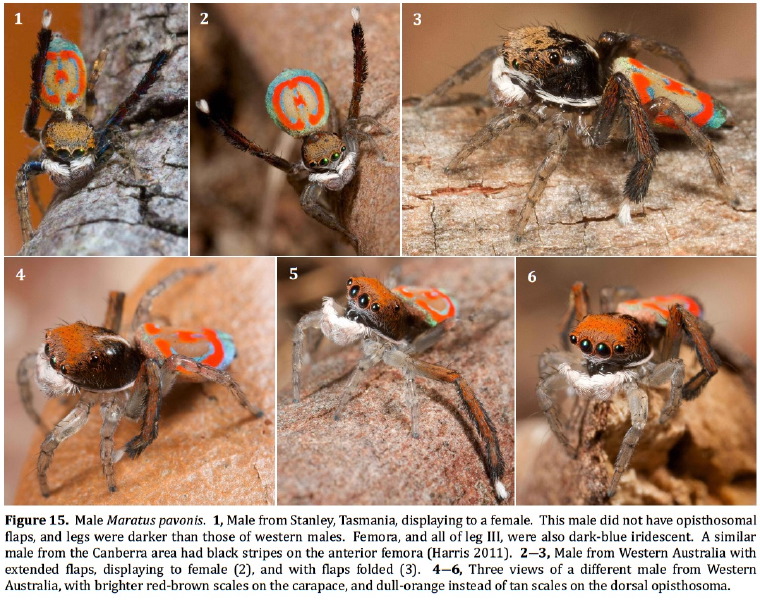 Comparison of fan with M. splendens 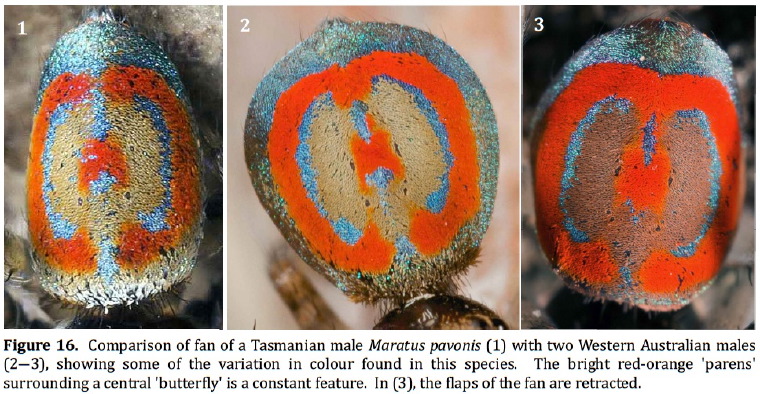 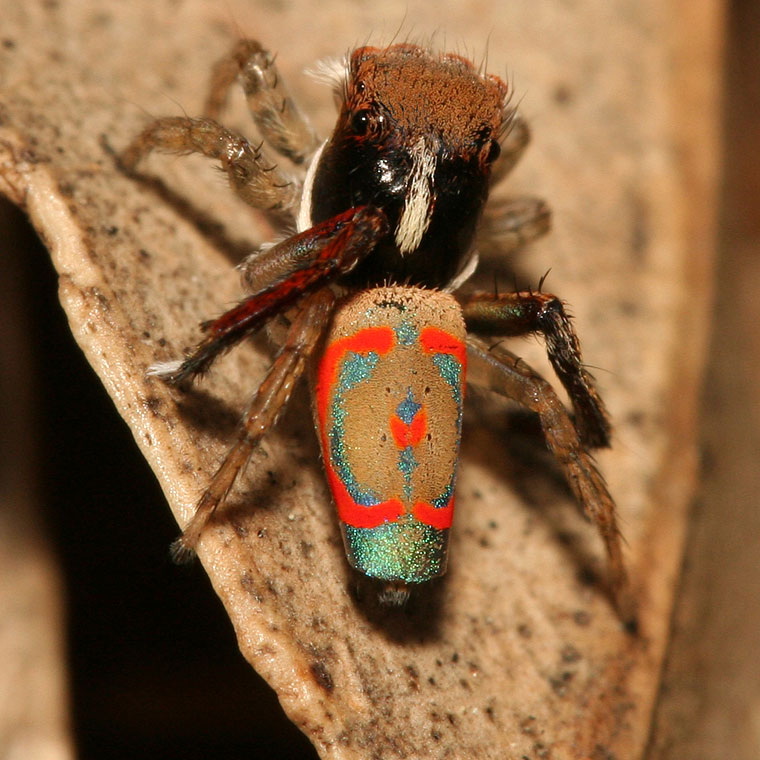