A medium to large mygalomorph spider with an open burrow, in drier parts of Australia. The burrow is sometimes raised at the surface and shallow, Y shaped, lined with silk, and inclined perhaps to a depth of 40cm at most. This spider has a pale carapace, unusual for Aname, which are usually black spiders. Males have a long spine at the middle of the tibia, the shin section on the first leg, and are quick to rise to the defensive pose. The spinnerets project some distance beyond the rear, usually straight out. 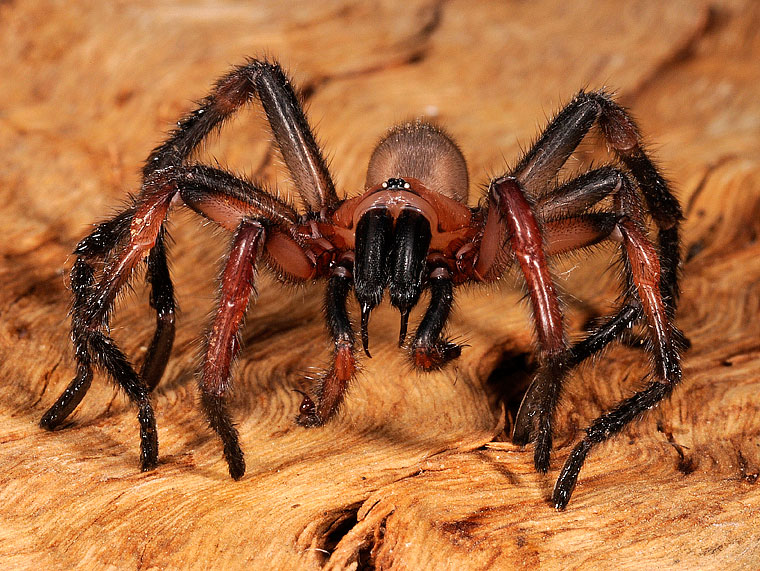 Male from above Neds Corner VIC 3496 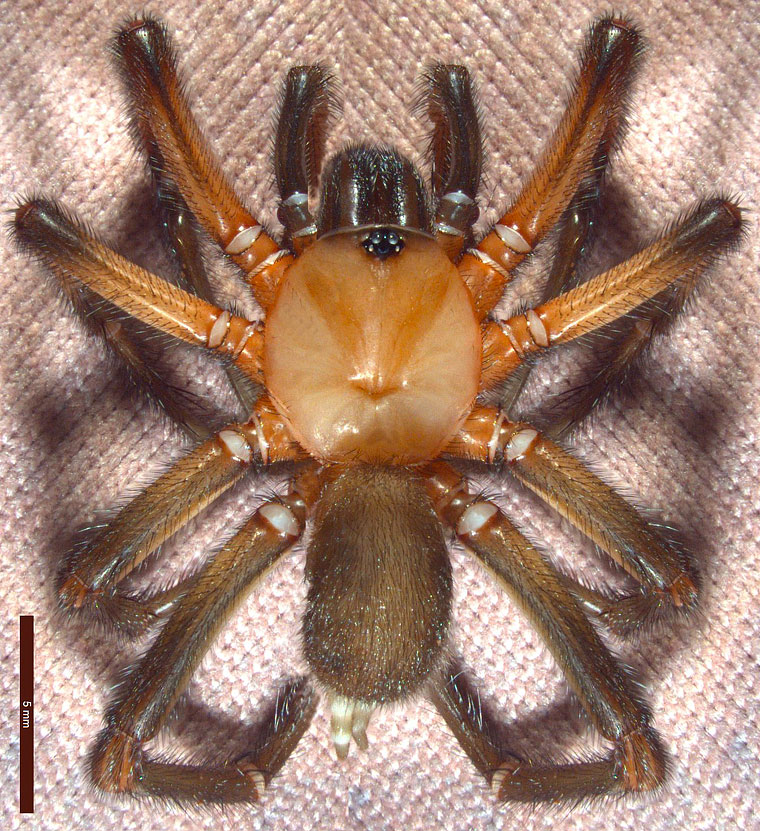 Male legs I and palps 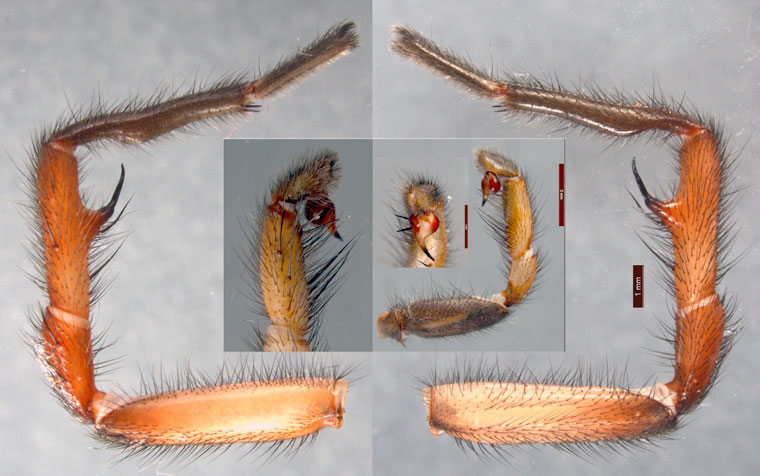 Photo: Barbara Baehr
Back : Next
View My Stats