An extremely widespread, medium-sized orbweaver across most of southern Australia and nearby places including New Zealand where it is one of the most commonly seen spiders. Its pattern varies enormously in colour from greys, black, white, browns and oranges, often mottled. It has several obvious knobs on its back, or upper surface of the abdomen, usually five at the rear end near the spinnerets. At night it rests in the centre of its web waiting for flying insects to be caught. When insects hit the web the spider moves rapidly to wrap them in silk. It may subdue some prey with a bite. By day, if the web is left intact, it usually hides outside the web, with a leg resting on a thread that runs to the centre, otherwise it may dismantle the web and build it again each night. Its egg sac is oval, about 15mm x 10mm, brown and woolly with green tufts. The eggs are around 1mm in diameter. The name pustulosa means knobbled. Socca is the new genus for E. pustulosa and contains Araneus inquietus (synonymised with Araneus sydneyicus), Araneus senicaudatus and other new species described in January 2022 listed on the home page. ♀ 15mm ♂ 8mm 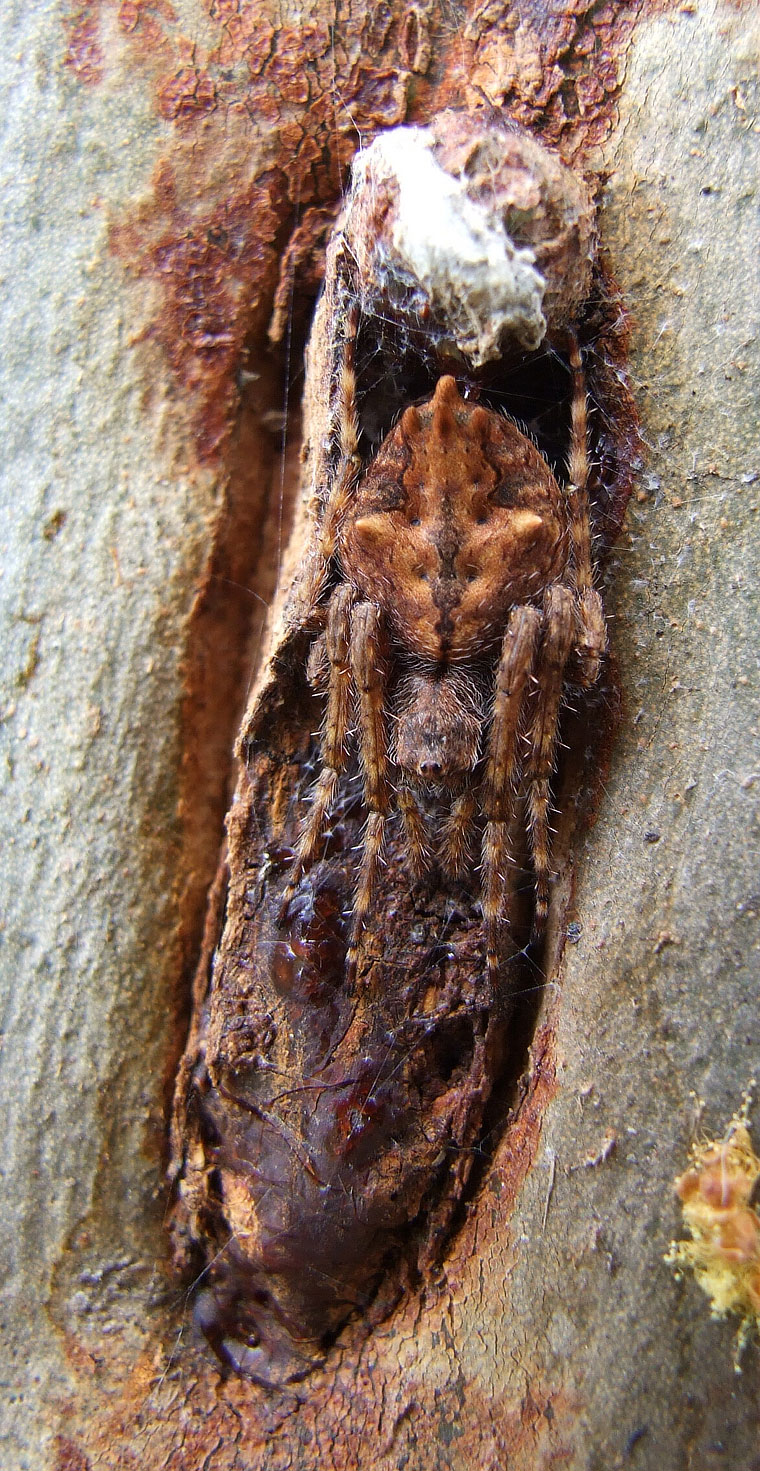 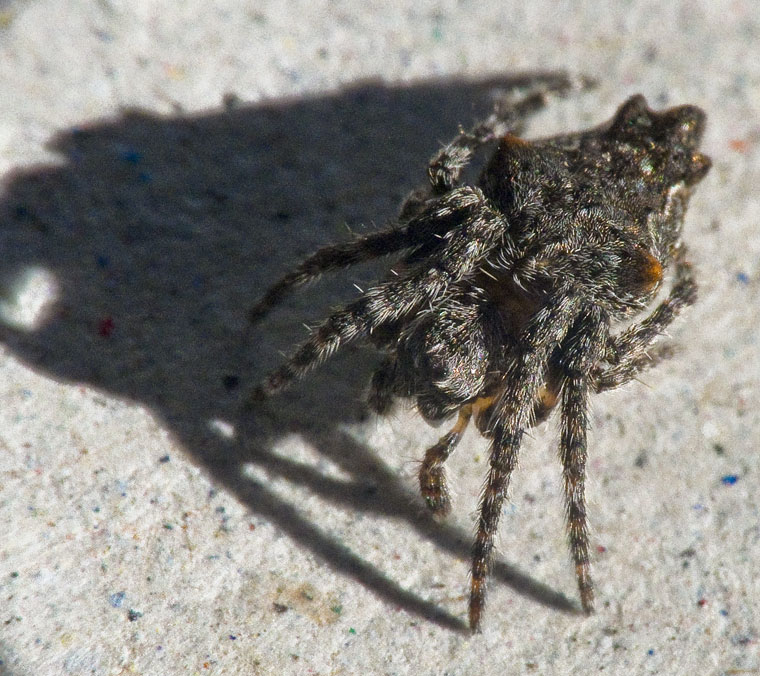 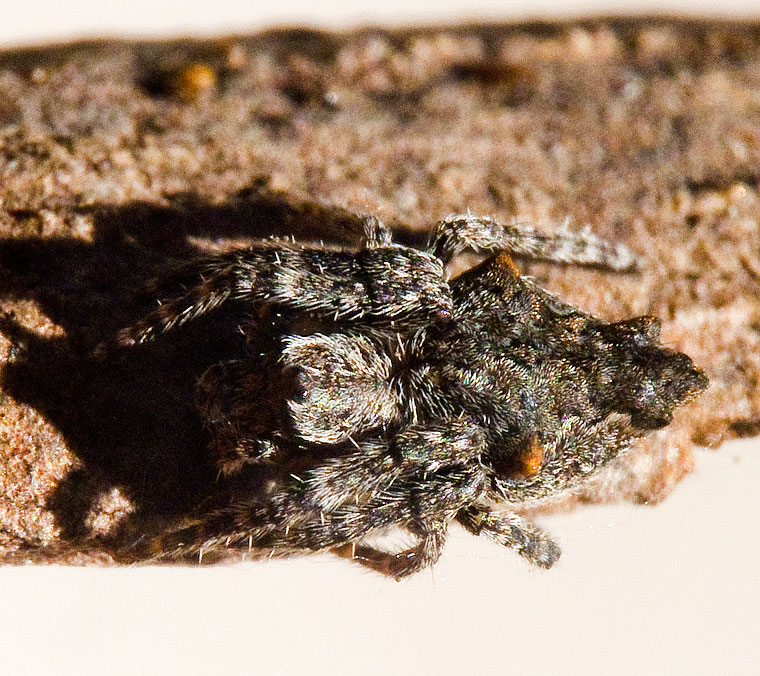