A slender orb weaver widespread throughout australia and Paua New Guinea, found in all states and territories with the possible exception of Tasmania and southern parts of Western Australia and Victoria. In Australia, most records are from coastal areas in the northern two thirds of the content. It is also found in and around the Indian subcontinent. It is found in the webs In day time Often about 30cm above ground. Both the male and the female are a light yellow brown with the female darker. There is a darker band running lengthways down the abdomen, sometimes not obvious. They are found on low vegetation, often folage of grasses and shrubs, usually near waterways. They prefer lightly wooded areas. The species name comes from the Greek meaning wasting away. ♀ 10mm ♂ 7mm 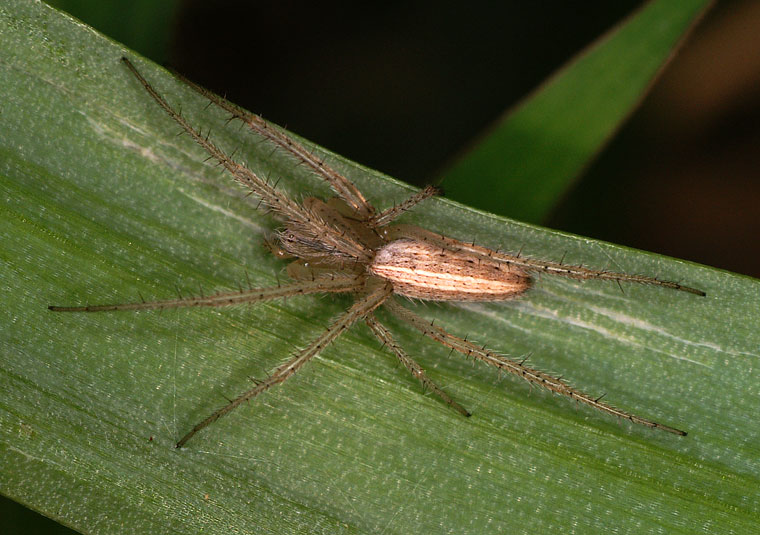 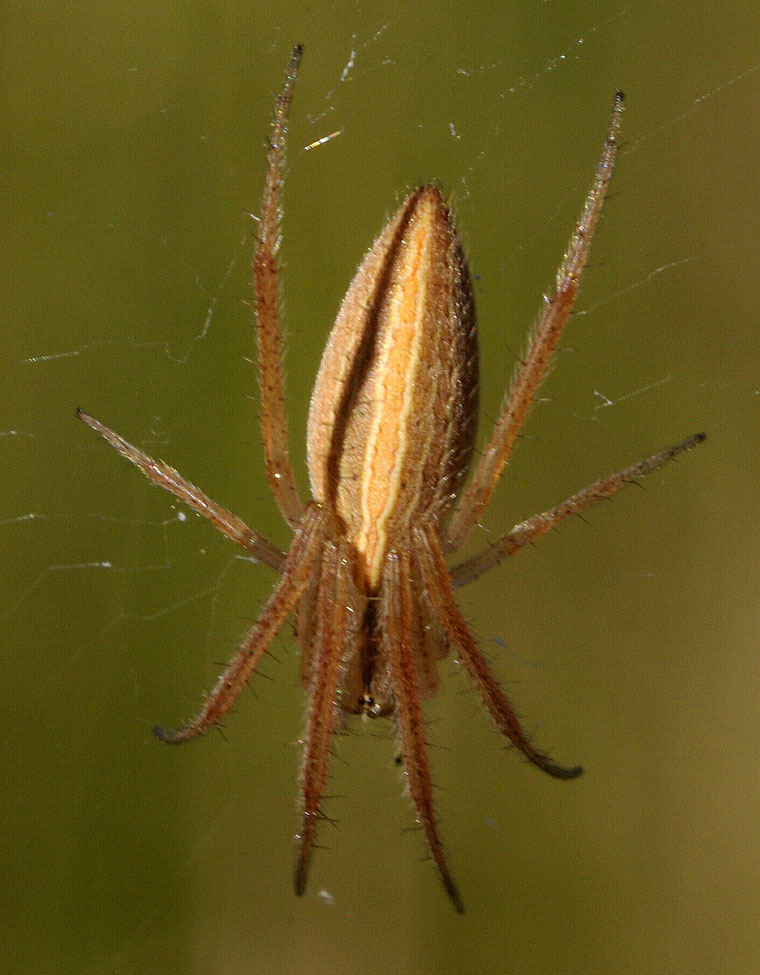