A medium-sized, heavily-camouflagued ambush hunter with a characteristically knobbly exterior found throughout Australia's east coast and hinterland including Tasmania. It is particularly common in NSW. Previously Arkys simsoni. Mascord described the egg sac as being shaped like a drop of liquid, suspended from the pointy end by strong threads. The outside of the egg sac is teased out like cottonwool, Its food is any edible arthropod within range of its leap-and-grasp method. ♀ 8mm ♂ 5mm

From above, on leaf, near Canberra 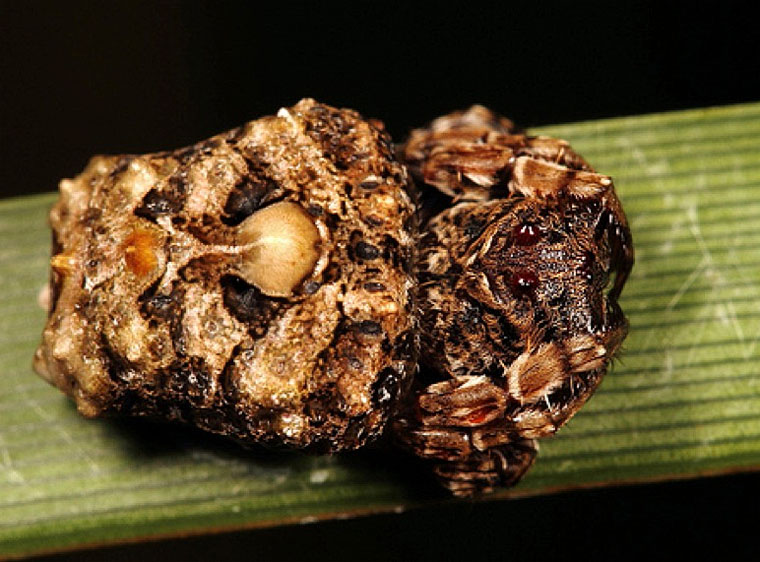 From side on leaf, near Canberra 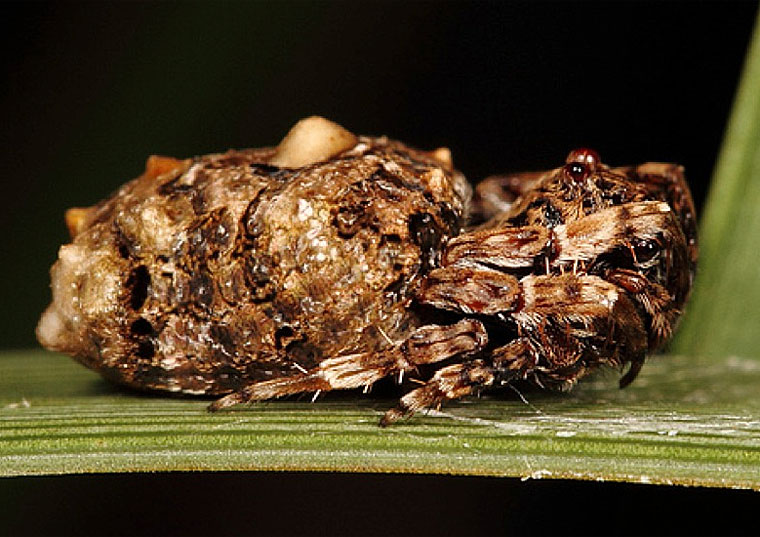 Female on twig, near Canberra 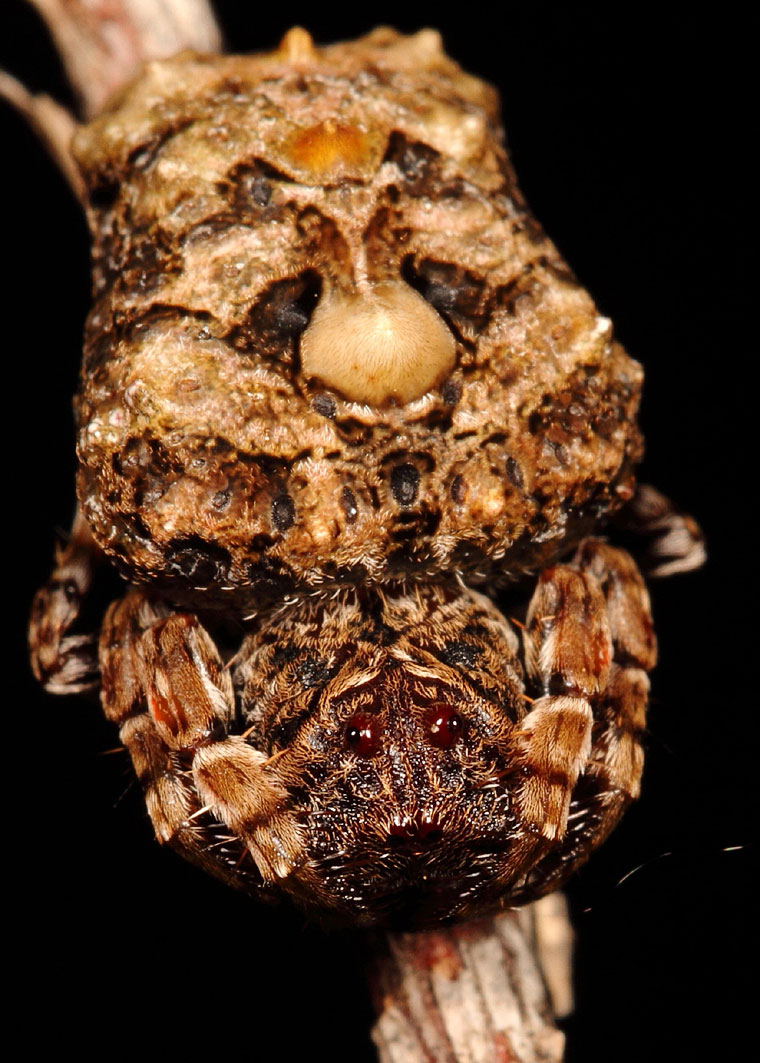 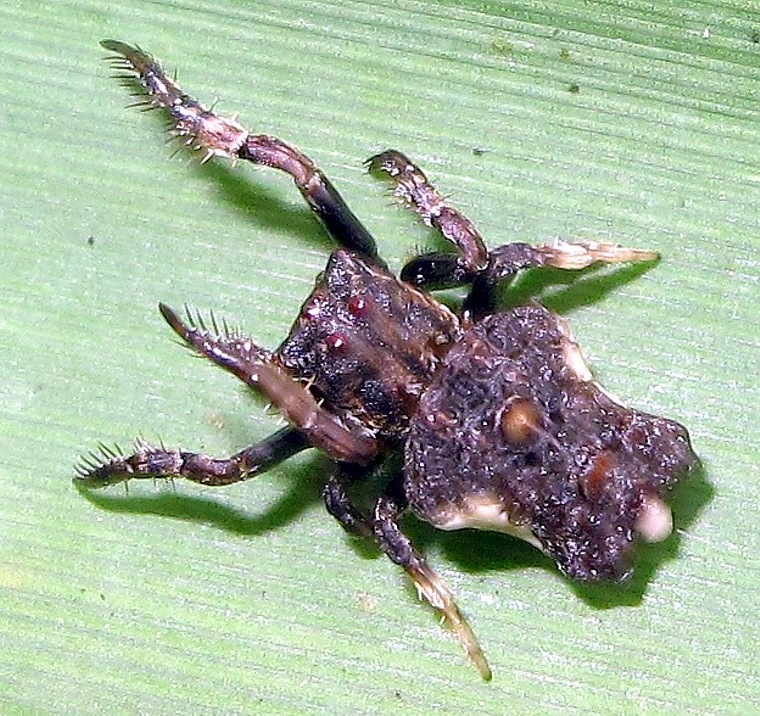