This medium-sized lynx spider found in central and northern Queensland hunts on vegetation in the daytime. It pounces on prey like other lynx spiders. It can range from greenish to white with pink flecks, probably changing according to vegetation colour. The species name albescens is Latin meaning pale, whitish or becoming white with age. Koch remarked Oxyopidae were extemely difficult to separate to genera and species because of the similarity between epigynes and the complexity of the rather obscure and difficult to read palps. Koch's drawing seems to show a more strongly procurved second or posterior eye row, curved towards the front, rather than more or less straight as in later drawings by Judy Grimshaw. When L. Koch wrote about Peucetia in 1878 he mentioned albescens was the only species known from Australia. Later, in 1914, Hogg described P. margaritata which has much bigger posterior median eyes. Neither Koch nor Grimshaw drew the rather prominent spots on the legs. ♀ 7mm ♂ 5mm 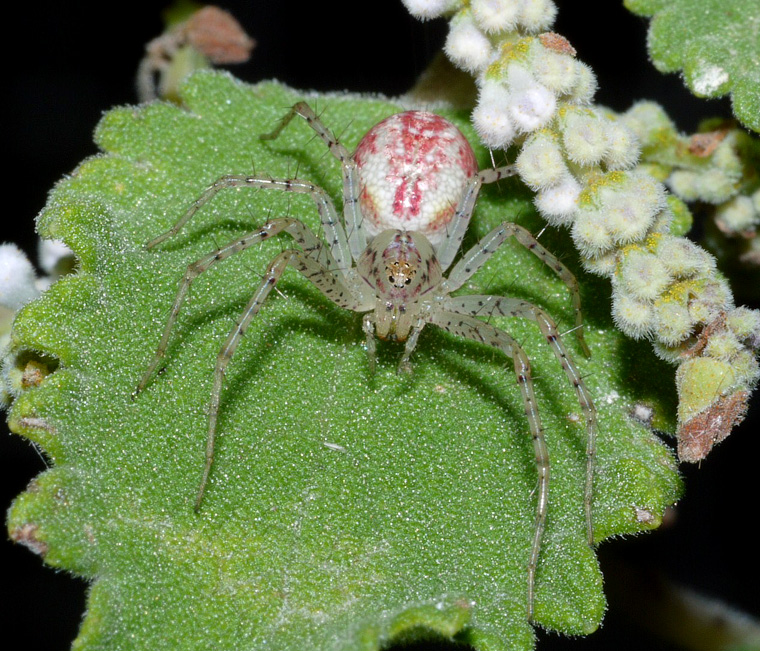 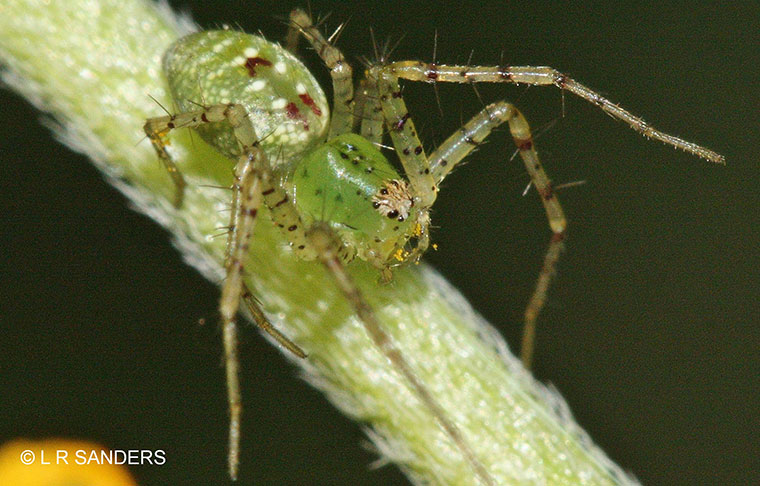 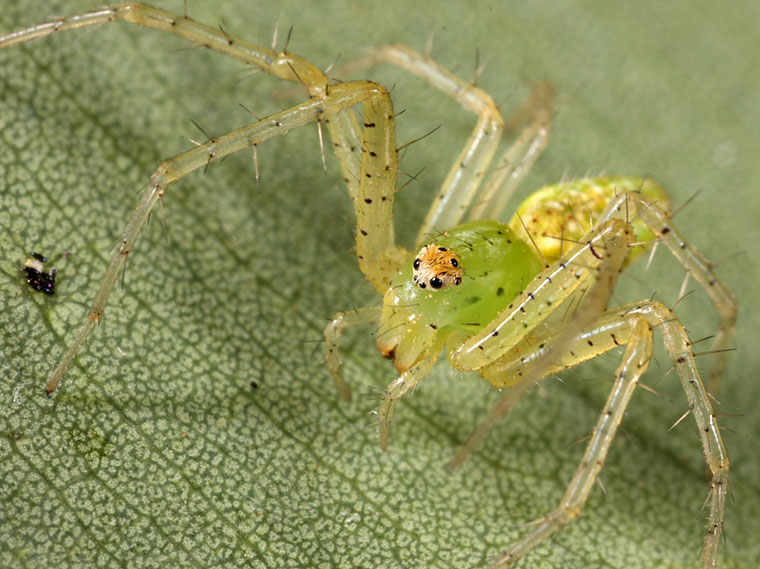 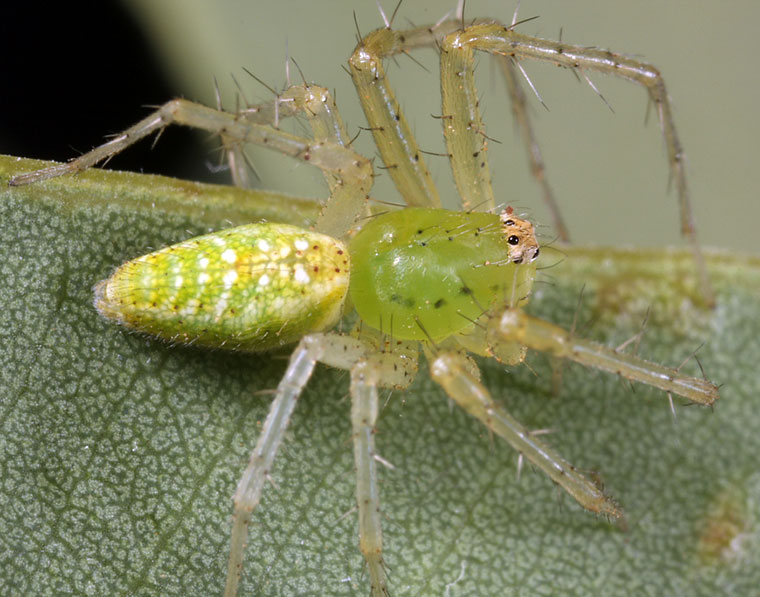 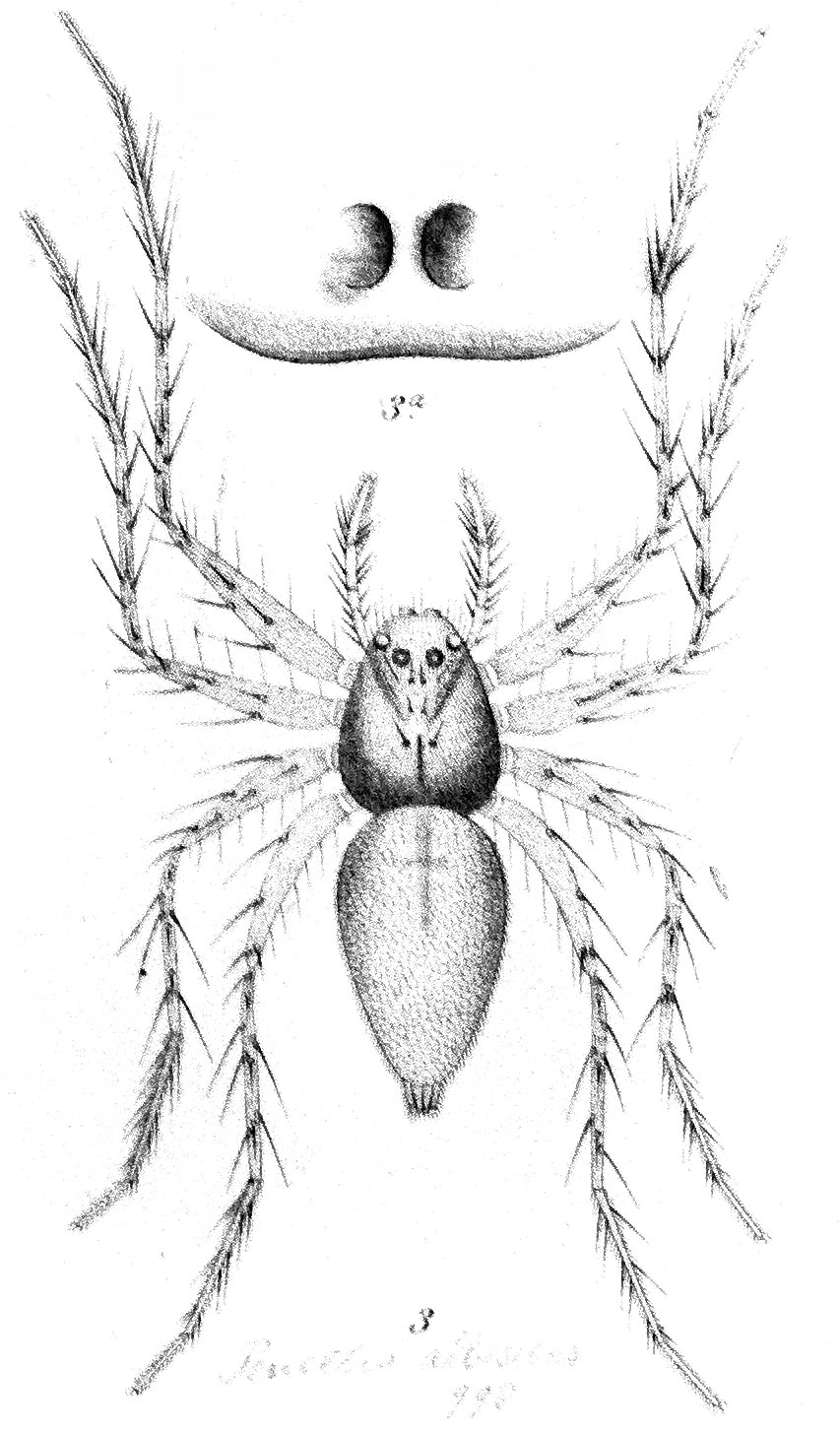