Australia has one official species of Herennia. Several other species are found across regions immediately north including tropical and subtropical Asia. There is another Australian Herennia in North Queenland as yet undescribed, having been observed there by Greg Anderson and Robert Raven (Greg Anderson pers. comm.). Herennia oz like other species in this genus is known for the wavy edges of its abdomen, a ladder web close to treetrunks and having a very small male compared to the female. Coins bearing the image of Herennia Etruscilla, the wife of Trajan Decius, not unlike the appearance of the spider, may have been the inspiration for Thorell to name the genus. The much smaller males mutilate and sever their pedipalps, which are often found stuck in the female genital openings. (Kuntner, 2007) In her illustrated guide to the genera of Australian orbweavers, Davies (1988: plate 18) provided illustrations of a female of Herennia oz from the Northern Territory and a male Herennia papuana from Papua New Guinea. The female is accurate but unfortunately the palp of the male was damaged and labelled incorrectly. (Kuntner, 2007) ♀ 12mm ♂ 2.75mm 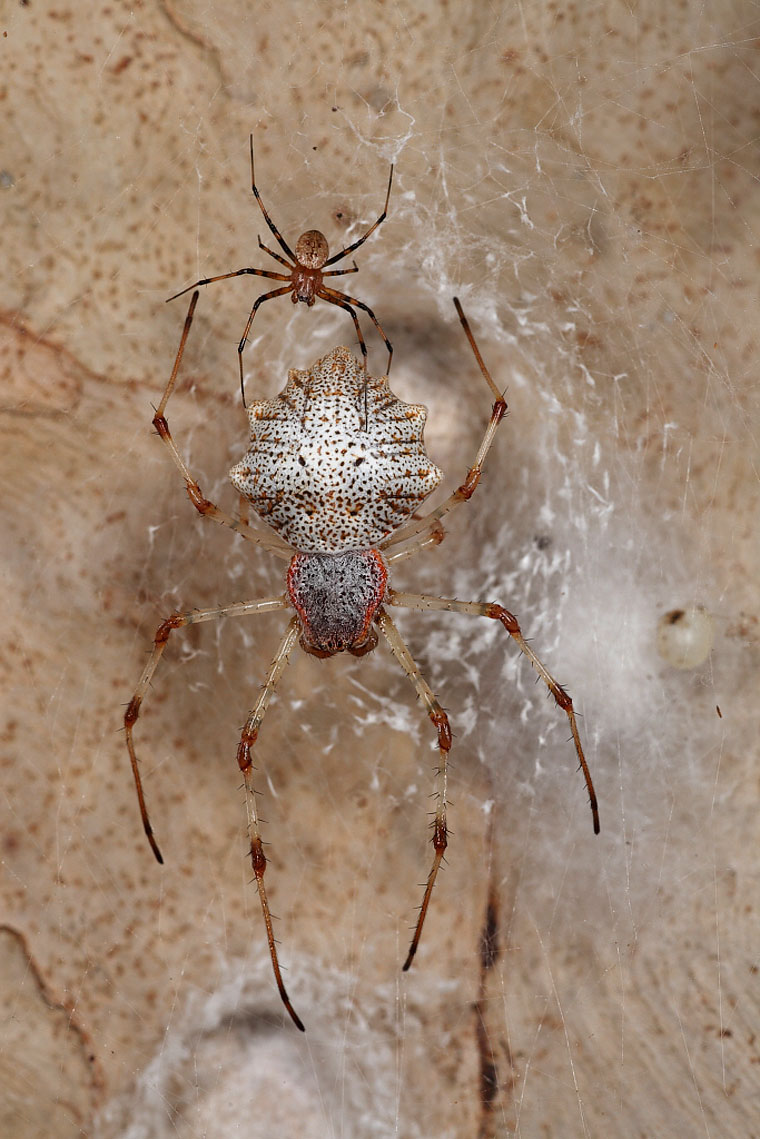 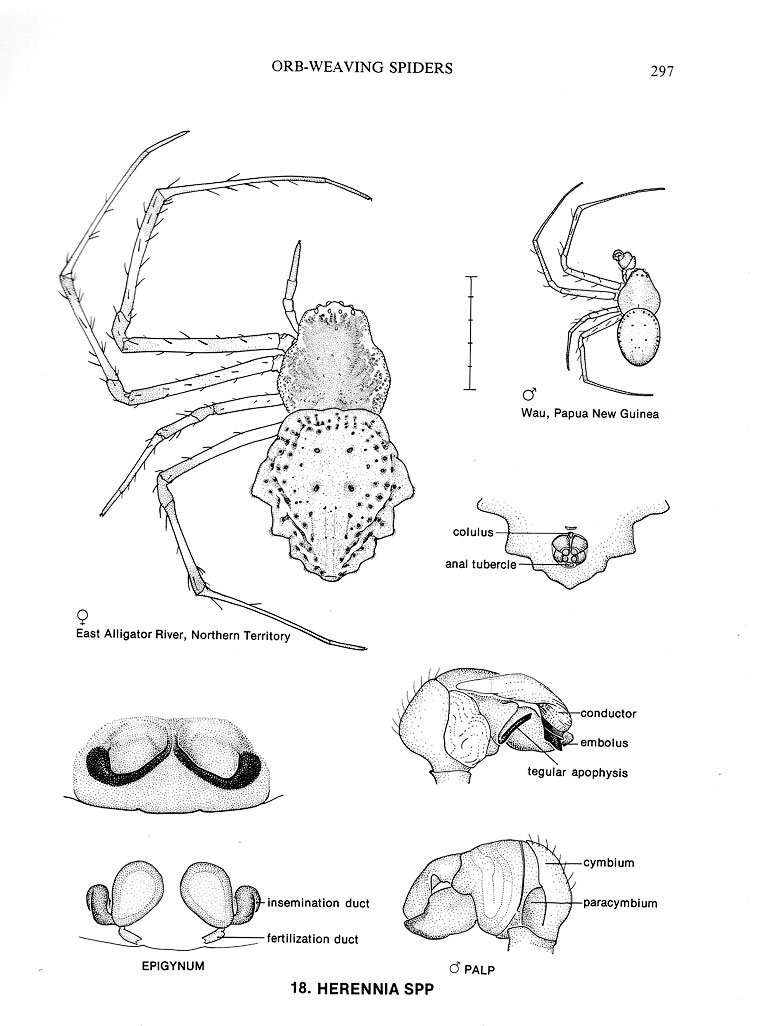