A common and widespread two-tailed spider found in South-east Queensland, New South Wales and Victoria. Like other Herisiliids, difficult to see because of its camouflage against tree back where it is found, usually head down. Perhaps the best known Tamopsis species - other species may have been included in guides under this name. Its colour and pattern seems readily adaptable to changes in the surface it hunts on, dark forms being common on charred tree trunks. It can be grey, brown or black with intermediates of these forms possible. The male is a little over half the body length of the female and has relatively longer legs. Mascord records the egg sac as being an oval disc, 10mmx7mm with 35-50 translucent, off-white eggs .6mm in diameter. The egg sac is also coloured to be similar to the bark around it. They prey on small invertebrates, mostly insects and other spiders. Fickert was an arachnologist working around the same time as L. Koch and Keyserling. ♀ 7mm ♂ 4mm 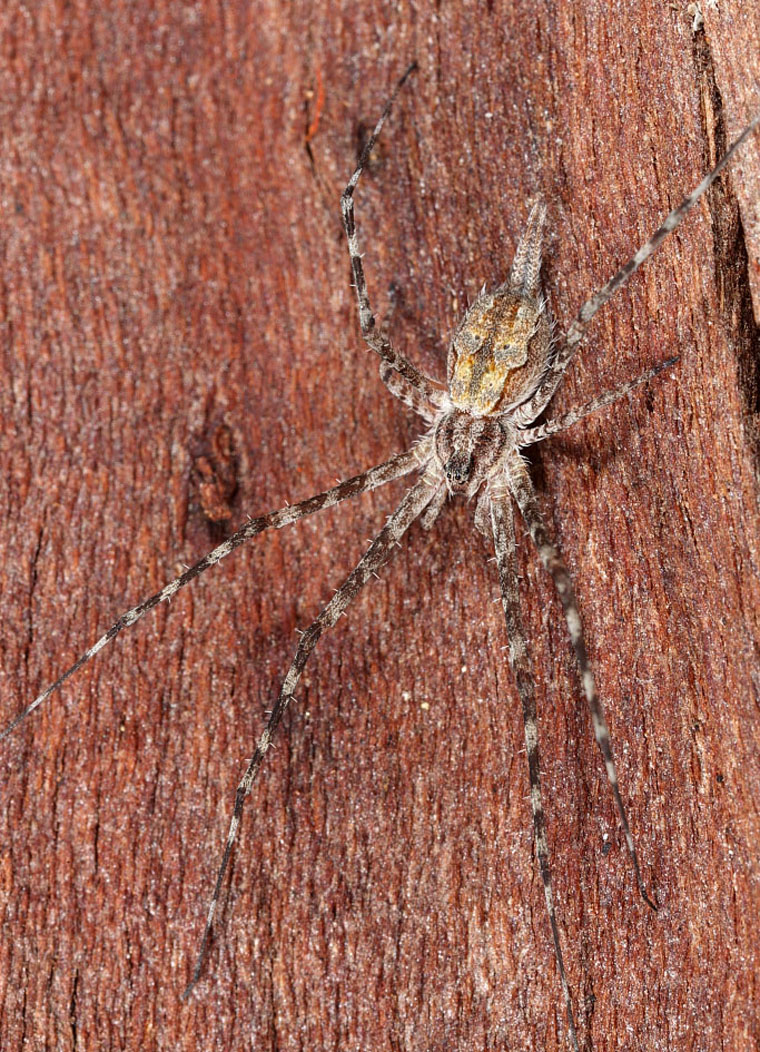 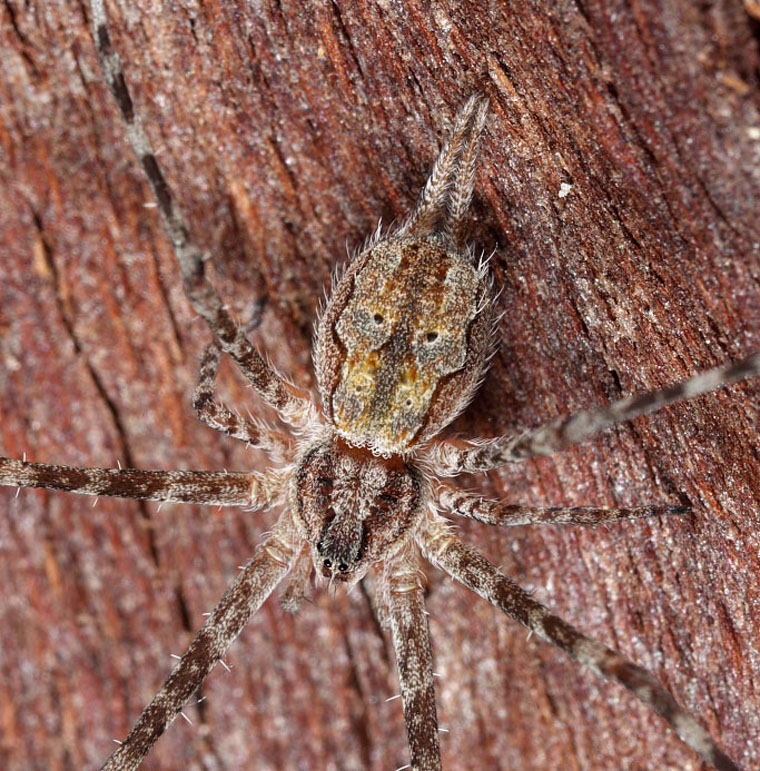 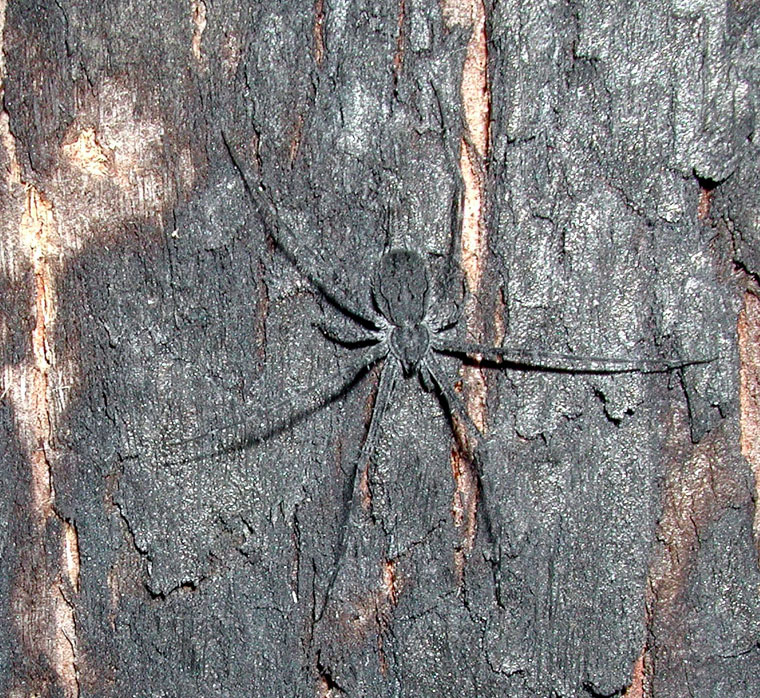