A small to medium-sized, slender spider in rainforest and open woodland in northern Australia. The female nearly perfectly mimics the green ant, Oecophylla smaragdina. It is an example of Batesian mimicry where the mimic has evolved to resemble relatively unpalatable animals to appear unpleasant to predators. This spider lives near colonies of green ants, when it gets too close it may be attacked - if so, it flees. The species names come from the ant it mimics, which in turn refers to the yellow-green colour of the ant's gaster. The hugely elongated chelicerae of the male, thought to resemble a food parcel or larvae, as an ant would carry them, are about the same length as its carapace. To our eyes the male is not as successful in its mimicry, but it is not known whether its predators are capable of spotting it more easily than the female. Males used their englarged, spiny chelicerae in combat, which may be selecting for larger chelicerae if victory in combat leads to mating success. Retreats are usually built on the upper surface of leaves, the males building sheet-like retreats, and the females building woolly-looking ones. (Ceccarelli, 2010, 2009, 2008) ♀ 6mm ♂ 6mm 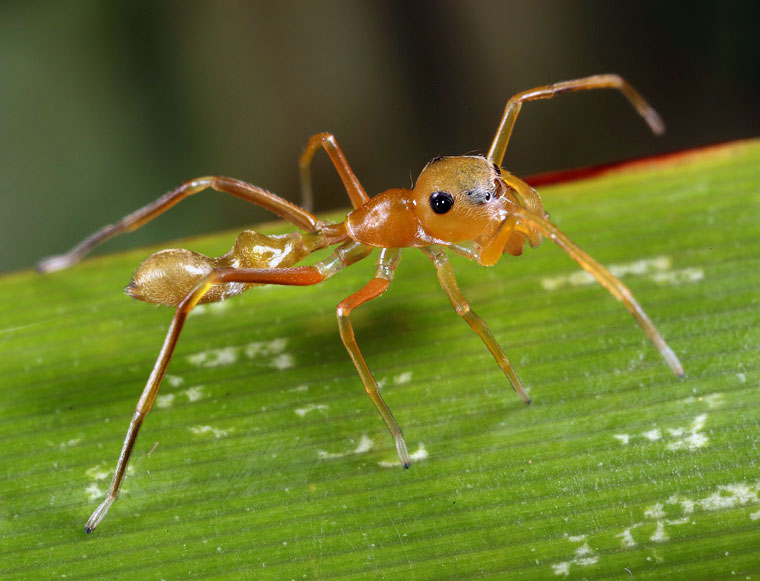 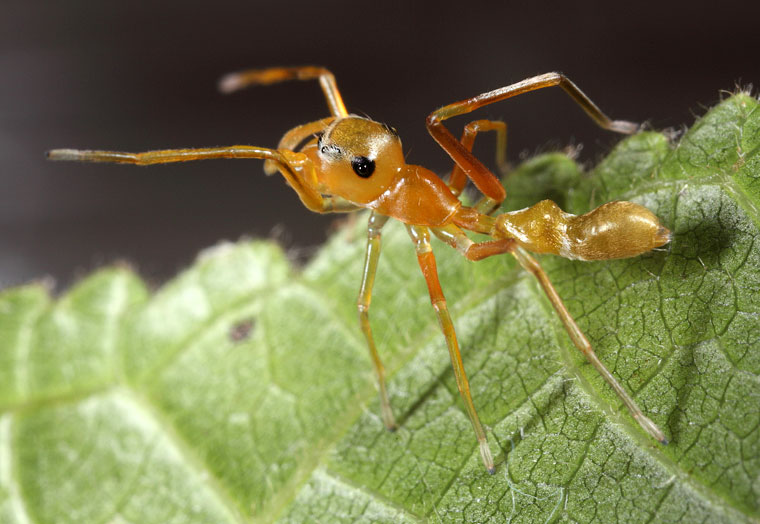 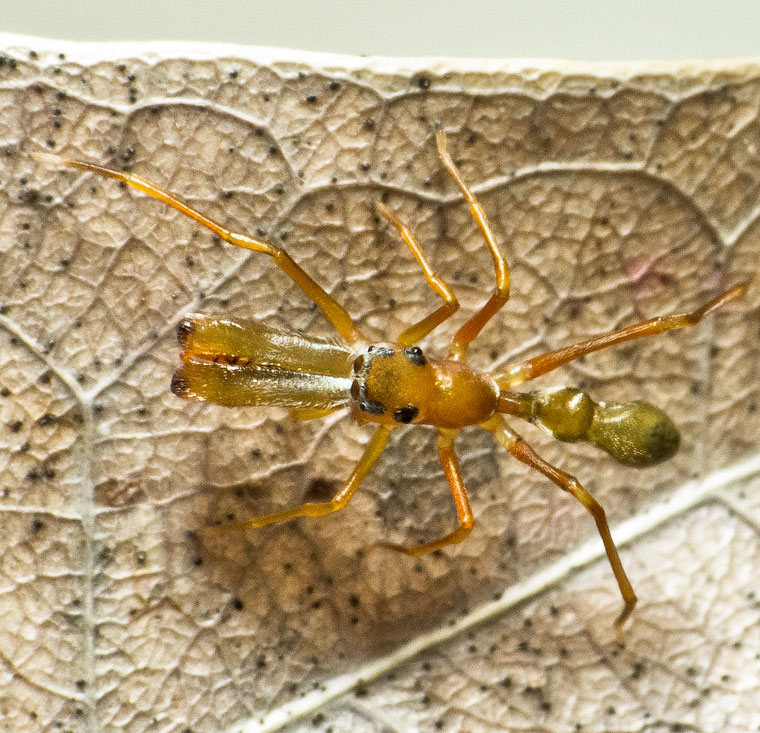 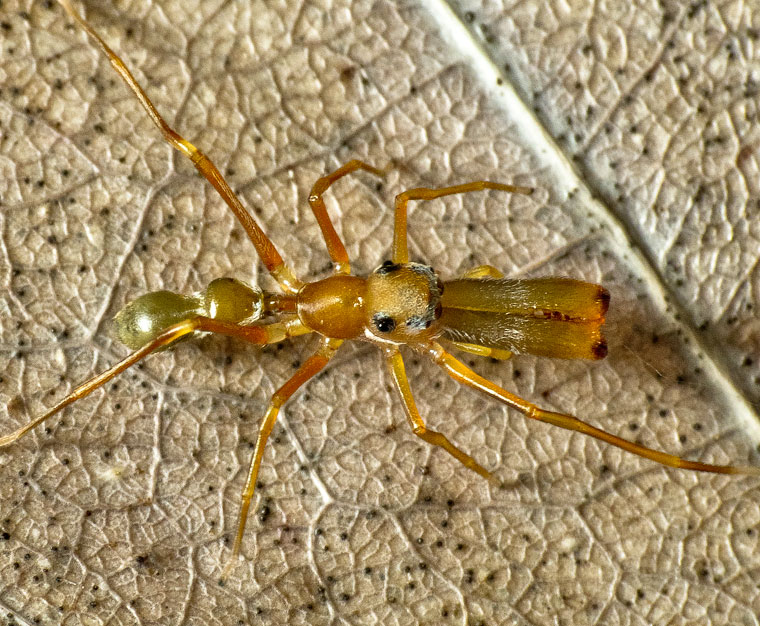 Male adult from below with palp, Cairns IRM-117

The penultimate male looks exactly like the female - the change to the adult form being massive and dramatic. It begs the question, where does all this new material hide during the final moult? Does it grow rapidly, unfold, inflate? 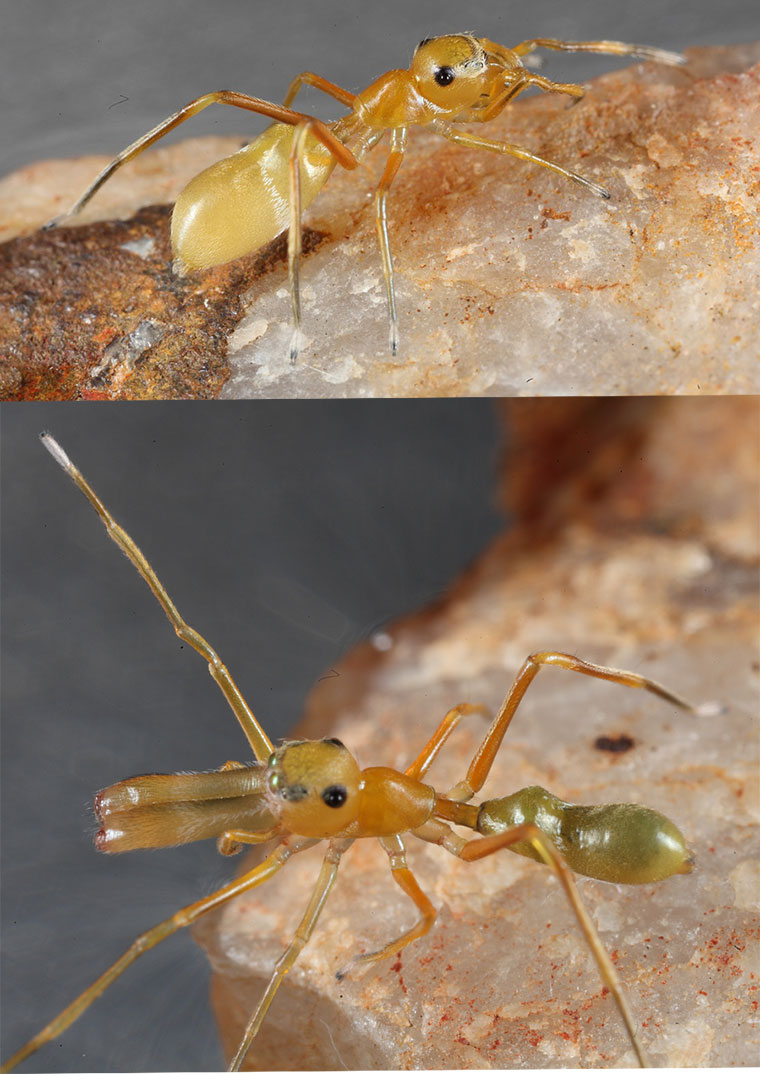 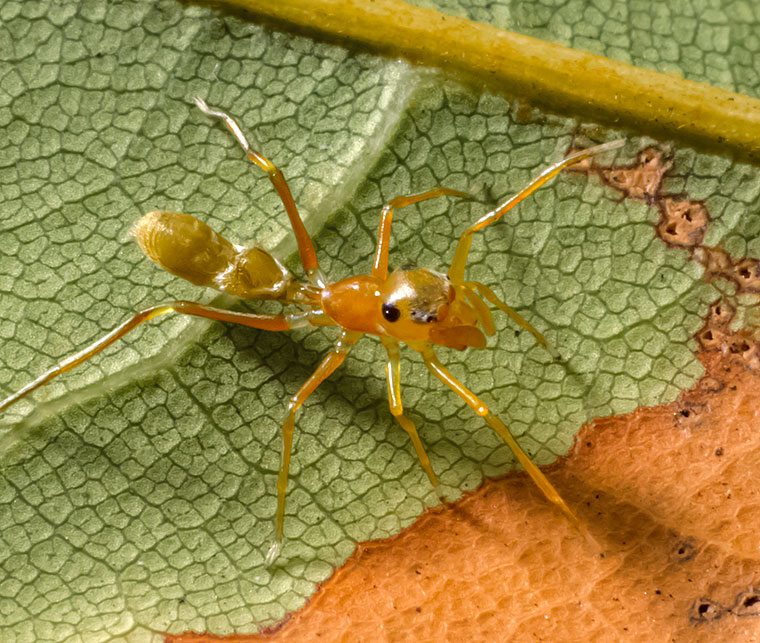 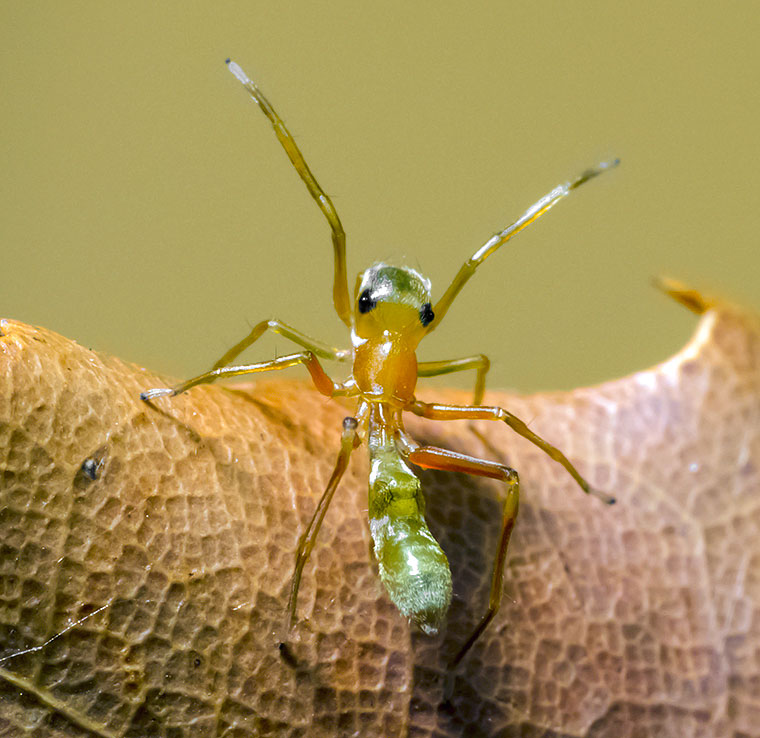 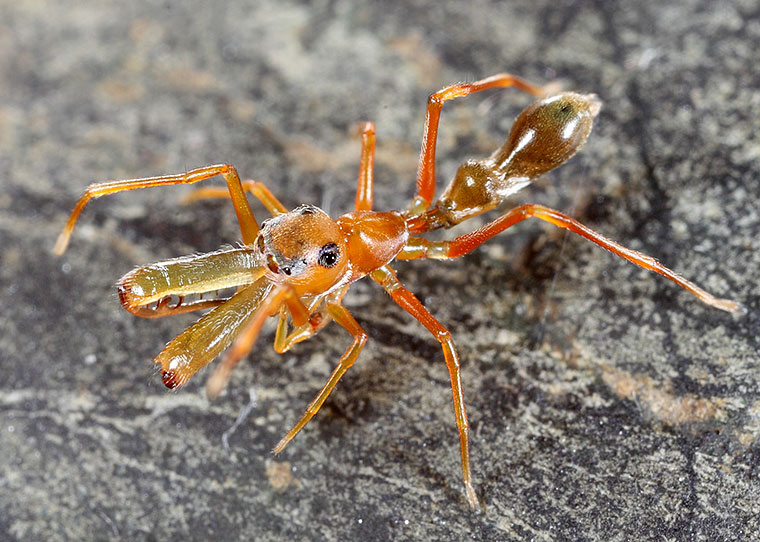